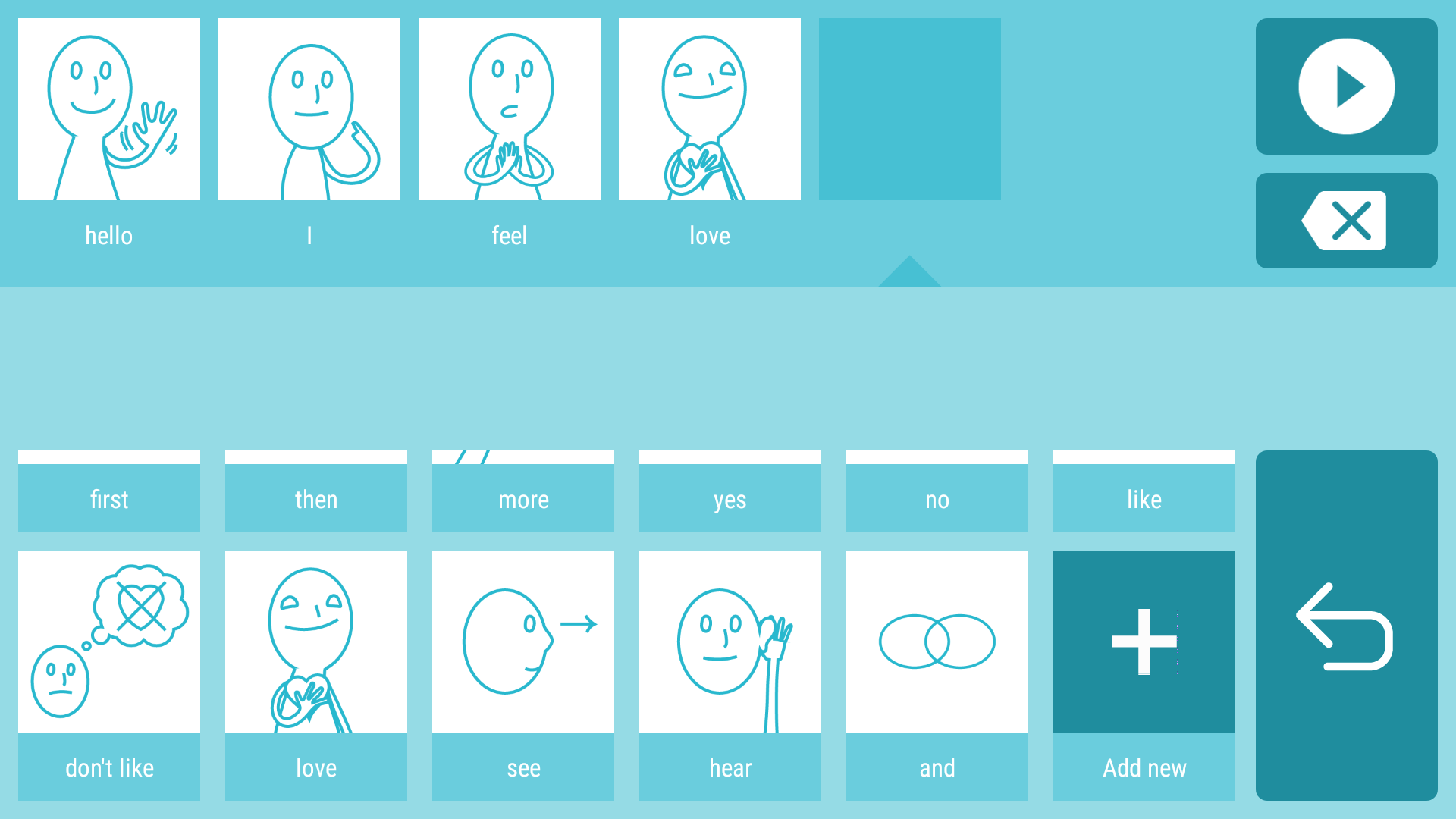 If you listened to last week’s episode of 99% Invisible, “The Worst Smell in the World,” you’ll know all about the story of Liquid ASS, a spray that started out as a joke product but has since gained a second life, helping U.S. Army medics prepare for the grim reality of treating battlefield bowel injuries. It turns out Liquid ASS is just one of many products initially designed to meet one purpose before being adapted to suit another.

Well, SwiftKey may have just found its Liquid ASS. The company’s newly released messaging app, SwiftKey Symbols, leverages the technology pioneered by its mainline app to help autistic children communicate with others.

Like the company’s core app, SwiftKey Symbols keeps track of what the user is inputing so that it can later speed up the typing process. It also attempts to suggest symbols based on the time of day. For example, when used sometime close to 12 p.m., the app will suggest symbols related to food and lunchtime.

“A lot of the current communication tools on the market are often too slow to select a particular image a child might choose,” says Ryan Barnes, a member of the SwiftKey team, in a statement send to MobileSyrup.

“We realized that SwiftKey’s core prediction and personalization technology – which learns from each individual as they use it – would be a natural fit for people on the autistic spectrum who respond particularly well to routine-based activity.”

According to the blog post announcing the app, the initial version of Symbols was built over the course of two of the company’s Innovation Week events. It’s being released through SwiftKey’s Greenhouse initiative.

SwiftKey Symbols is free to download on the Google Play Store.