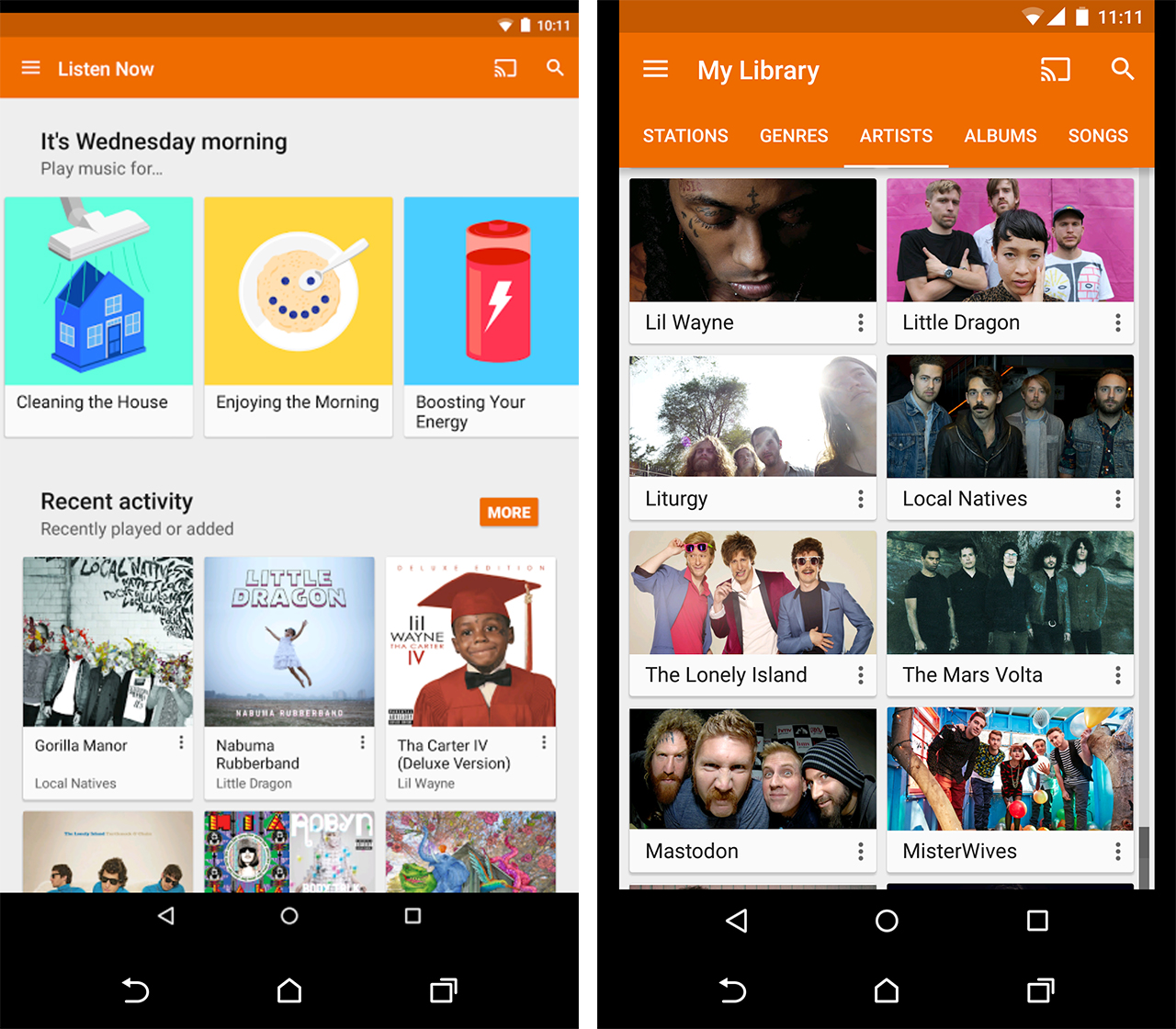 But Songza fans don’t need to worry; the music streaming platform’s most popular features are set to be deeply integrated into a new free tier of Google Play Music.

“We’ve worked to provide a simple way to give you the right music for the right mood and moment,” said Peter Asbill, Google Play Music’s product marketing manager, during a press conference today in Toronto.

Google Play Music now includes a free, ad-supported tier that operates similarly to Songza, letting users select from expertly curated lists based on mood, genre and a variety of other factors and categories. Playlists range from specific genres and eras – early 90s Canadian hip hop, for example – to “Pre-gaming” before a night out with friends. Another colourful playlist is entitled “Quitting your job.” 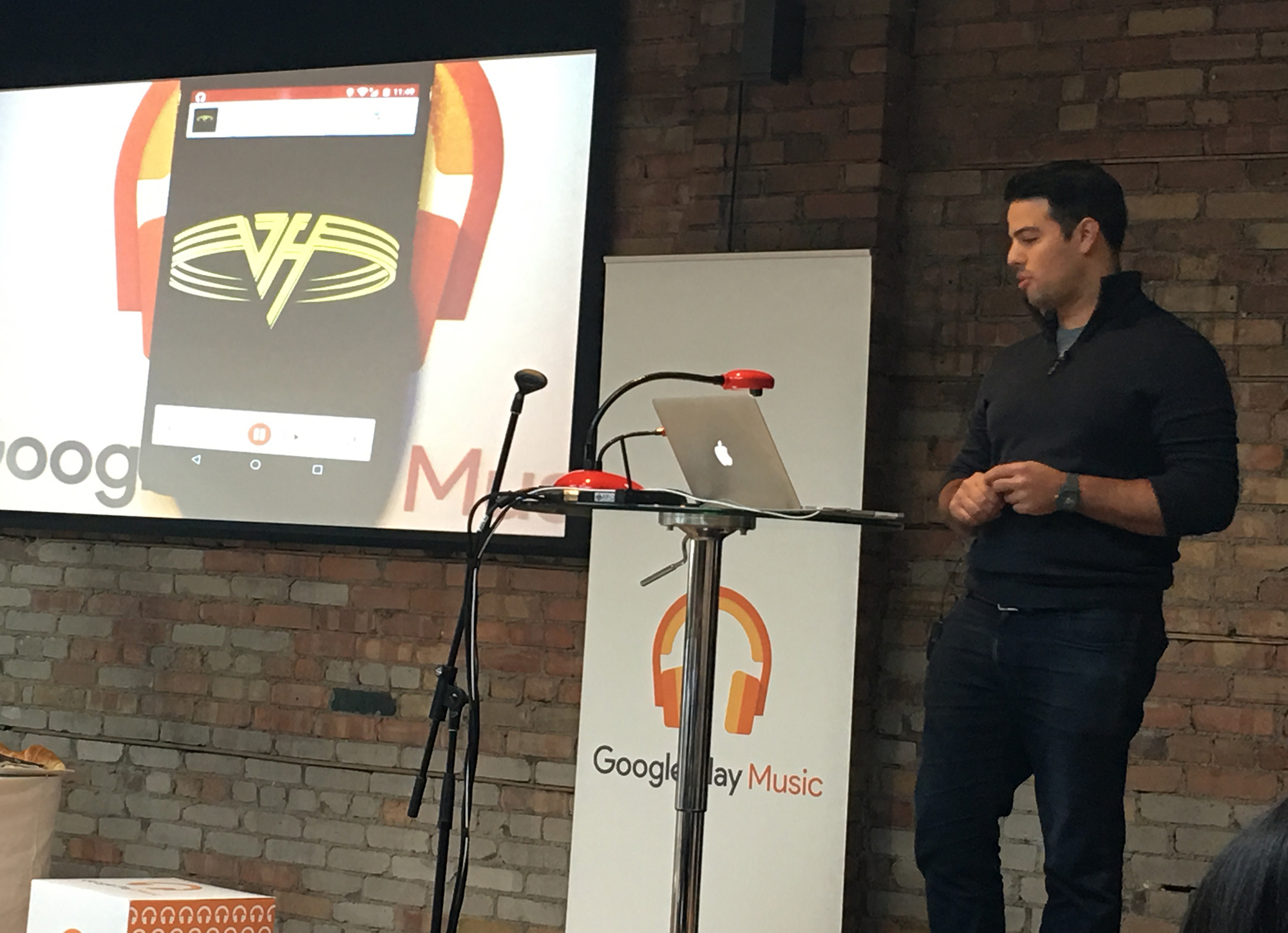 “The concierge has been in Google Play Music behind the paywall for probably over a year at this point. The [music concierge] carousel is now at the top of Google Play Music and it’s where we anticipate what you’re doing or might be feeling at that moment. We show you a situation that you might need music for,” said Eric Davich, one of Songza’s four co-founders who continues to work at Google Play Music in the platform’s marketing department.

Google Play Music has opted to keep most of the quirky and oddly specific playlists Songza currently offers. For example, during my brief hands-on time with the service’s Concierge mode, I stumbled across a collection of tracks called “Entering Beast Mode” and “Floating Through Space”.

Google also outlined how it plans to make the process of transferring user accounts from Songza to Google Play Music as simple as possible. Information from Songza user accounts such as playlists, as well as other preferences, is set to be carried over to Google’s streaming music service when Songza ceases operations on January 31st, 2016. 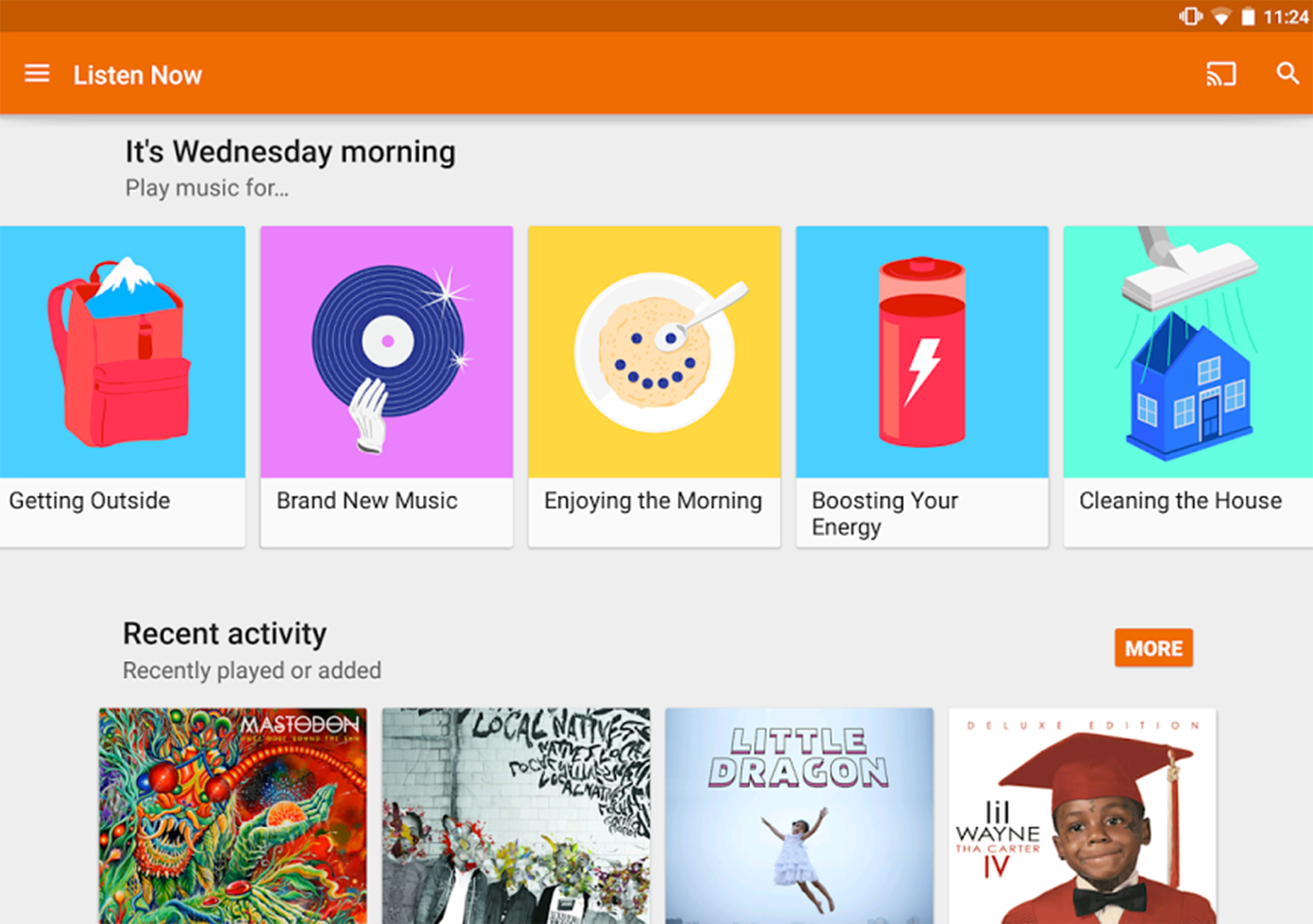 Davich emphasizes that while Google Play Music’s new free tier is supported by advertisements, his team has made an effort to ensure the ads don’t ruin the user experience.

“We’re still experimenting with what ad platforms are going to work well with Google Play Music, but since [the free tier] is ad supported we will be rolling out different kinds throughout the experience. Nothing that will interrupt the songs, though. Currently the only thing that we know that is going to be in the product is display ads and video ads that play before the song starts,” said Davich.

Google’s music platform also plans to add support for podcasts at some point in the near future. While the ability to upload podcasts has been available in other regions for a few months now, Canadian content creators are now able to access Google Play Music’s portal for podcasters in order to upload their shows before the feature is publicly launched. The search engine giant says that it plans to use its concierge service to recommend podcasts to users.

Google’s shift to finally combine Songza and Google Play music is yet another example of the increasingly competitive music streaming space consolidating. Rdio recently announced its assets have been acquired by Pandora and that the company is set to close shortly. 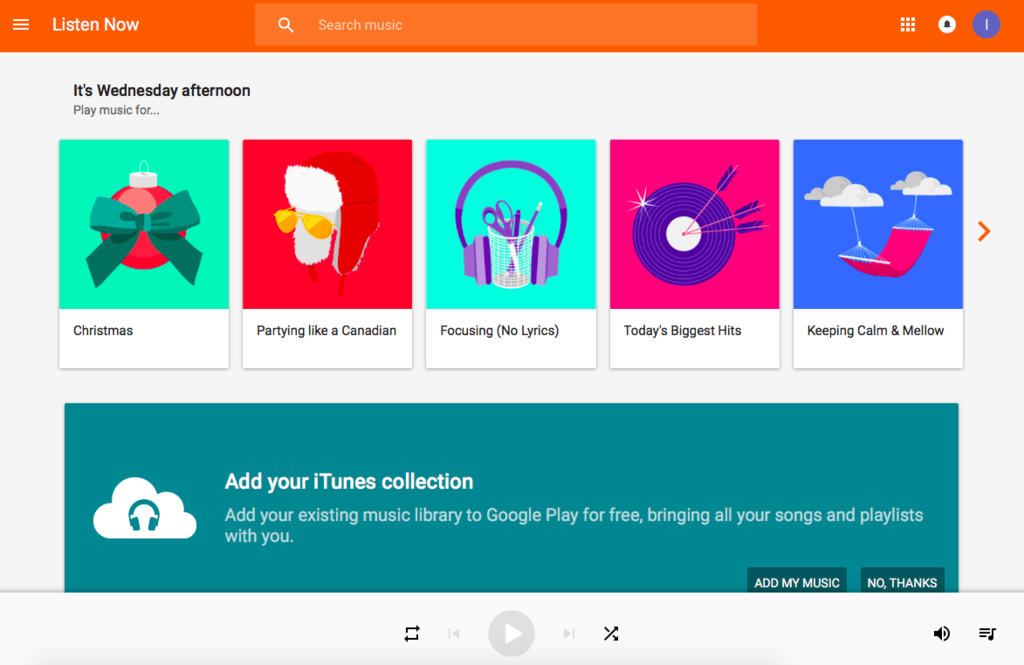 “It’s putting [Songza’s best features] at the forefront of Google Play Music, which has been part of the reason why we’re so excited about still being here at Google. It’s not just that Google has acquired us and we’re working for Google, we’re very much involved in product development and what we’ve always done at Songza is the core of this user experience, and this is now being brought to dozens of countries around the world. With Songza we only had the concierge in two countries,” said Davich.

Google Play Music also revealed that it is now available in 60 different countries and features a library of 35 million songs. The paid tier of Google Play Music will continue to be priced at $9.99. Google’s recently launched YouTube Red, which gives users access to ad free music and videos on YouTube for US$9.99 on mobile and US$12.99 on desktop, is set to launch in Canada at some point in 2016.

While Songza’s desktop and mobile apps will cease operating on January 31st, users will still be able to transfer their user accounts to Google Play Music following this date.

Google Play Music is set to be available on iOS and Android.