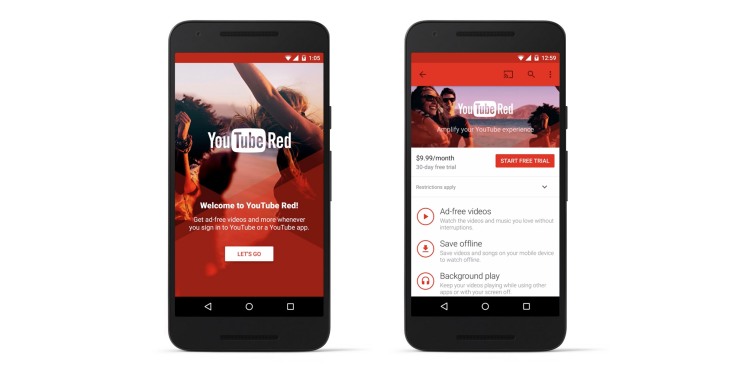 Launching in the United States on October 28, the service, which costs $9.99 USD per month, grants users the ability to watch YouTube’s entire library of content without having to sit through any ads. In addition, subscribers can download any video that’s been uploaded to the platform to their mobile device for viewing later.

Also landing alongside the service is a new app called YouTube Music, which will allow Red subscribers to listen music that has been uploaded to YouTube on their phone and in the background, turning the platform into something of a Spotify clone. To add icing to the cake, anyone that subscribes to YouTube Red will gain access to Google Play Music (and vice versa).

Lastly, starting in 2016 Google will begin uploading exclusive content that only subscribers will be able to access. These videos will be created by the platform’s most popular creators.

When we reached out to Google to find out when the service will launch in Canada, the company told us it doesn’t have a definitive date yet, but that it does plan to launch it sometime in 2016.

YouTube Red will start releasing some of its movies in theatres