Twitter charts the rise of Black Friday in Canada 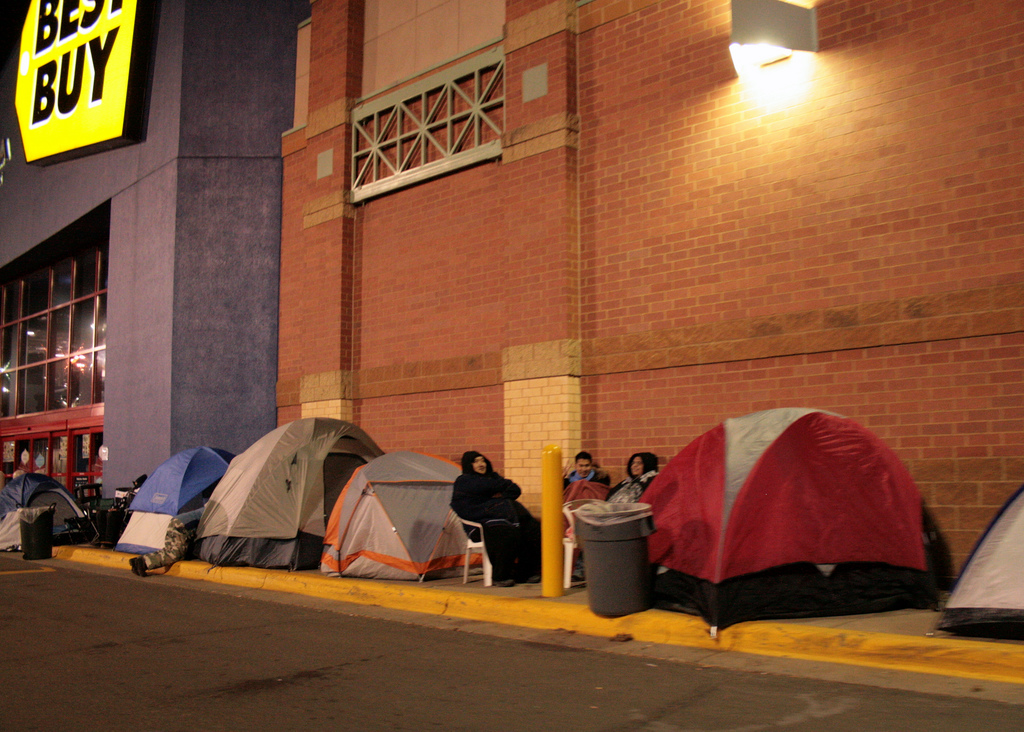 With a significant number of Canadians spending their downtime today and over the rest of this weekend looking for deals in what has become an annual North American ritual, I wanted to see if there was a way to track the growth of Black Friday. After all, it’s only been in the past few years that it has become an event in Canada.

According to data collected by Twitter, the amount of people talking about the annual consumer event has increased dramatically over the past several years.

Between 2012 and 2013, there was a 22 percent increase in the number of Canadian tweets specifically referencing the #BlackFriday hashtag. One year later, usage of the hashtag had increased by another 7 percent over the previous year.

In 2015, Canadian Twitter users are set to shatter those records. By 5 p.m. on Thursday evening, the volume of tweets mentioning Black Friday had already reached 75 percent of their 2014 levels. When Ivan Pehar, strategic account Manager at Twitter Canada, and I sat down to talk the numbers over the phone early Friday morning, he said he and his co-workers had already seen double the Black Friday engagement compared to the same time last year.

In part, he attributes this increase to more people simply using the platform. However, he also points to a change in how the event has become perceived in Canada.

“I hate to compare it to the Paris terror attacks, but when you think about what happened in France a few weeks ago, the first place people went to find out what was happening in real-time was Twitter. Every time these type of events happen, it drives more usage. So I think it’s fair to say on the heels of certain events happening, people are compelled to use Twitter.”

In other words, for better or worse, Black Friday has become an annual event in Canada.

That said, it’s important to note the Canadian growth of Black Friday did not happen because the country’s consumers were envious of the deals our neighbours to the south can snag after American Thanksgiving. Retailers have made a conscious effort to grow the event in Canada, and in doing so, companies like Best Buy have tagged Twitter as one of the best ways to convince Canadians to spend their money searching for good deals.

“It’s not a list minute thing where companies say, ‘Hey, we have to book something on Twitter,’” says Pehar. “It involves planning months and months in advance.” In fact, according to Pehar, Best Buy approached Twitter Canada about doing something special for this year’s Black Friday as the dust was settling on last year’s event.

If you can’t get enough of the deals that become available this time of year, you can expect Black Friday to be an even bigger thing next year. Pehar says brands are starting to talk about how to make Cyber Sunday into a thing. Joy.