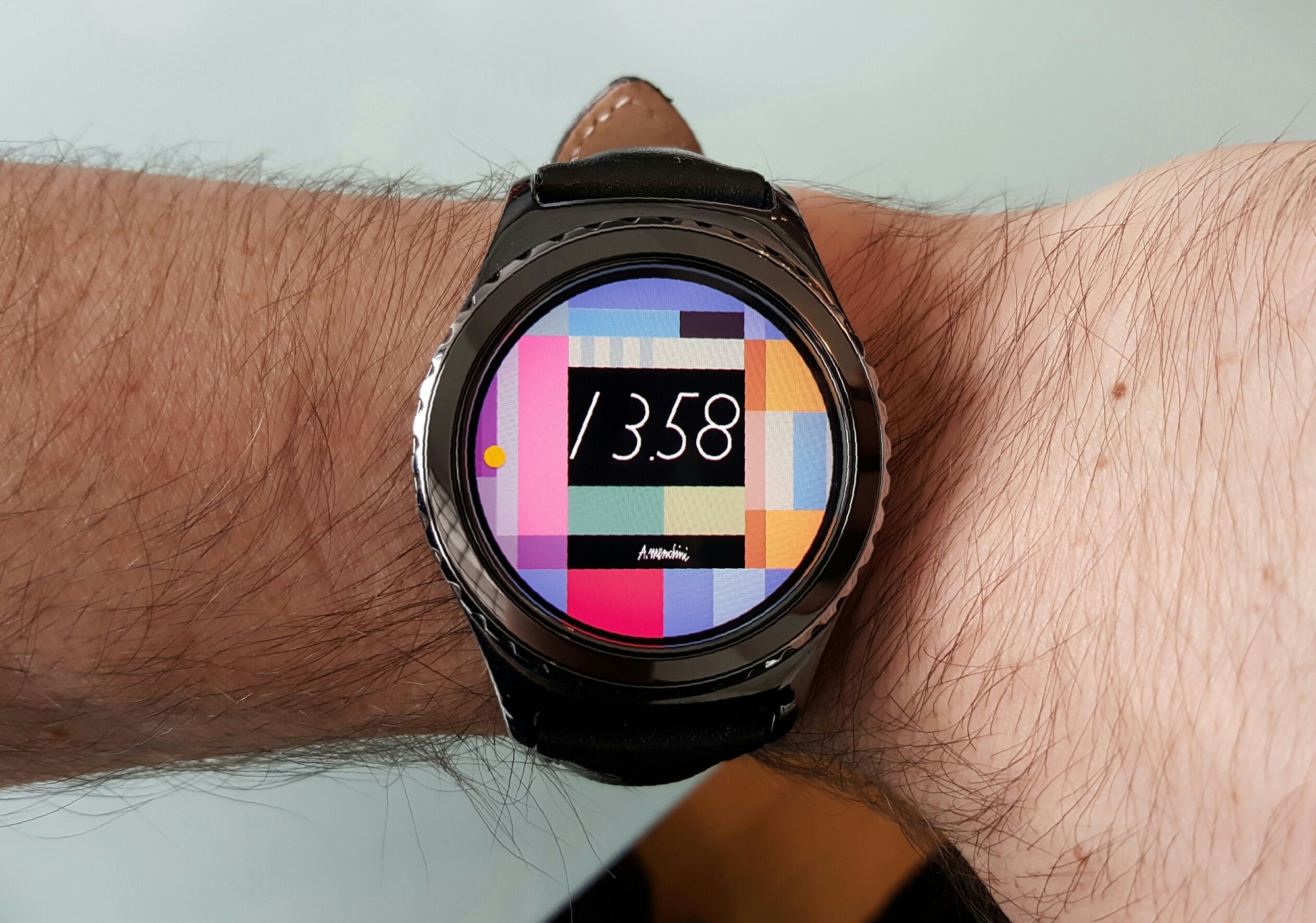 The Gear S2 smartwatch hasn’t made the sorts of waves its creator, Samsung, likely wanted by this time in its release cycle. That’s a shame, too, since the wearable is by far the company’s best to date, and, for the first time, is compatible with other Android smartphones.

For early adopters, the Samsung Gear S2 has received a fairly significant update, fixing a number of bugs and adding a few requested features. 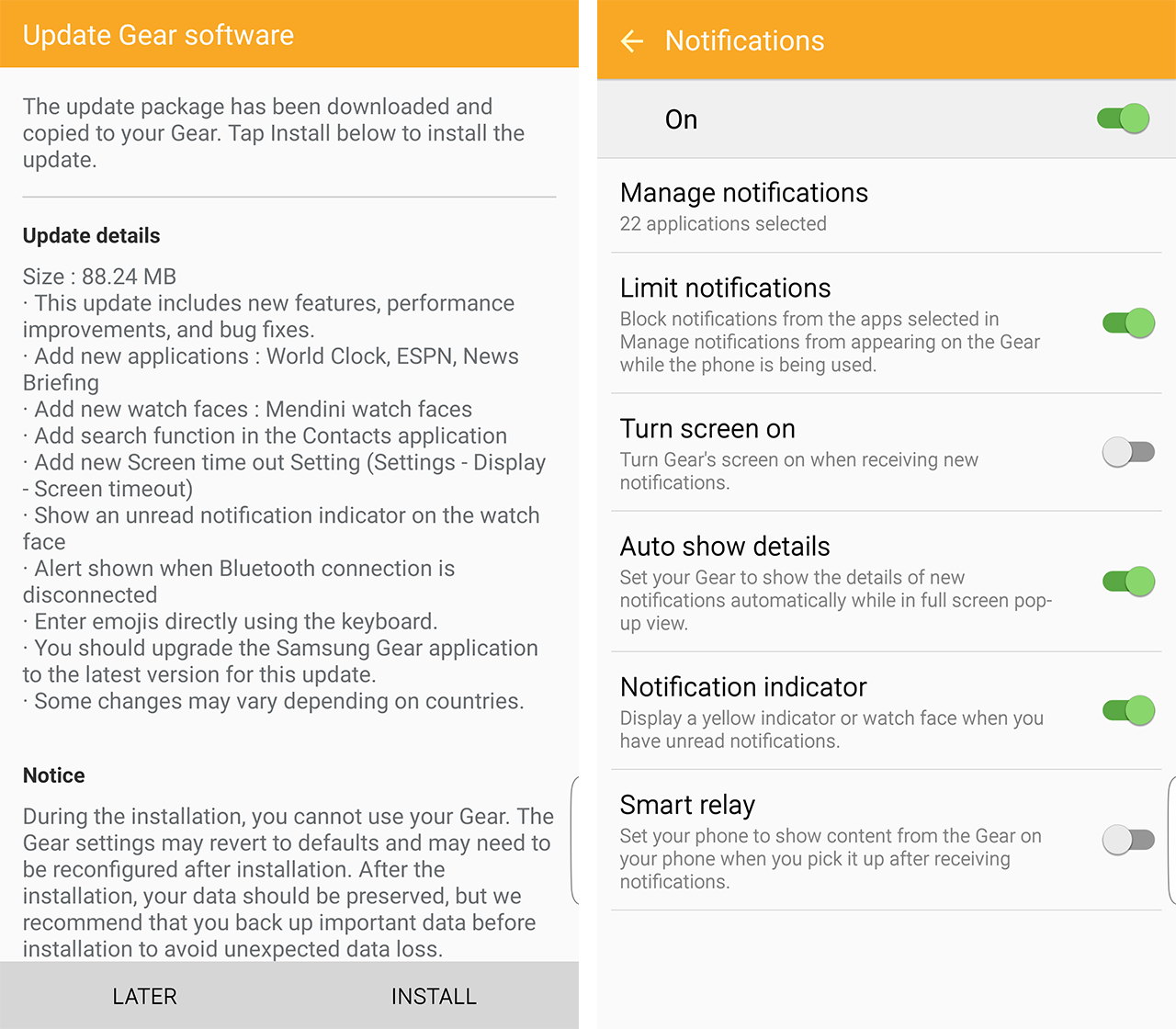 Specifically, the device now pre-installs a number of applications that were previously optional: World Clock, ESPN and Flipboard’s News Briefing are all installed by default on the smartwatch, living alongside others like CNN, Nike+, and Bloomberg.

The smartwatch also comes with a set of interesting watch faces by famous Italian designer, Alessandro Mendini, with whom Samsung worked to design custom faces and bands for Samsung’s newest wearable (one of which can be seen above).

Perhaps the most important update is a small one: the addition of a yellow notification indicator on the left of the watch face whenever there is an unread notification. While it can be turned off, a lot of people will likely find the addition useful.

A few other improvements, including the ability to add emoji from the tiny built-in keyboard, are not quite as notable, but since installing the update I’ve noticed the watch to be considerably more stable, which is a plus.

To install the update, head to the Samsung Gear app on your smartphone.