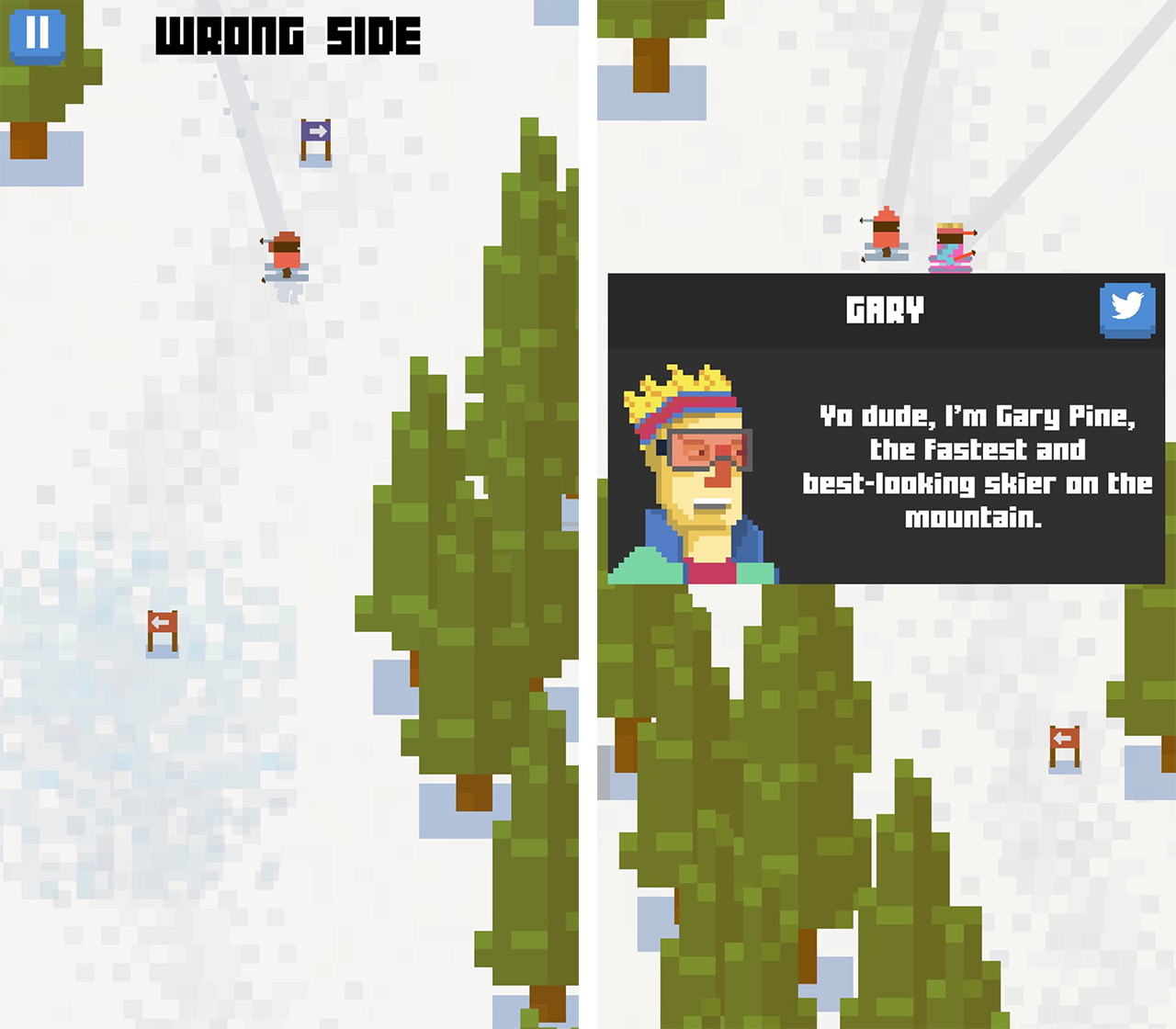 Similar to other titles you’ve seen pop up in past Game of the Week stories, Skiing Yeti Mountain takes a simple, established genre and improves it in almost every way.

Its retro pixelated art style, a common visual technique used by a lot of independently developed video games, especially in the mobile space, gives the game a timeless look that’s reminiscent of pre 8-bit consoles like the Atari 2600 and Intellivision.

The game features hundreds of levels that progressively introduce new obstacles for the player to circumvent. For example, deep snow, deer and a skiier’s most terrifying enemy, trees, making slalom skiing down a hill a difficult task. The game also has a dark sense of humour that’s rarely present in mobile titles. After Skiing Yeti Mountain’s initial few levels, its narrator suffers from a tragic, yet hilarious accident. The game is full of clever dialogue like this and is one of the few on-the-go mobile titles where I actually enjoy its plot.

For me, what makes Skiing Yeti Mountain stand out from the pack of other mobile skiiing games are its simple and precise controls. The game can be played using just your thumb to shift your tiny pixelated skier’s centre of gravity (although a two finger control scheme is also available). 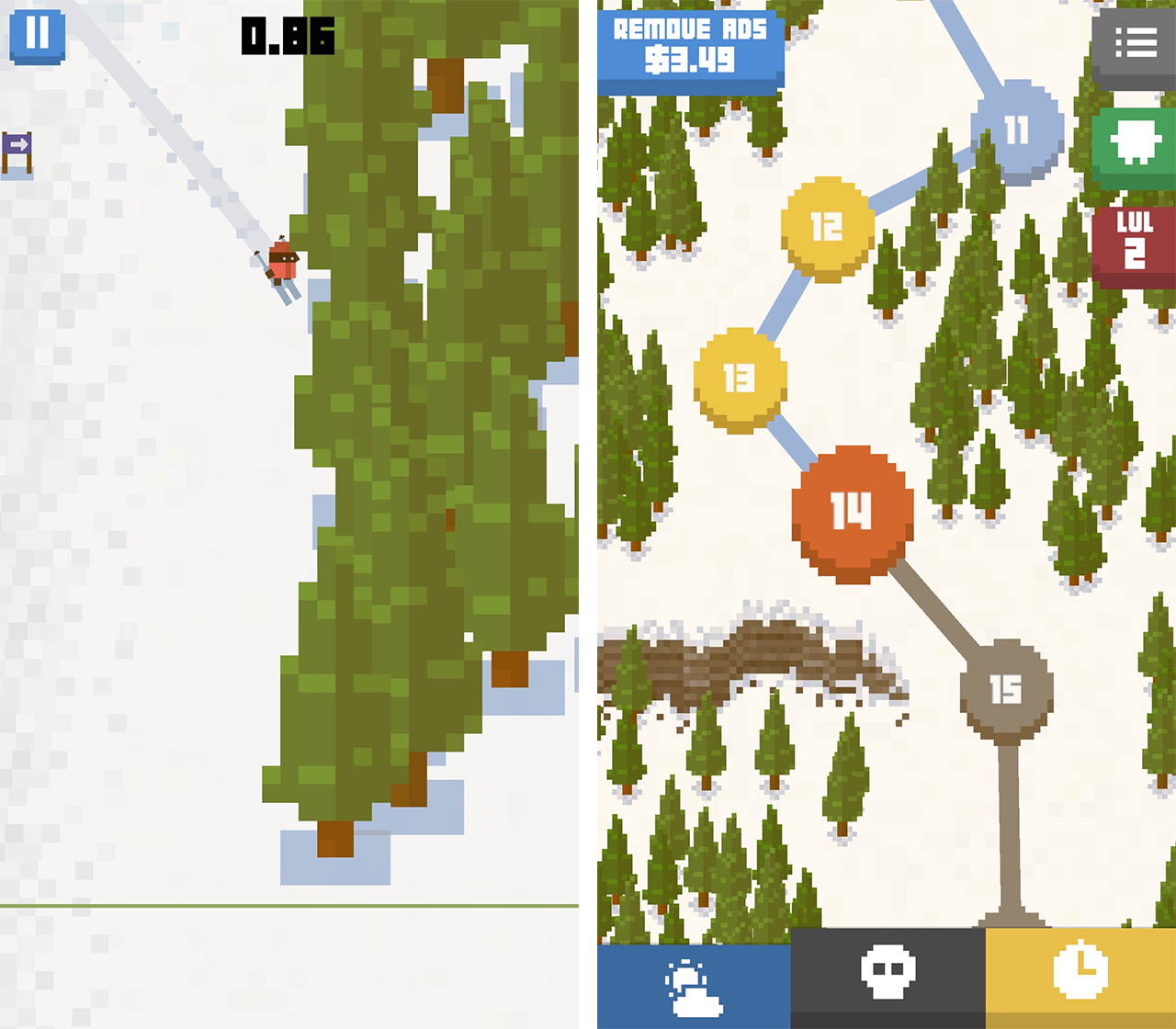 Soft touches subtly change the skier’s direction, allowing you to build up speed and longer screen swipes shift the skier’s weight quicker, allowing you to slow down and regain control and direction. This simple and intuitive control scheme makes navigating between flags a mesmerizing experience, especially when your slalom skiing hits a stride.

While the game is free-to-play, other than the occasional ad, the experience is in-app purchase free. You can remove ads from the game by purchasing it for $3.49 on iOS and $3.99 on Android.

As a side note, at level 145 an addictive endless skiing mode is unlocked in the game. It might take awhile to open up, but this mode is worth the effort. Fifty percent of Featherweight’s profit from the game is also given to Nepal Earthquake relief.

Skiing Yeti Mountain is free on both iOS and Android.