You didn’t ask for it, but Napster has ‘relaunched’ in Canada as a legal streaming music service 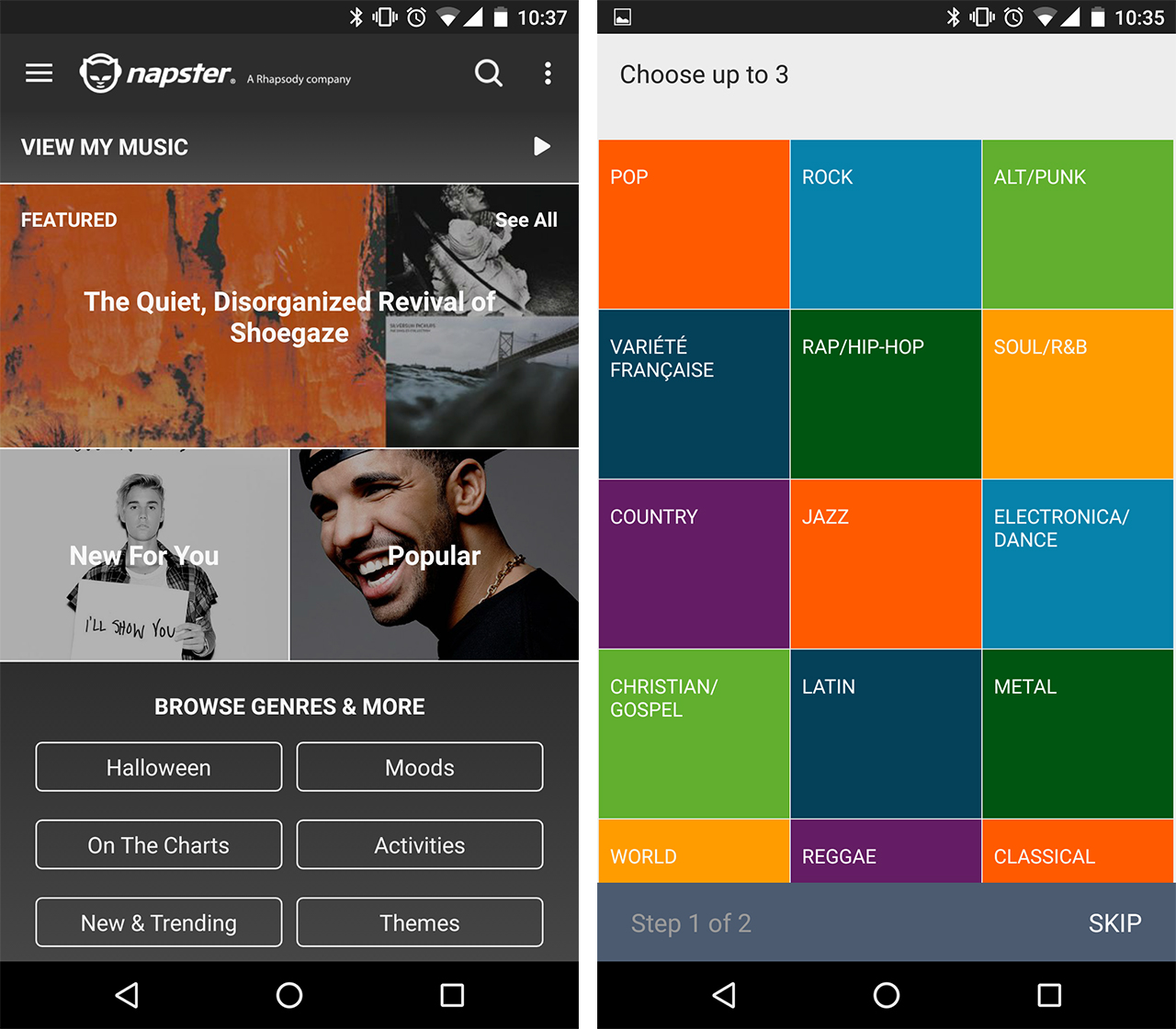 Apple Music, Spotify, Google Play Music, Deezer: there are many music applications available in Canada, and save for some minor differences, every platform is nearly identical, down to their $10 monthly subscription fee.

Now, Napster, the music sharing platform you probably used to accidentally download a virus to your parent’s computer back in 1999, has today announced it’s “relaunching” in Canada, this time as a music streaming service.

The platform says it will give music listeners access to 35 million songs for online streaming and offline playback, at a price point of $9.99 per month. For a limited time, three months of Napster is priced at $1, a promotion Spotify ran earlier this year.

“Napster is bringing a better way to play music to Canada” said Ethan Rudin, chief financial officer at Napster in a statement sent to MobileSyrup.

Everything from Napster’s user interface, to the platform’s logo and song selection, are reminiscent of streaming services that have already been available for years.

Back in 2011 Napster made a hasty exit from the Canadian market, shutting all of its service down on December 16 after relaunching in 2004 as a paid platform.

Back then, at a price point of $9.95 a month, the service allowed Canadians to stream millions of songs to their computers, as well as various portable music devices, although due to a dispute over digital rights management, songs were not playable on Apple devices. For a slightly more expensive $14.95 a month fee, songs could be played while offline.

Napster’s exit from Canada was spurred by the company being acquired by Rhapsody, one of the industry’s major music services in early 2010. While Rhapsody still exists today, it has largely taken a back seat to other more prominent platforms like Apple Music and Spotify.

As the music streaming industry becomes increasingly crowded, it’s unlikely lesser known platforms like Napster, a platform that once disrupted the entire recording industry in the late 90s, will be able to survive.

This latest relaunch marks the second time Napster has launched in Canada.

The new Napster is available on iOS, Android, Windows 10, Sonos, Chromecast and desktop.