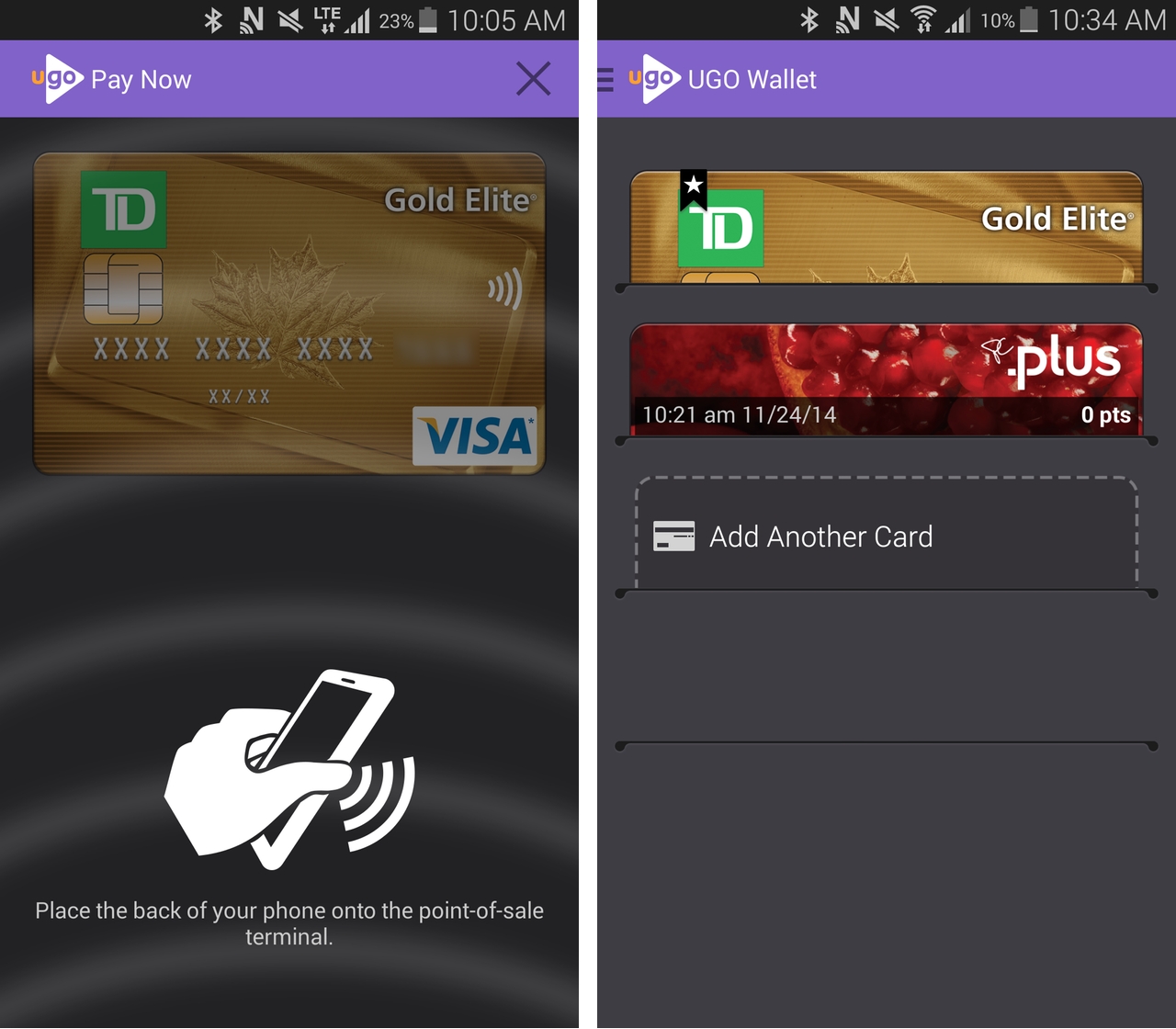 The milestone comes one month prior to the app’s one year launch anniversary. Moreover, according to UGO, those users have added more than 250,000 credit, gift and loyalty cards to the app.

It’s a modest number to be sure, but still decent given the many different limitations inherent to UGO Wallet. For instance, although it’s possible to download the app on iOS, iPhone users cannot add their credit cards to the app because the device’s NFC antenna only works with Apple Pay. Moreover, Bell and Virgin customers are currently only able to add specific TD Canada Trust cards. Lastly, a large number of Android devices are not supported the app.

For the sake of comparison, UGO’s main in-country competitor, Suretap, announced in September it’s built an install base of 180,000 users.

UGO says it plans to add additional features to its app in the coming months.

According to a study released by Accenture, only 10 percent of Canadians use their mobile phones to complete a transaction at least once weekly