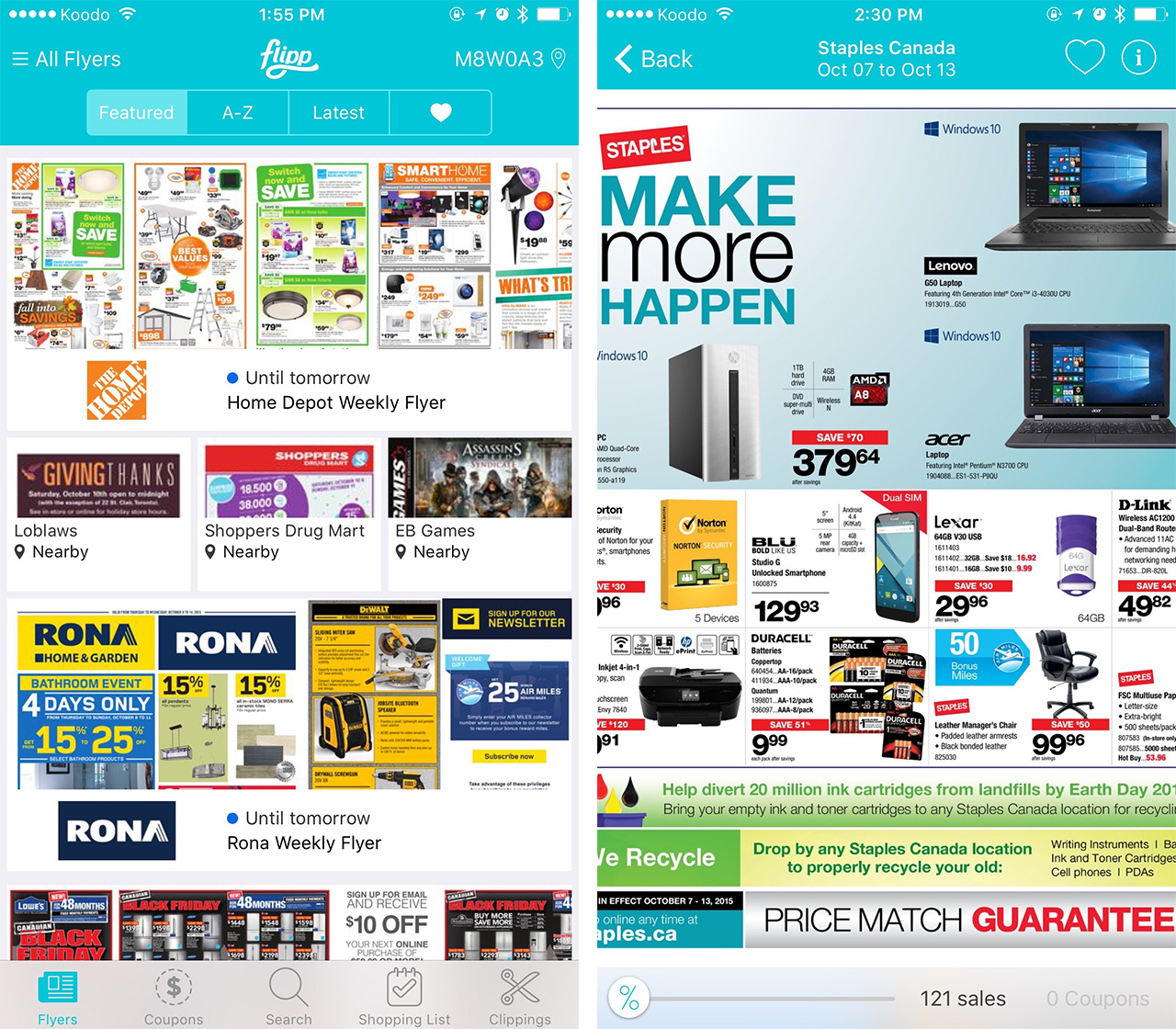 The free flyer and coupon listing app, which first appeared around two years ago, gives its users the ability to find sale items online at over 800 local retailers via digital versions of standard paper flyers, all based on people’s physical GPS location. This means that if pricing deals differ between various cities, Flipp 3.0 will display the correct pricing for every region and store information for each individual location.

The latest version of the app, Flipp 3.0, allows consumers to coupon match deals from local store flyers featured within the application, creating additional savings for the app’s user base, and is also the new version of Flipp’s most significant draw. This feature also allows users to search through various coupons and sort them by brand and category, making hunting down the two for one deal on Gain laundry detergent you remember seeing earlier in the week, significantly easier.

While a relatively simple concept, Flipp offers a straightforward, stripped down experience with a single use case that makes sense – saving people money through an easy to use smartphone application. After downloading the app, all users need to do is input their postal code and digital flyers, as well as coupons (and now with matching capabilities) will be displayed instantly.

With Flipp 3.0, Flipp is bringing flyer and coupon matching to its platform. Jeff Francis, managing director of Flipp, explained in an interview that the company works through 30 million potential coupon matches each week, and then ultimately narrows down pairings to 30,000 match-ups.

“We are now matching together the coupons with the deals and we wanted to do it in a way that really combines the two worlds together so that you just get the most savings. So you’ll see some surprising and interesting deals in the app because the savings that are coming from the coupons, when they match up against the flyers, you’ll often get multiple discounts all in one purchase,” explained Francis.

Francis says his company’s new “matchups” are key to what he feels separates Flipp 2.0 from Flipp 3.0, as well as other competing coupon/flyer apps such as reebee and Checkout 51. He feels that this new feature gives consumers a level of combined savings other competing apps don’t offer right now.

“It’s a seamless combination. You can be in a flyer and see what coupons are matching while browsing a flyer and investigate that way, or you can read through the coupons and say you want to look at what flyers are matching up – a quick tap in one place moves you between both worlds,” said Francis.

Flipp 3.0 is available on both Android and iOS.