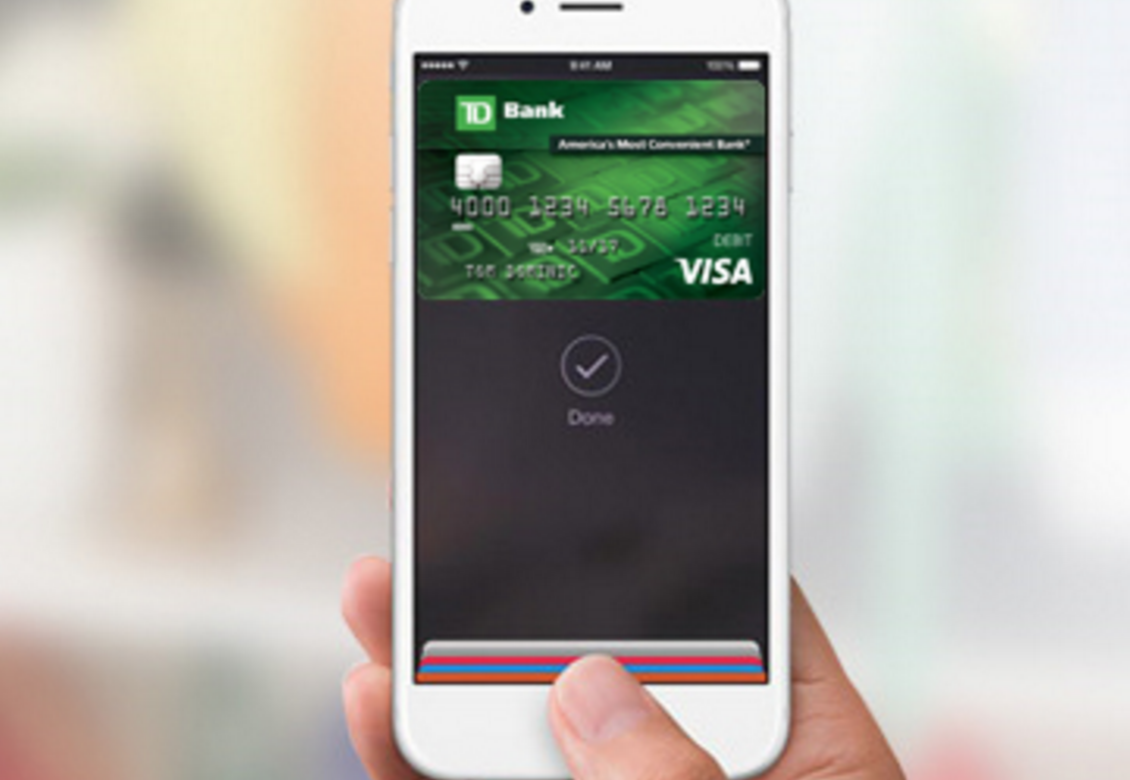 TD Canada Trust has begun updating its website with references to Canadian availability of Apple Pay. 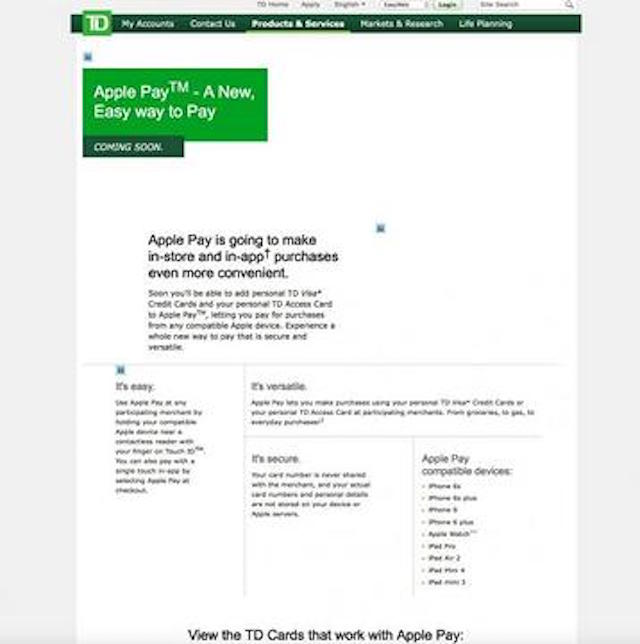 Though Apple has yet to release any information about its mobile payment service expanding north, a Wall Street Journal story from April suggested that the Cupertino-based company would time Apple Pay’s Canadian expansion for some time November.

Earlier today, a reference to Apple Pay showed up on TD Canada Trust’s “Ways to Pay” footer on its personal banking page. And while it was removed, sleuthing Twitter users pointed out to iPhone in Canada a dedicated page on the service, noting that it was “coming soon.”

According to these images, Apple Pay will work with TD Canada Trust Access Cards, referring to chequing accounts accessed through the Interac payment network, as well as the company’s wide range of Visa cards. Purchases will be limited, as are all Visa PayWave and MasterCard Tap-and-Go products, to $100.

The portal also points to an Apple-owned webpage, Applepay.ca, that does not yet resolve.

Apple Pay’s launch was reportedly delayed in Canada because the participating financial institutions, including TD Canada Trust, Royal Bank of Canada, CIBC, Scotiabank and potentially BMO wanted Apple to take a smaller piece of the so-called interchange fee that the banks accrue between the merchants, the merchant service providers, and the financial institutions. The banks also reportedly wanted Apple to implement a second layer of authentication when onboarding credit cards and debit cards.