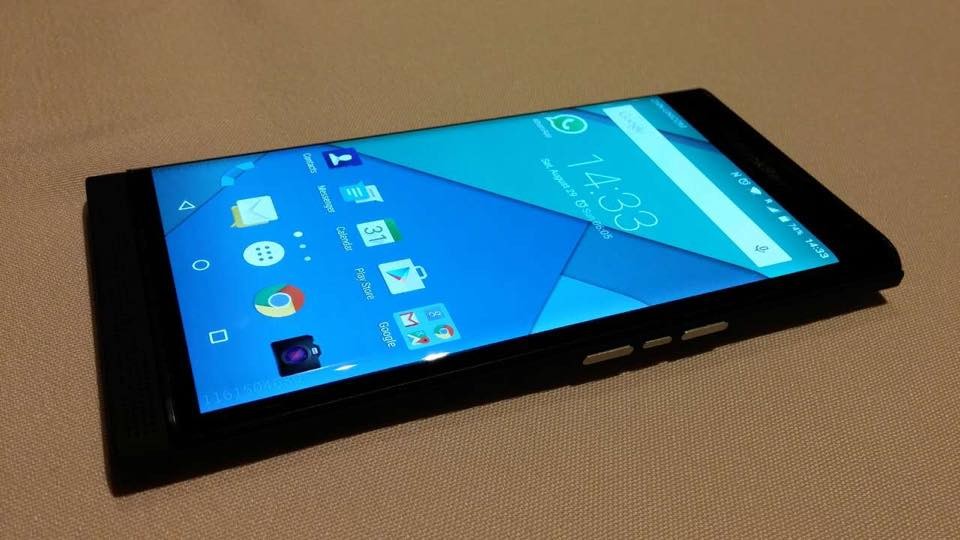 Rumours regarding BlackBerry launching an Android-powered smartphone have circled for months. Initial speculation indicated the codename of the device was tipped to be BlackBerry Venice, and that it would be a dual-curved slider with a full physical QWERTY keyboard.

We now know that the go-to market name of this BlackBerry/Google collaboration has shifted from Venice to BlackBerry Priv. Today, BlackBerry CEO John Chen confirmed the device’s moniker and stated the Priv will be, “available late in the calendar year in major markets in-store and online.”

“The company will launch a flagship slider device, Priv, which will run on the Android operating system, bringing together the best of BlackBerry security and productivity with the expansive mobile application ecosystem available on the Android platform. In combination with BlackBerry’s efforts to support Android for Work on the BES12 platform, the new device will offer best in class security for enterprise customers,” said BlackBerry in a statement released to MobileSyrup.

Chen also noted the name Priv was selected because of “…BlackBerry’s heritage and core mission of protecting our customers’ privacy.”

BlackBerry Priv discounted to $650 until August 31