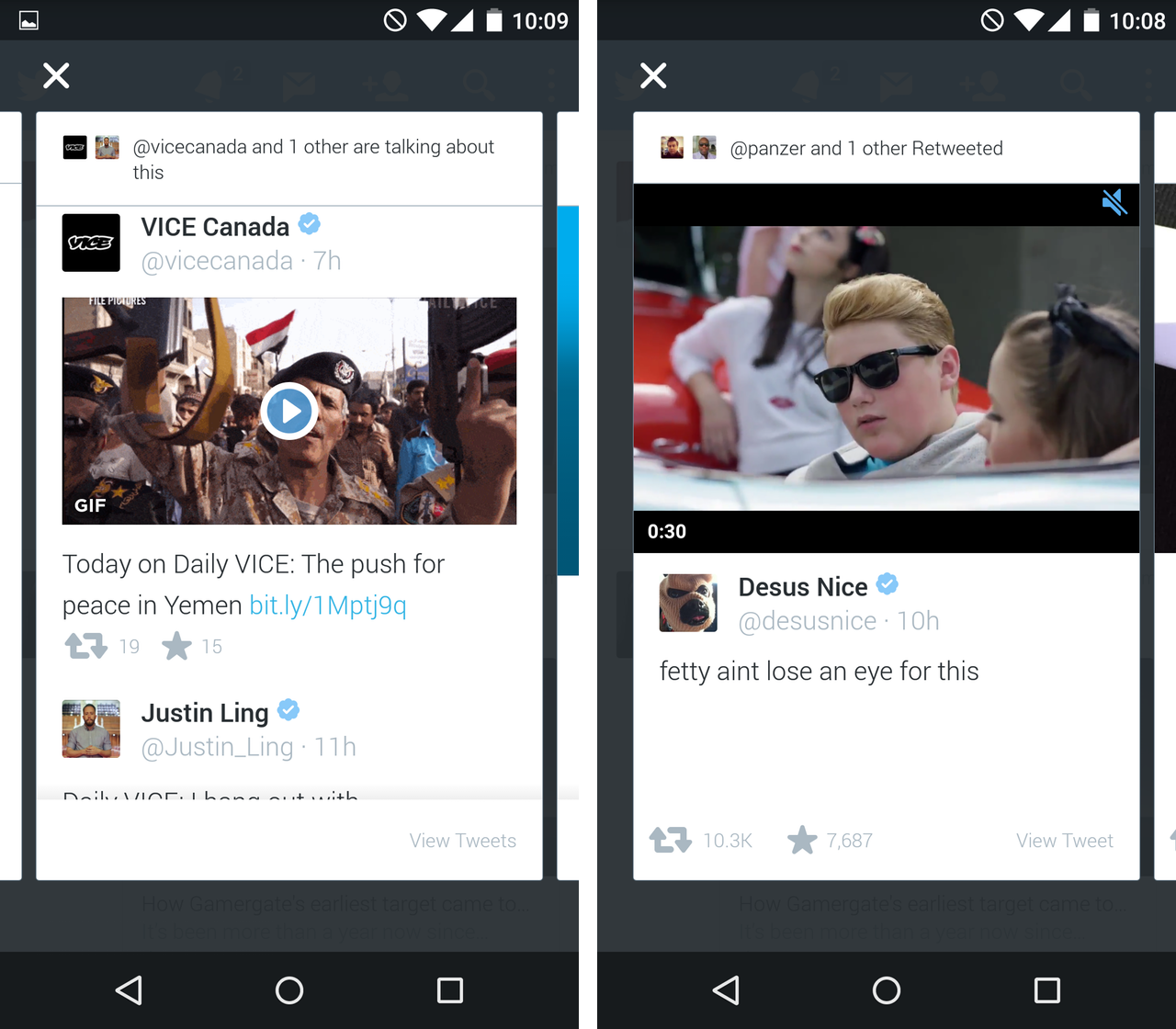 Every once in a while, Android gets a new feature that iOS users want. That is true of contextual lock screens, and it’s true of the team behind Cover, one of Android’s best lock screen replacements, building the Highlights feature into Twitter.

It wasn’t clear what Twitter planned to do with Cover’s staff when it purchased the company back in mid-2014, but in April it debuted Highlights, a daily summary of the best Tweets from users in one’s feed and in the Twitter community at large, delivered intermittently throughout the day (but usually morning and evening).

Initially available just for English-speaking Twitter users, today Highlights rolls out to the company’s entire Android user base, a triumph that Gordon Luk, Staff Software Engineer at Twitter (and co-founder of Cover), sees as one that Android deserves. The expandable notification bar, he says, is particularly useful when conveying images, something that iOS does not currently support. When people see a collage of popular Tweets and images in their notifications, they’re more likely to return to the app.

Highlights is an interesting solution to a very common Twitter problem: What content should I focus on? And how can I cut through the noise? With the current system of followers, searches and trends, Twitter does a respectable, if incomplete, job of surfacing popular tweets, but not necessarily ones that will be personally relevant to you. Highlights attempts to get around that issue by using “a pretty broad variety of signals to determine who and what shows up” in your list, according to Luk. The algorithm behind its selections is never static, either, he says, and will improve over time.

The feature, which will be turned on by default on future Android versions, likely to the chagrin of Twitter faithful, is accessed through the overflow menu. Notifications can be turned off in the Settings, but it’s likely one of those features that will be appreciated for its varied simplicity.

Luk wouldn’t say if and when the feature is coming to iOS or the web, only to note the company is open to other platforms when the time is right. In other words, we’ll see how the Android version does first.