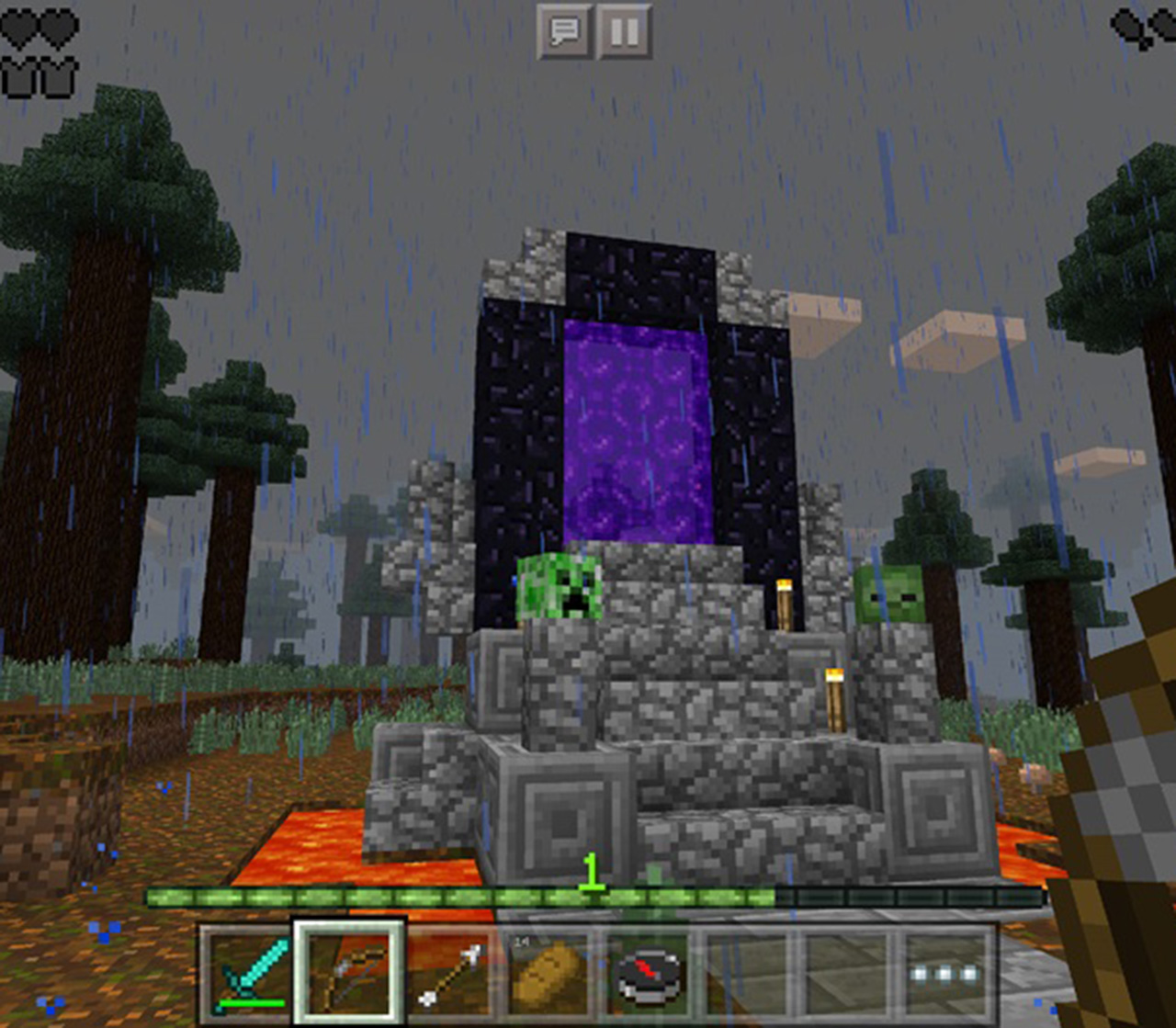 This means players on Windows 10, iOS, Windows Phone and Android can now game together while on the same server. The Pocket Edition of Minecraft is also getting enhanced weather effects, new items and the ability to sprint, all features fans have been asking Mojang to add to the mobile version of the game for some time now.

Additionally, on a local network, up to five people can play on the same server regardless of what device they’re using (as long as it’s a cross-platform compatible version of the game), allowing multiple players in one household to inhabit the same pixelated world.

Unfortunately, the regular Windows version of Microsoft isn’t getting upgraded with cross-platform capabilities via this particular update. It also seems like the Xbox One and other console versions of Minecraft hasn’t received the update either. Microsoft still hasn’t confirmed when or if these platforms will get the cross-platform play update.

However, the Windows 10 (which is still in beta) and mobile versions of Minecraft still lag significantly behind the original PC version of the game in terms of features.

Microsoft acquired Minecraft last year for $2 billion and, contrary to many people’s expectations, the company has largely left the game untouched, instead focusing on bringing the ultra-popular game to as many platforms as possible.

The PC version of Minecraft price at US$26.95. The Windows 10 version is free to existing PC Minecraft players (it’s still in beta) and $10 for new players. Minecraft: Pocket Edition on Android is priced at $6.99 and $7.99 on iOS.