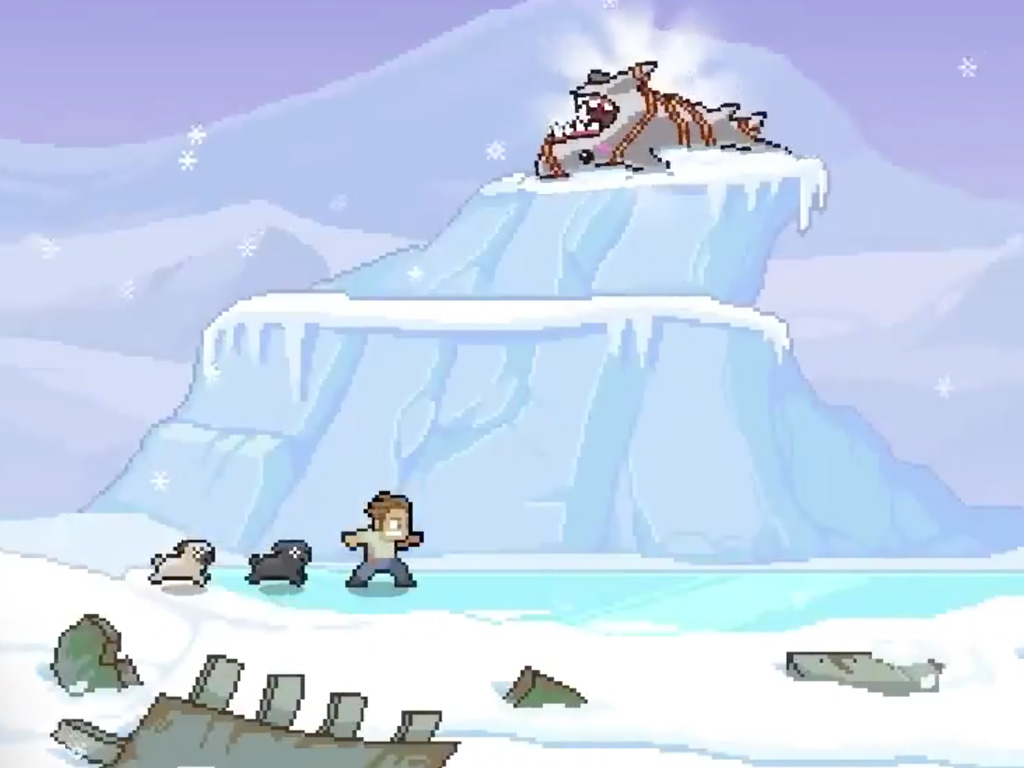 In a strange turn of events, obnoxious YouTube and “let’s play” video creator, PewDiePie, is set to star in his own video game – PewDiePie: Legend of the Brofist.

While many scoff at PewDiePie’s antics (he isn’t exactly targeting my demographic with his content), as someone who has dabbled in live streaming, as well creating gaming YouTube content, I have a tremendous amount of respect for what PewDiePie does.

You might find him annoying or see little value in the live streaming/YouTube phenomenon, but it isn’t going anywhere any time soon, and many content creators have built audiences most mainstream media outlets are envious of.

Building a community as monumental and as powerful PewDiePies’ – he has over 38 million YouTube subscribers and reportedly made over $4 million last year from ad sales – doesn’t happen overnight, or without a tremendous amount of hard work and dedication. He also has the ability to drive the sales of titles, setting the trend for what games countless other YouTubers focus on. Some refer to this as the “PewDiePie” effect. 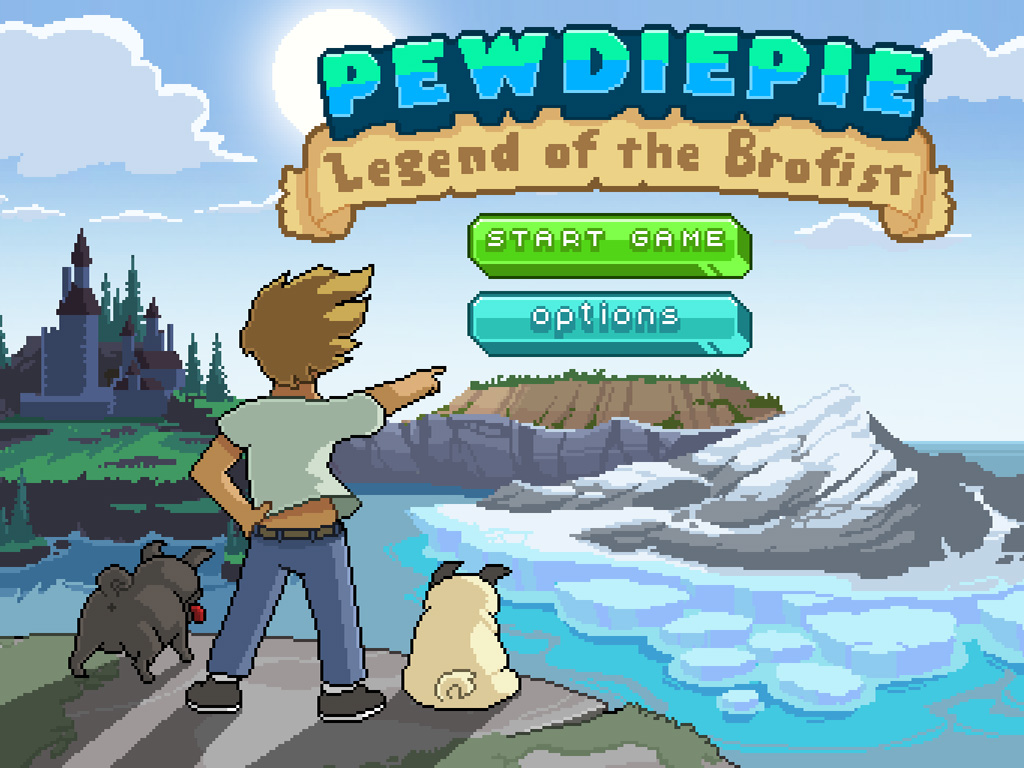 He’s also credited with driving the sales and popularity of oddball titles like Slender: The Eight Pages, Goat Simulator, Surgeon Simulator 2013 and countless other games (his video fee is rumoured to fall somewhere in the tens of thousands range).

Love him or hate him, PewDiePie has become a powerful figure in the video game industry.

With that said though, it still seems somewhat strange a game is set to be based on his online community, and the fact that the title is being developed by a small four person development studio, Montreal-based Outerminds, makes the situation seem even more odd. 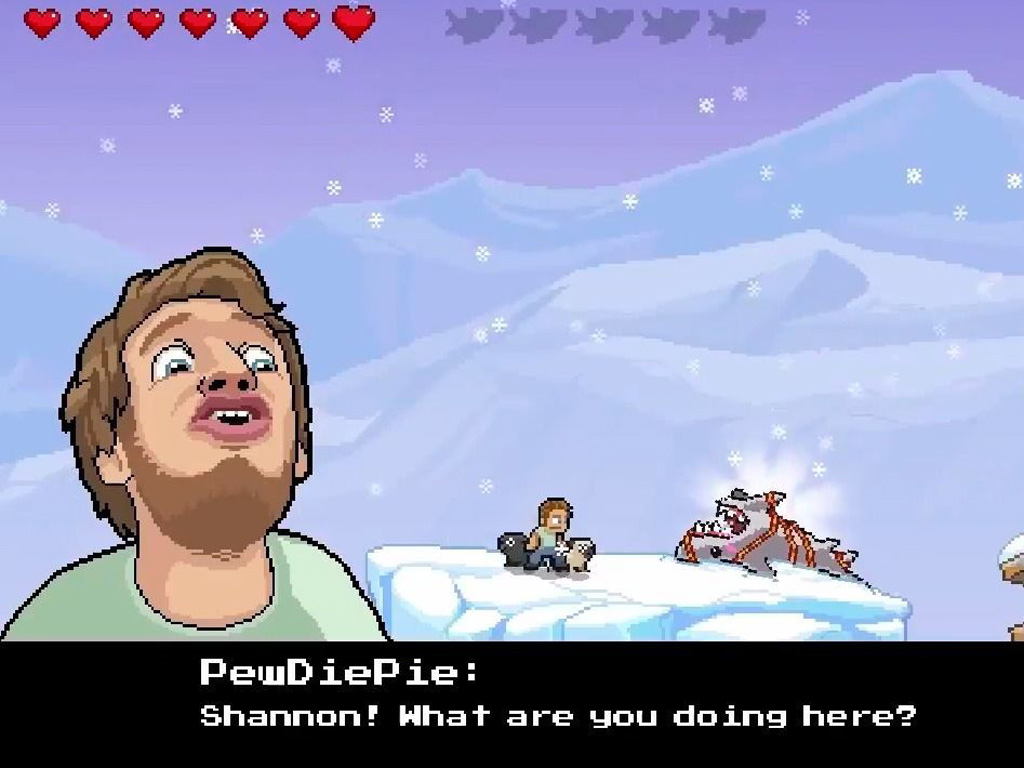 “Legend of the Brofist started during a game jam organized by GameJolt back in November. The subject for this particular one was ‘fun to play, fun to watch’ and the top 10 games would get the privilege of being played by PewDiePie himself on his channel,” said Guiz de Pessemier, Community Manager at Outerminds.

“In less than three days, we made a survival platformer game where you play as PewDiePie, accompanied by his two pugs, trying to get off a dangerous island. Flying sharks, exploding cows, piranhas, meteors – everything is meant to stop you!  PewDiePie contacted our team to talk about our game and ask us if we could make it bigger, longer and badder.”

According to de Pessemier, It was their game jam creation’s pixelated, retro aesthetic – visuals that are very popular and arguably overused in the gaming industry right now – that first caught PewDiePie’s attention, selling him on the project and the direction Outerminds intended to take the title. 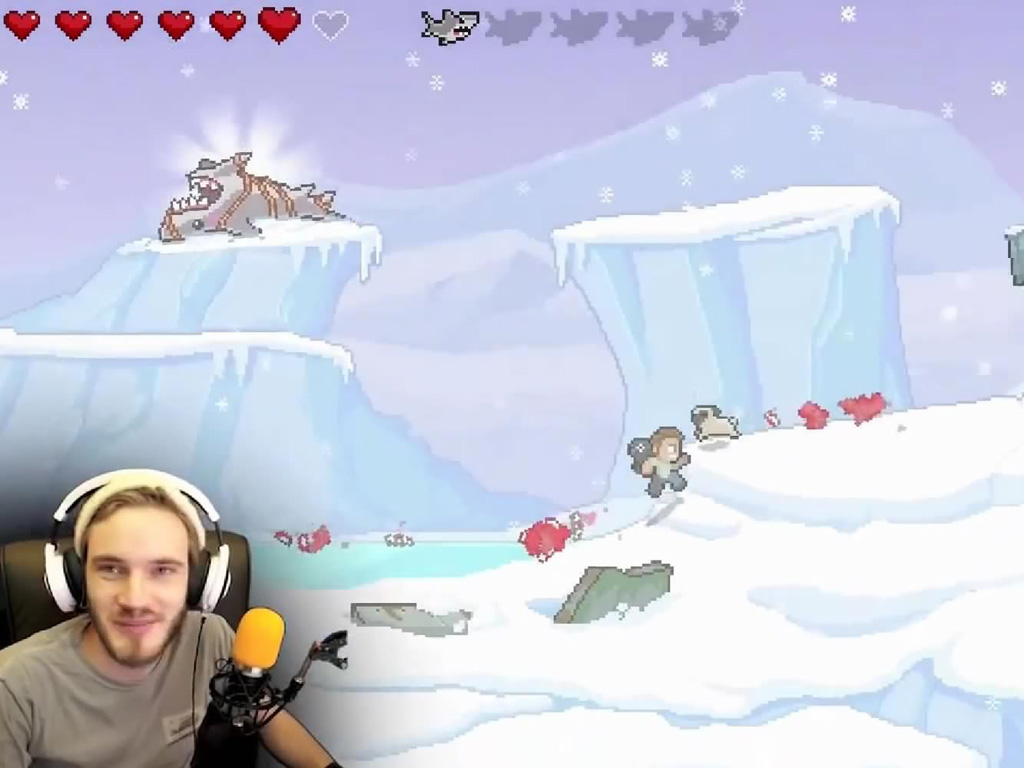 Outerminds claims they have also designed the game to be enjoyable for players who might not be familiar with Felix Arvid Ulf Kjellberg (PewDiePie’s real name) and has massive community, explaining they’re developing what the studio describes as an actual game and not, “just a fan pleaser.” While this might be true, one glance at the Legend of the Brofist and it’s easy to tell hardcore PewDiePie fans familiar with the “bro army” will likely enjoy Legend of the Brofist significantly more than the average player.

The development process also hasn’t been a hands-off for PewDiePie, who apparently frequently gives his own personal input on the title’s direction.

“PewDiePie adds his feedback to the game and engages his fans in the process. Their feedback is a huge part of the development. Besides that, PewDiePie has given us essentially a blank slate on this project. When he saw our game jam entry ‘PewDiePie’s Paradise Island’ on GameJolt’s website, he was pretty much sold on what we could do,” said de Pessemier.

PewDiePie isn’t the first YouTube personality to venture into the realm of game development. CaptainSparklz recently released his own title Fortress Outfall, and James Rolfe, more widely known as the Angry Video Game Nerd on YouTube, also released a game based on his community an online persona. However Outerminds denies YouTubers creating games based on their online personas is a growing trend and just another way for content creators to cash-in. Instead the studio feels a video game is just another way for YouTubers to connect with their community.

“This is true especially in our case as we’ve been continually interacting with PewDiePie’s fans through social media and integrating their ideas into the game,” said de Pessemier.

Whether or not Legend of the Brofist appeals to players beyond PewDiePie’s target audience remains to be seen, but videos of the game seem to indicate it’s set to be a retro revival of sorts, harkening back to the 8-bit/16-bit era of classic platformer gaming.

PewDiePie: Legend of the Brofist is set to be released on iOS and Android in September, and could also eventually makes its way to other platforms as well, according to Outerminds.

Other popular YouTubers, CinnamonToastKen, JackSepticEye and Markiplier, will also reportedly make cameos in the game.