Samsung shipped the most smartphones in Q2, but Apple and Huawei are gaining 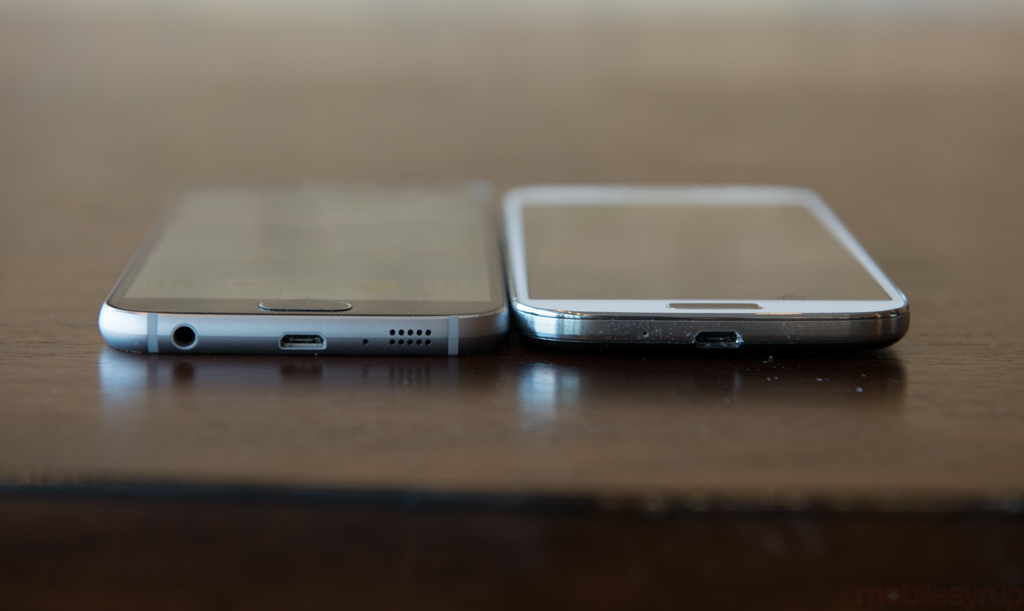 The International Data Corporation (IDC) is once again back with its quarterly report detailing worldwide smartphone shipments. As usual, it’s an interesting look at the health of the industry.

According to IDC, the top five smartphone manufacturers by volume—Samsung, Apple, Huawei, Xiaomi and Lenovo—shipped 337.2 million smartphones during the past quarter. That’s a 11.6 per cent increase from the 302.1 million units that were shipped during the same time last year. Moreover, it’s almost a record for total smartphones shipped in a single quarter; since the IDC started tracking quarterly smartphone shipments, there’s only been one better quarter.

Moving on to individual performances, Samsung is king once again according to the IDC’s statistics. The South Korean company shipped 73.2 million smartphones in Q2 2015. Unfortunately for Samsung, that’s actually a decrease from the 74.9 million units it shipped during the same time last year. Moreover, Samsung is continuing to bleed market share. At its height last year, the company shipped one-third of all smartphones. One year later, that number is down to one-fifth. 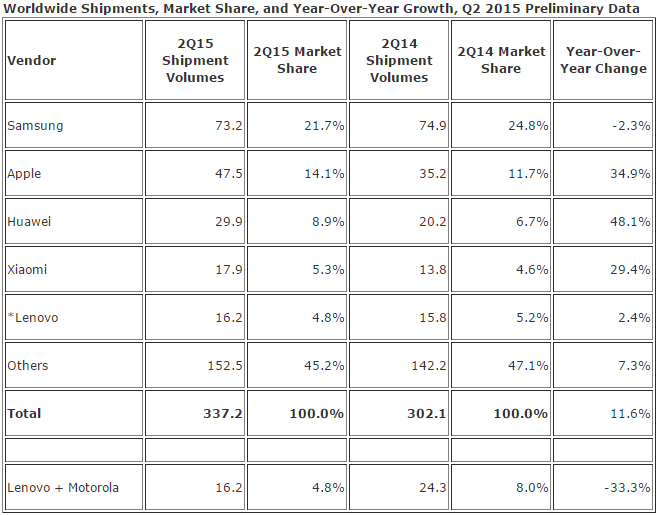 According to IDC, that decrease is due to Samsung misreading demand for the Galaxy S6 edge. That said, the organization goes on to note that with the rumoured release of the Note 5 and Galaxy S6 edge+ coming in August, Q3 could be the quarter where Samsung rebounds to its past highs.

Apple, on the other hand, had one of its best quarter yet, shipping 47.5 million smartphones. It also saw its market share increase from 11.7 per cent to 14.1 per cent, a 34.9 per cent increase.

Of the three major Chinese manufactures, Huawei came out as the clear winner this quarter. The company saw shipments grow by 48.1 percent. That’s the most dramatic year-over-year growth between the top five.

Check out the complete report over on the IDC website.