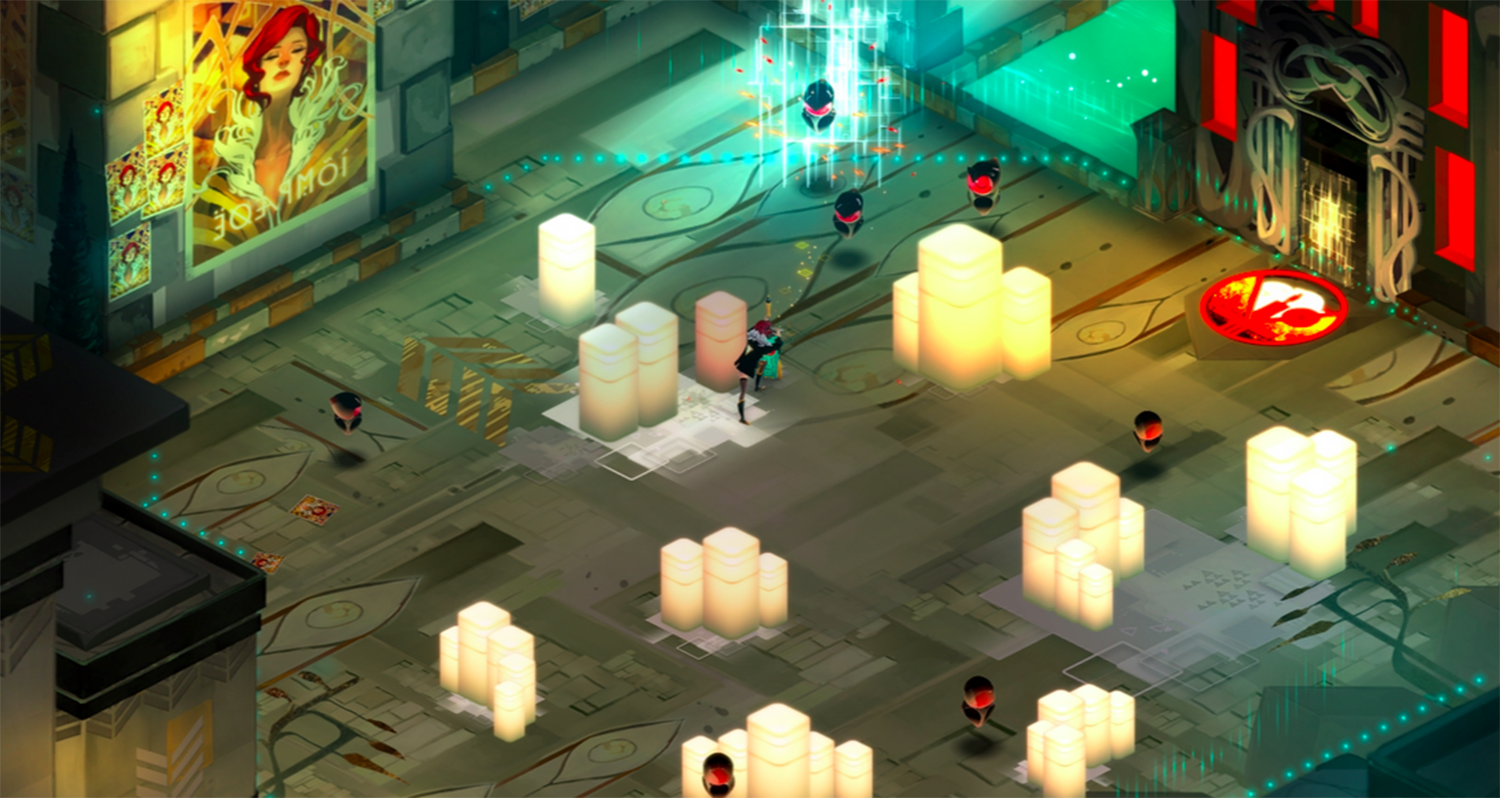 It was at some point during my second or third hour of playing Transistor that I began to wish PC/console ports like this would stop coming to iOS and Android – they just don’t really work.

Transistor is Supergiant Games’ follow-up to 2011’s Bastion and in many ways the game follows in its predecessor’s footsteps, as well as builds and iterates on the action-RPG direction of the studios’ first ultra-successful indie title.

However, it’s important to note Transistor places a greater emphasis on turn-based combat and carefully planning out your attacks before executing them in real-time (playing Transistor with only real-time combat is nearly impossible and a mix of both play styles is often more successful). 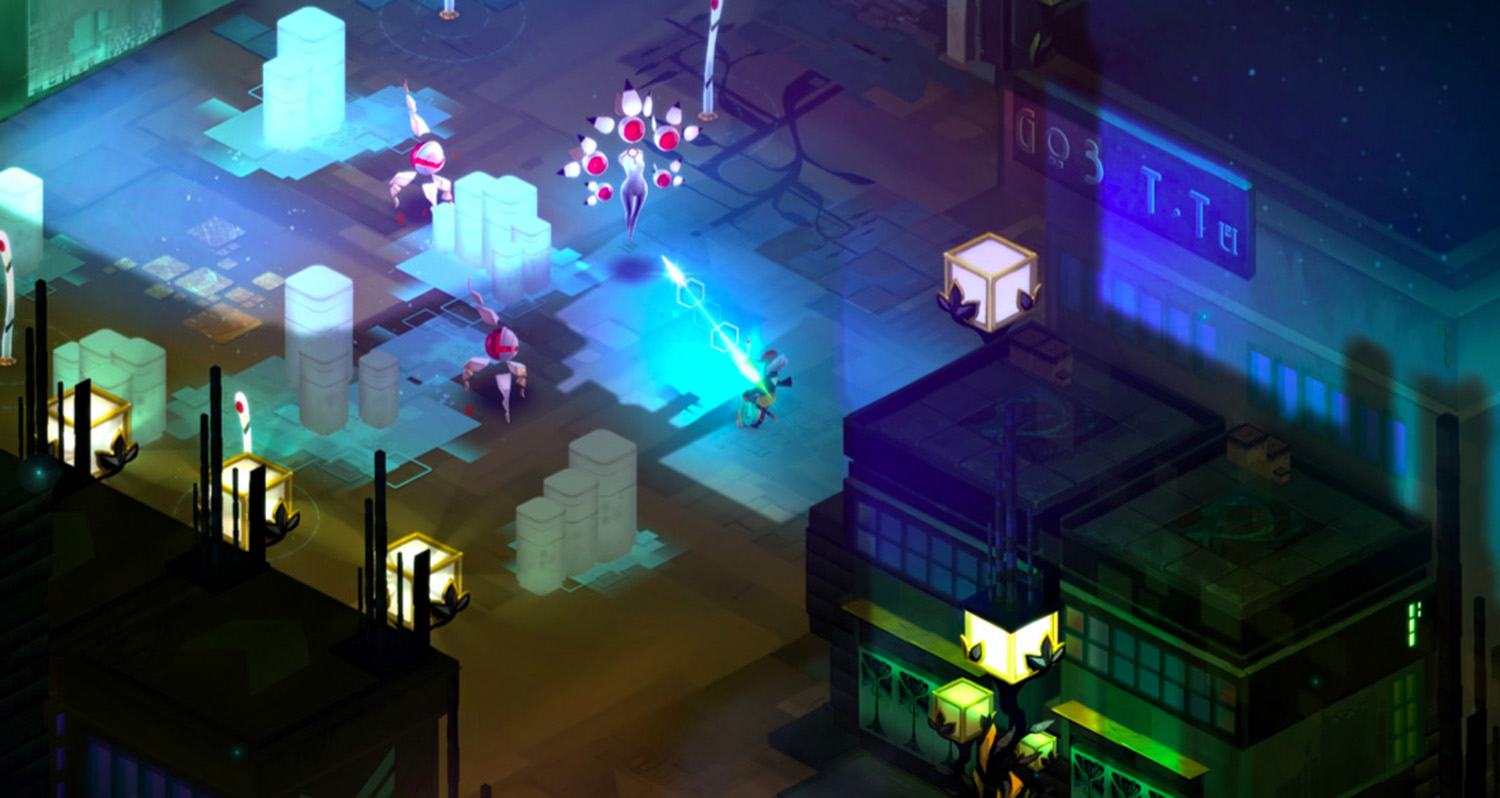 While some were disappointed with Transistor when it was first released in 2014 on PC, PlayStation 4 and Mac, it was generally well-received, although many would agree the game complicated Bastion’s elegant hack-and-slash formula perhaps a little too much. I spent a few hours playing the PC version of Transistor shortly after it was released last year, and enjoyed my brief time with the game, but never got around to completing it.

So how does the recently released iOS version of Transistor fare? It’s a passable port of a decent PC role-playing game that unfortunately hasn’t translated very well to touchscreen-based devices. The problems are exacerbated if on an iPhone, which has considerably less screen real estate than a computer monitor, television or even an iPad. If you’re going to play Transistor on mobile, iPad should be your weapon of choice.

But let’s start with the positives. Transistor retains the same handdrawn visual style as Bastion, and for the most part looks stunning.

It also runs at a solid frame rate and rarely slows down, an impressive achievement if you take into account how resource-intensive a console-to-mobile port like Transistor must be for an iOS device, especially when you’re battling it out with multiple enemies at once. The game’s music/voice acting is also stunning, and evokes the futuristic aesthetic Supergiant is pushing with its latest title.

Continuing with that same concept, Transistor’s cyber-punk inspired universe is compelling, and perhaps more importantly, feels truly unique – a rarity in an industry full of many titles that look and play so similarly – and none of the game’s characters fall into the typical tropes of the RPG genre. 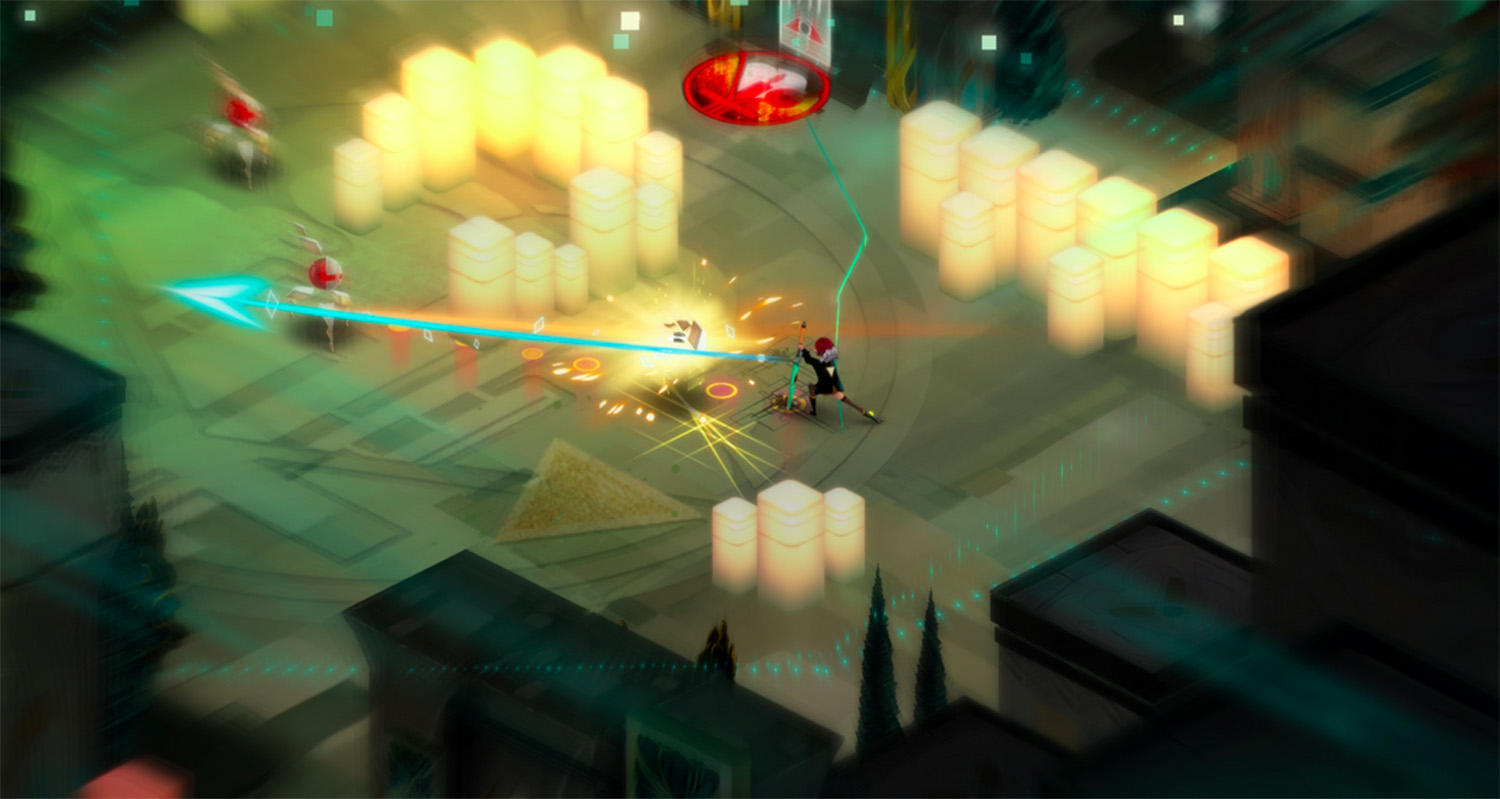 Even Transistor’s eclectic selection of enemies are refreshing, and force the player to approach each combat situation in a unique way, ensuring battles never get boring or feel routine. But while some might appreciate the fact that Transistor doesn’t spell out its plot or combat system to the player, I found this design choice caused me a significant amount of unnecessary frustration.

At first Transistor’s plot seems interesting and compelling, but as the game moves forward its story becomes increasingly difficult to follow. I felt like I was never able to completely grasp the narrative Supergiant Games was trying to weave.

This is partially because Transistor’s story doesn’t start at its beginning. Instead, it drops you right in the middle of the action and jumps around significantly over the course of the game. This means that at the beginning of Transistor the player is thrown into combat, as well as the game’s story, with very little understanding of the title’s fundamental mechanics.

Of course through experimentation and repetitive trial and error, I eventually figured out Transistors’ Knight’s of the Old Republic-style real-time/turn-based combat, but this was after a number of frustrating enemy encounters. A basic tutorial could have easily helped me avoid this problem.

Complicating Transistor’s already sometimes overwhelming combat system is an interesting, albeit somewhat strange, death mechanic. Instead of outright killing you, the game takes away one of your attacks (called Functions), limiting your ability to take down enemies, and making it significantly harder to turn the tide of a fight if you’re already losing.

Once all of your Functions have been removed your character finally dies. This system is a captivating change of pace from the traditional lose-all-your-health-and-you’re-dead concept found in almost every video game, but it also made me feel rather helpless after losing three of my abilities during certain battles. I’d simply just going through the motions until my character died, allowing me to restart the fight.

This makes planning out your attacks and taking advantage of the turn-based aspect of Transistor’s combat system exceedingly important. 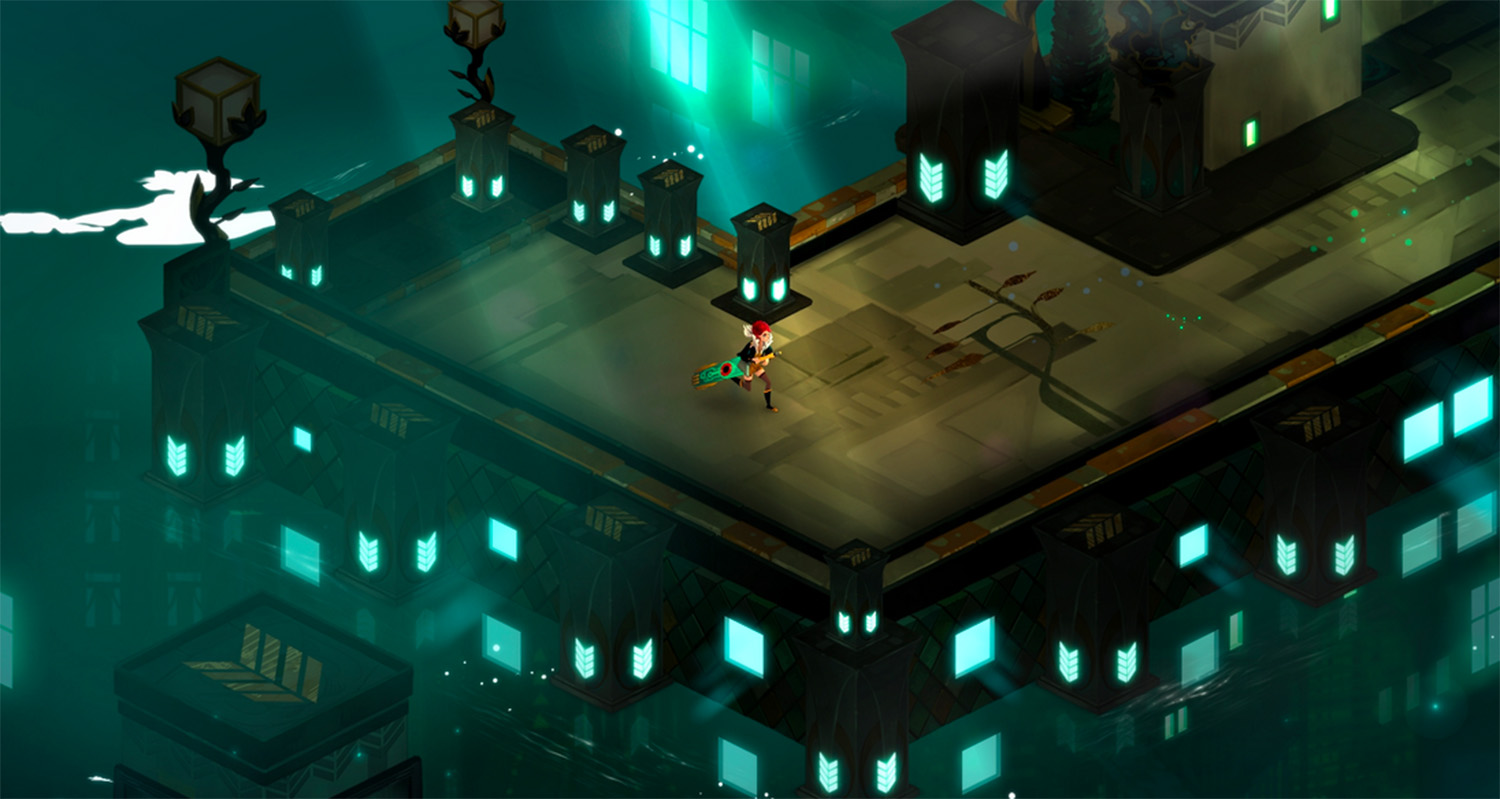 This issue stems from the fact that Transistor has not been built from the ground up with touchscreen controls in mind. Supergiant Games has done an admirable job of transferring Transistor’s controls to iOS touchscreen devices (this is never an easy task) but the results are still disappointing.

While I didn’t enjoy my time with Transistor as much as Bastion, the game still offers a compelling isometric RPG experience, a kind of game that has becoming increasingly uncommon. But unless you’re determined to play Supergiant Game’s latest title on the go, pick up the PC version instead – you’ll thank me later.

Transistor requires at least an iPhone 5, iPad 4th generation or iPad mini 2. Its install size is just under 2GB. I played Transistor for this review on an iPhone 6.

You can also play Transistor on iOS devices with an iOS-compatible gamepad (the internet says this mitigates many of the iOS version of the game’s control issues). The game is available on the iOS App Store for $9.99.