Wind Mobile to be first wireless provider on Toronto’s subway 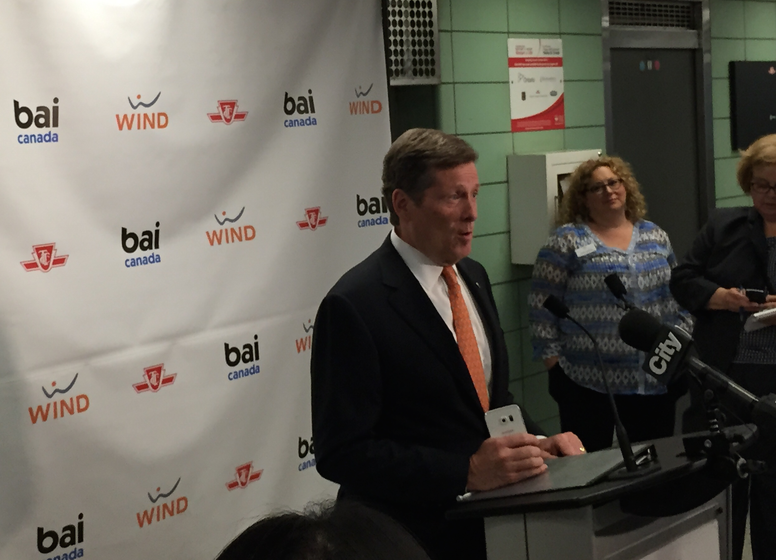 Wind Mobile will be the first network to provide wireless service on the Toronto subway.

The company made the announcement alongside TTC Chair, Josh Colle, and Mayor John Tory, who said that this brings the city’s underground “into the 21st century.”

As part of the announcement, BAI Canada, a subsidiary of the Australian network operator that won the $25 million bid to provide WiFi and, eventually, cellular signal in the TTC, worked with Wind to add service at St. George, Bay, and Yonge-Bloor stations, with the rest of the lower “U” and Spadina being turned on by the beginning of the Pan-Am games. It must be noted that, like the TCONNECT WiFi service, cellular service is limited to subway platforms, not the actual tunnels. 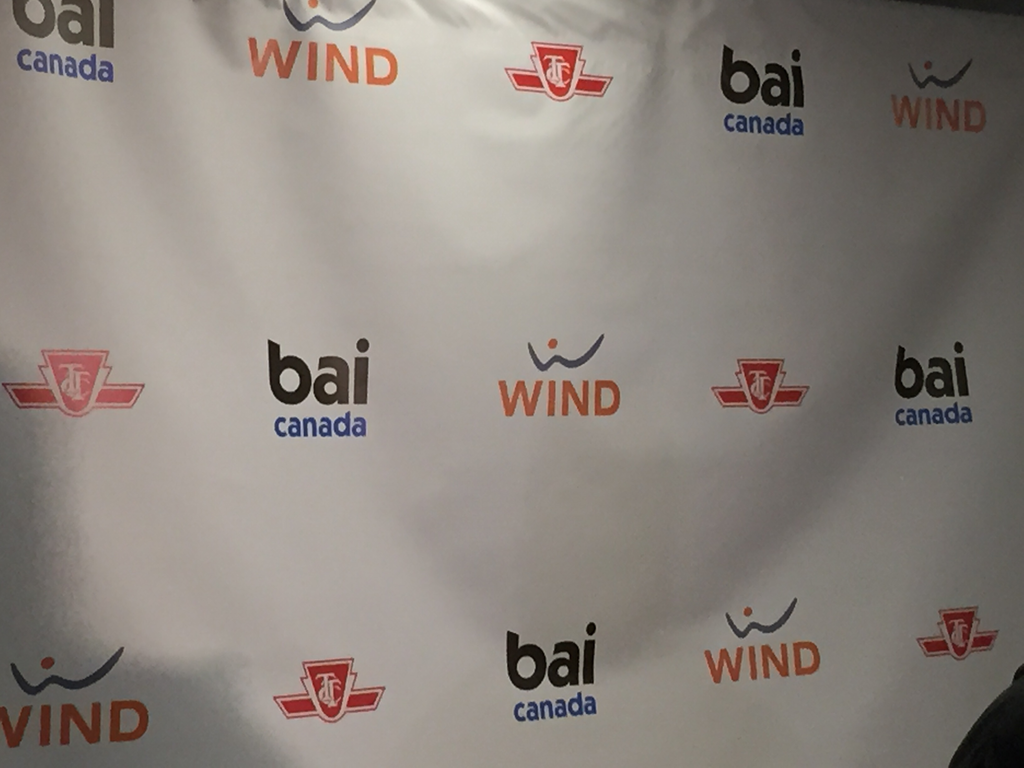 Ken Ranger, CEO of BAI Canada, said in a statement that it is “proud to work with Wind Mobile to offer cellular service at TTC subway stations, and we look forward to bringing more stations live with wireless connectivity. Today’s announcement highlights our momentum – since late 2013, we’ve installed wireless infrastructure and launched TCONNECT Wi-Fi at each of the TTC’s downtown subway stations, with the target of having wireless at every subway station in 2017.”

Rumours of cellular service in Toronto’s underground have been swirling for years, with reports that the Big Three providers, Rogers, Telus and Bell, have been hesitant to commit to the undertaking.