Google Hangouts for Android is getting a major design overhaul 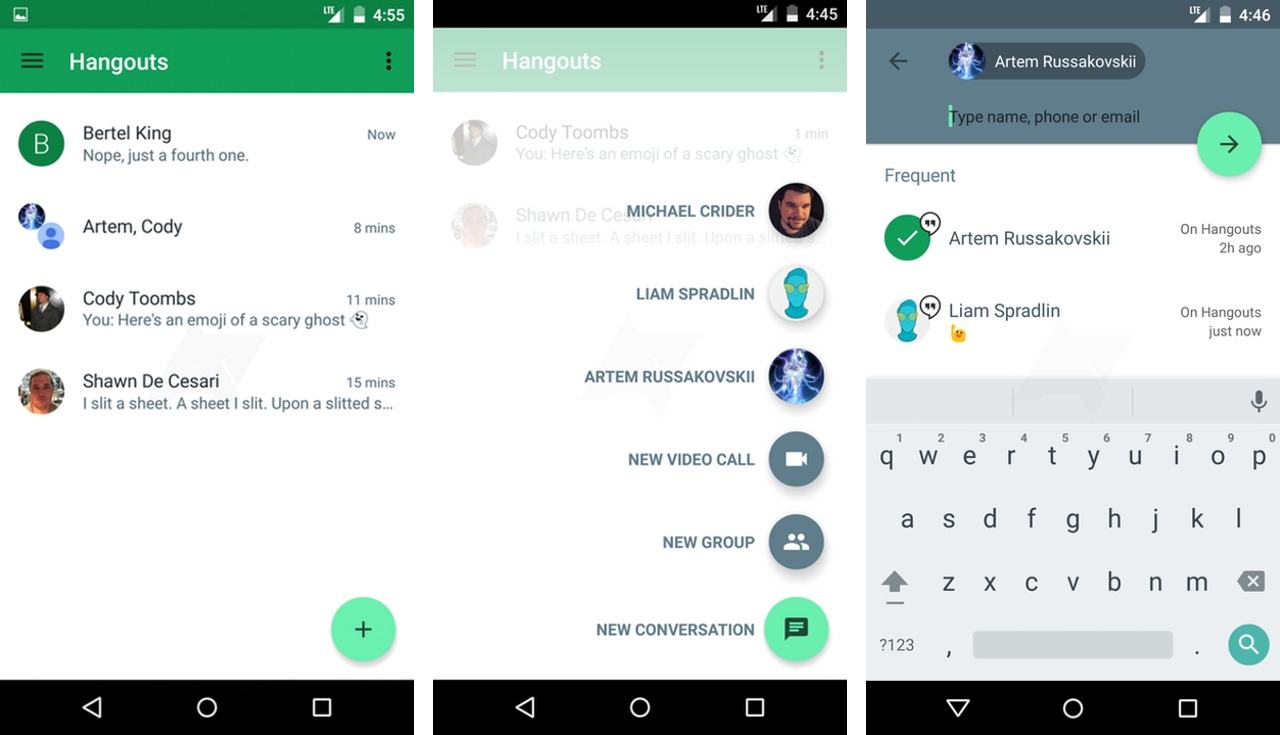 Hangouts launched at Google I/O 2013 as a multi-platform replacement for Google Talk, the open source elements of which have largely been deprecated since. Hangouts is available as an app on iOS and Android, and on the web through Gmail and other Google web properties, as well as a Chrome extension on both Windows and OS X.

The Android app has been floundering recently, since Google added then deemphasized SMS support within it. But with Hangouts 4.0, expected in the coming months, Google is set to recapitalize on its growing messaging platform with new features and a new design.

There are subtle changes to every part of the app, including the main screen, side menu bar, and chat screen. Whether more substantive changes come to the app before its public release remain to be seen, but this is certainly a good start.