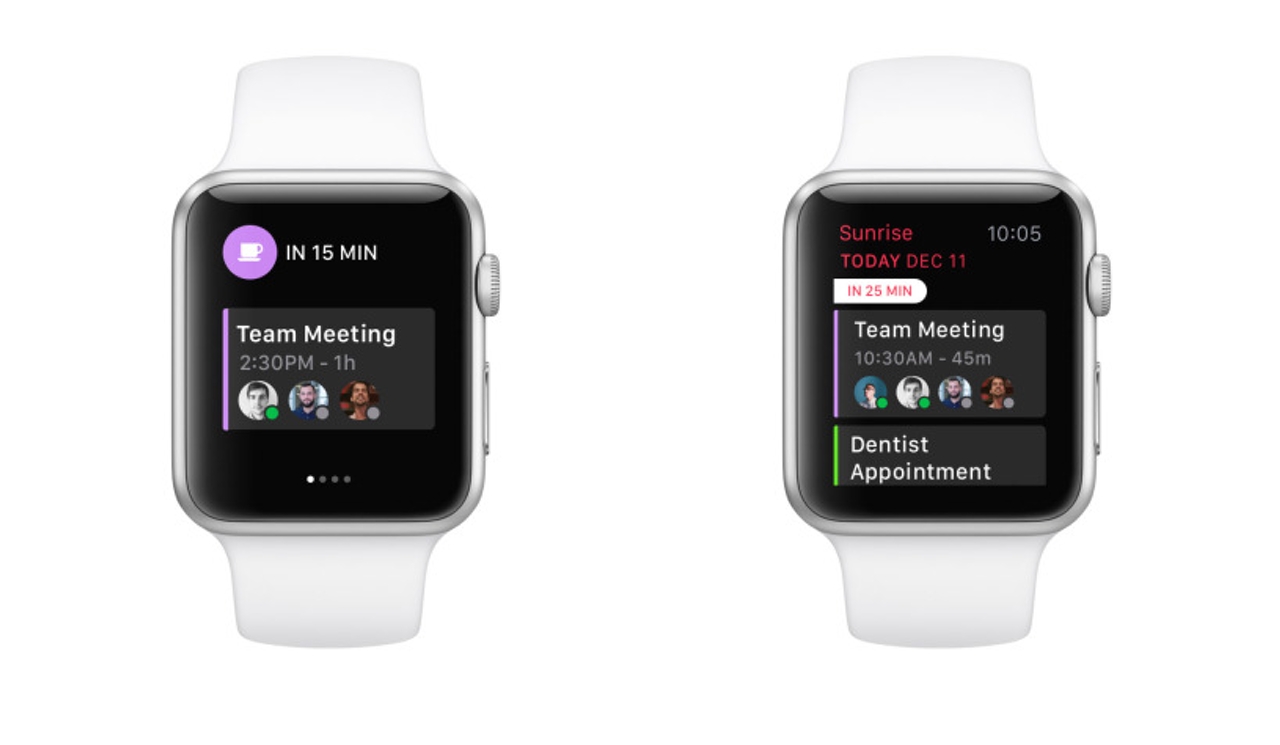 Following the lead of many other app developers, Sunrise has updated its iOS calendar app to add Apple Watch support.

In many ways, this version of the app works exactly like you imagine it would. Scrolling on the face of the Watch lets you move between different events across multiple days, and clicking on a particular event lets you see more detailed information.

That said, Sunrise also makes good use of some of the Watch’s more unique user interface paradigms. For instance, Force Touch is used to change a RSVP status, and swiping up from the watch face can be used to see your next appointment with a Glance.

Sunrise says it faced some challenges adapting the app to the format of the Apple Watch.

“We won’t lie, building an app for a brand new device like the Apple Watch was tough,” says the blog post announcing the update. “We had to challenge our entire interface to make it fit on such a tiny screen, cropping out text and icons with every design iteration. The toughest part for us though was to make sure you felt at home. Sunrise for your watch had to feel like Sunrise everywhere else.”

The last couple of weeks have seen Sunrise release a variety of updates to its core app. Most recently, the Microsoft-owned company added in-app support for Wunderlist tasks—coincidently, the company that’s responsible for the development of Wunderlist, 6Wunderkinder GmbH, announced this week that it was acquired by Microsoft. In between updates, Sunrise also managed to push out a new app called Meet for iOS and Android. It’s a third-party keyboard that allows the user to access their Sunrise calendar while in completely separate app.

Sunrise for the Apple Watch is available on the iTunes App Store.