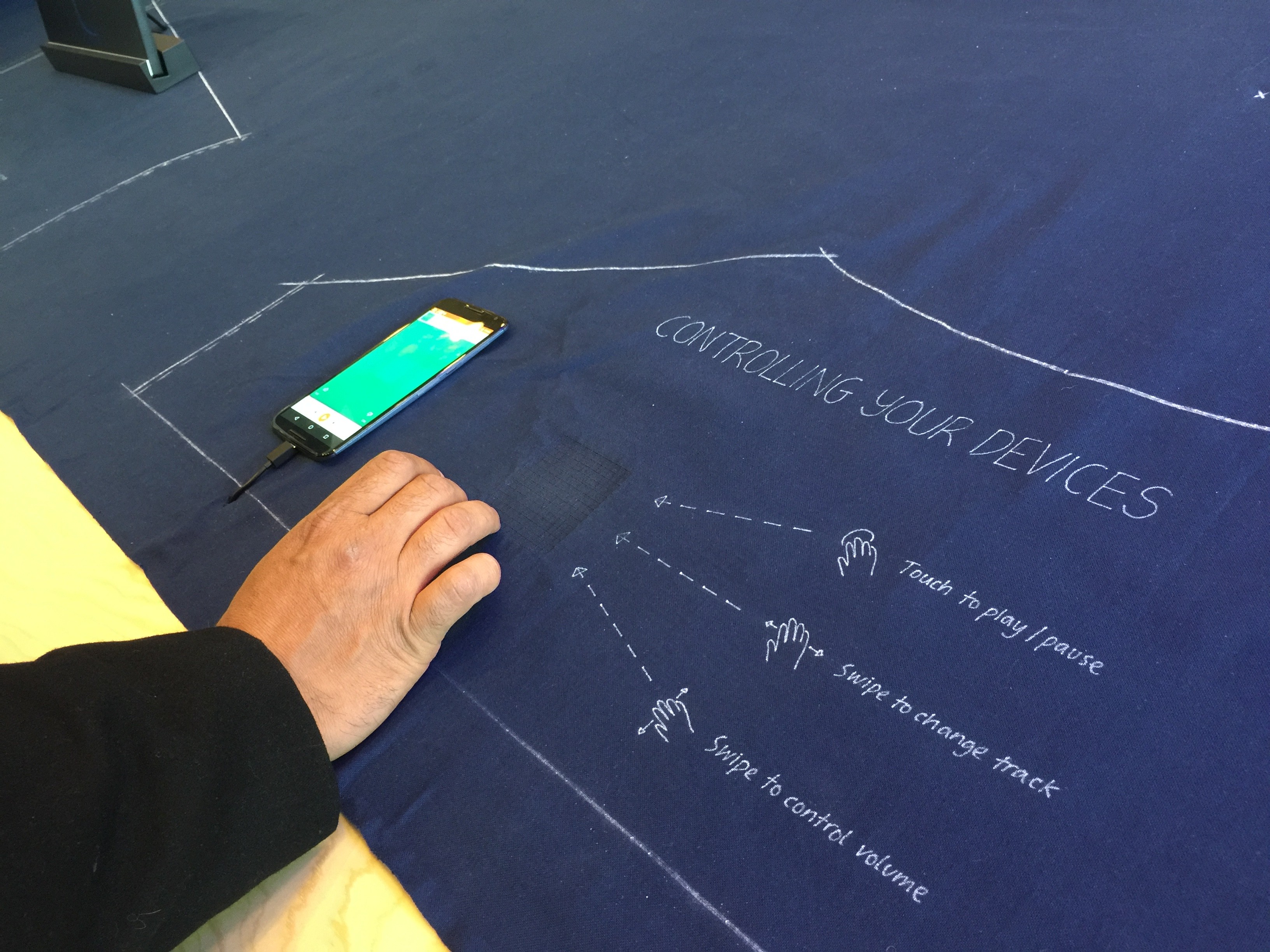 Your clothing will never be the same thanks to a new initiative from Google called Project Jacquard.

Like the radar-based gesture system we previewed earlier in the day, Project Jacquard is being developed by the company’s Advanced Technologies and Projects (ATAP) group. The lab, modelled after DARPA, was founded three years ago and has already produced some fascinating products, including the modular Ara smartphone.

According to its website, a Project Jacquard yarn is created by combing a thin, metallic alloy with natural and synthetic yarns like cotton, polyester or silk. As a result of its construction, fabric manufactures don’t need to retool their facilities to produce Project Jacquard yarn; instead, they can simply use the looms they already own.

When a piece of the conductive fabric arrives at a weaver’s shop, they have two choices when it comes to how they can integrate the fabric into a piece of clothing. They can either create a dedicated touch surface, or they can weave the yarn throughout an entire garment. The actual process of assembling the fabric in to something that can be worn is no different than it is with fabric that is already available on the market.

After creating a garment, all clothing manufacturers need to do is add a set of small complimentary electrical components that allow interactions with the fabric to be captured and wirelessly transmitted to a device like a smartphone.

“Jacquard is a blank canvas for the fashion industry. Designers can use it as they would any fabric, adding new layers of functionality to their designs, without having to learn about electronics,” says the website dedicated to the project. “Developers will be able to connect existing apps and services to Jacquard-enabled clothes and create new features specifically for the platform.” 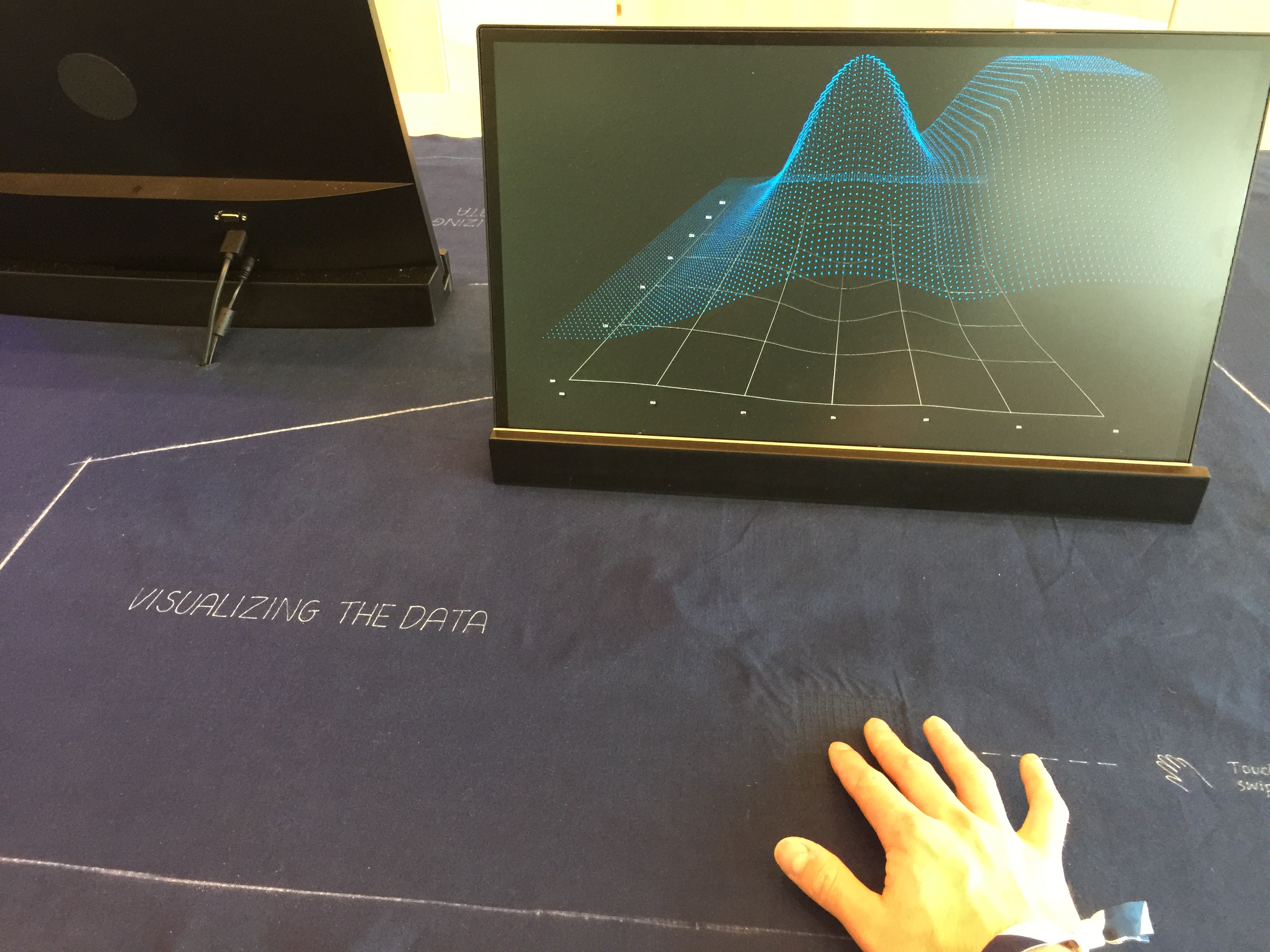 At Google I/O, the ATAP lab demoed the project by allowing conference attendees to interact with tablecloths that had Jacquard fibres woven into them. The tablecloth pictured at the top allowed our Daniel Bader to control a music app using various touch gestures. Another of the tablecloths was connected to a monitor that showed a visualization of the touch interactions the fabric was in the process of capturing.

Google hasn’t stated Jacquard-laced garments will start making their way into clothing stores, but it’s easy to imagine how this technology could be useful in almost anything that is made with fabric.