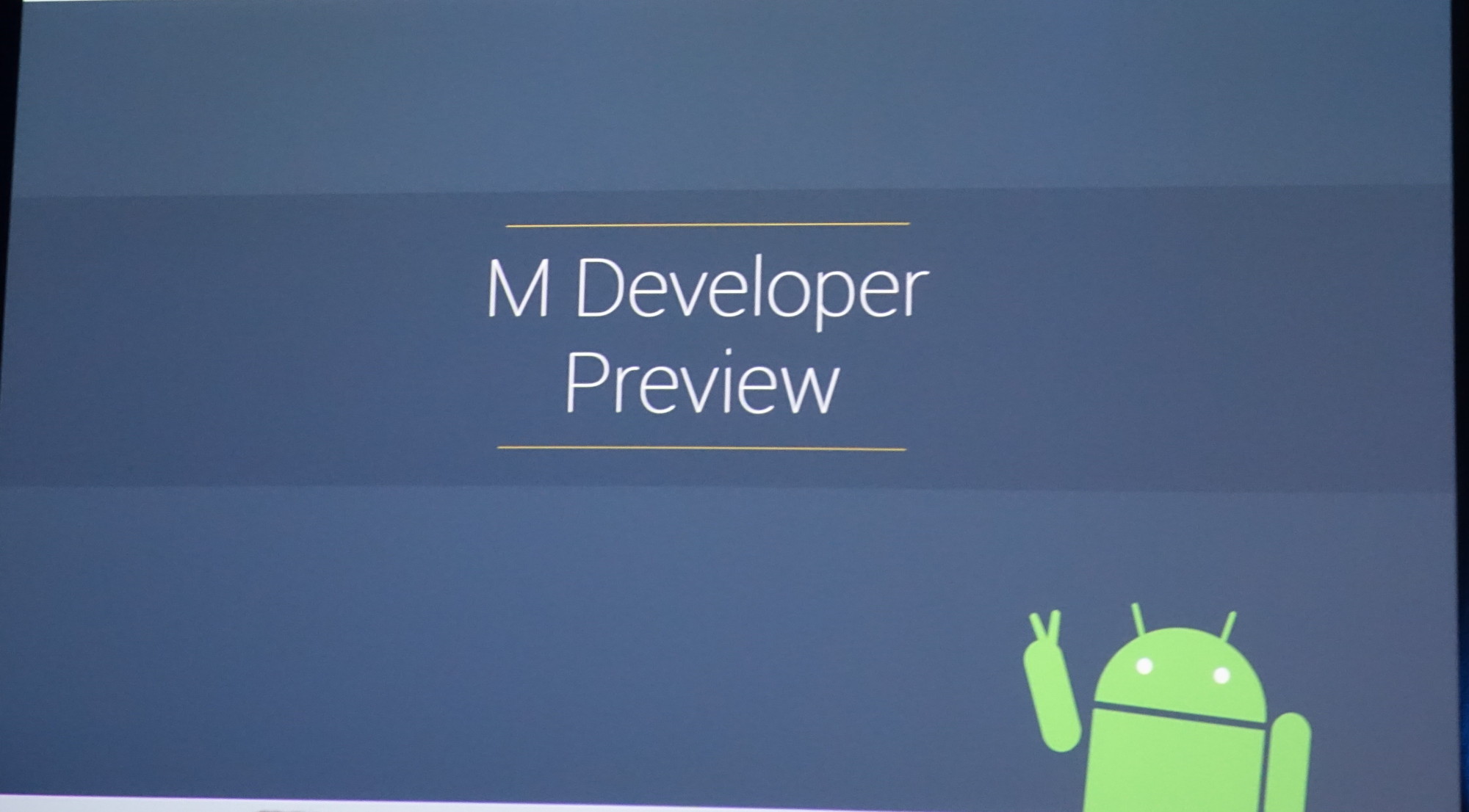 Google has announced a new version of Android, simply called Android M until a delicious dessert is applied to it later this year.

The new version lacks an aesthetic overhaul like Android L, which later became Lollipop, because Google is focusing on improving performance and stability.

Note that these are not feature-complete, nor stable, and should not be installed on production hardware.