Google’s Snapseed image editor is now one of the best 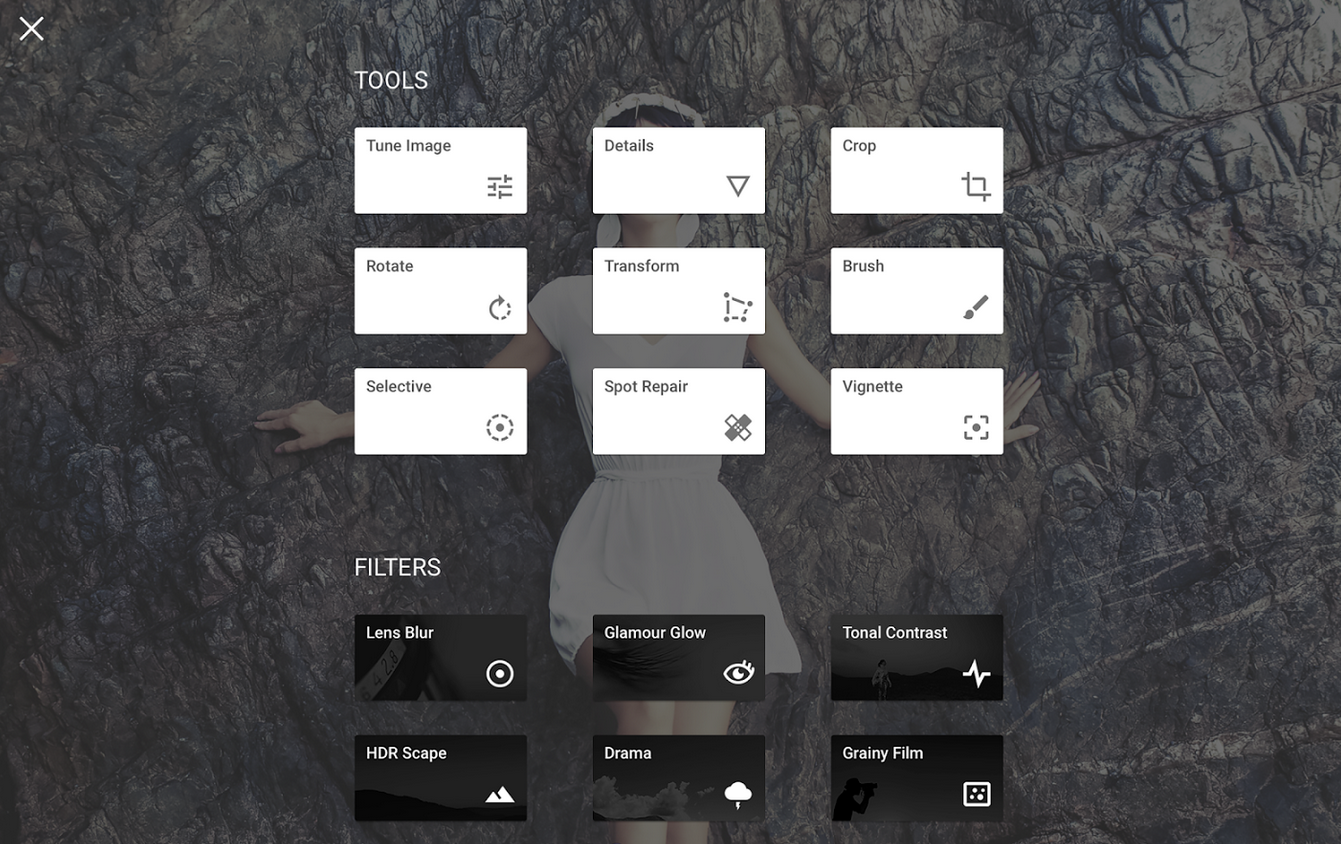 Snapseed has always been powerful, but it’s never been particularly pretty. With its new version, available for iOS and Android, Snapseed becomes of the most comprehensive free image editors on the market.

In 2012, Google purchased Nik Software, the company behind Snapseed, and quickly made all of its features free. At the time, Snapseed was available just for iOS, but an Android version appeared a few months later. Its technology was also eventually integrated into Google+.

Snapseed 2.0 is the biggest update to the platform in over two years, completely revamping the application’s design on both iOS and Android. Starting with the new material design logo, Snapseed uses a floating action button on both iOS and Android, allowing users to quickly access editing features like tuning and rotation without obscuring the image itself with permanent overlays.

The app also features a number of free filters that can be added in small increments, along with a non-destructive workflow that allows users to delete one or all of the edits in a sequence. The same feature, called Stacks, enables edits in sequence to be copied over to another image intact, for bulk edits.

Finally, all former premium Snapseed features, such as Glamour Glow, are now free, and the new filters, including Lens Blur, are as powerful and versatile as you’ll find on a mobile device.

Snapseed is a free download for iOS or Android. It is optimized for both phones and tablets.