Apple Watch Review Roundup: Better than most smartwatches, but still a work in progress 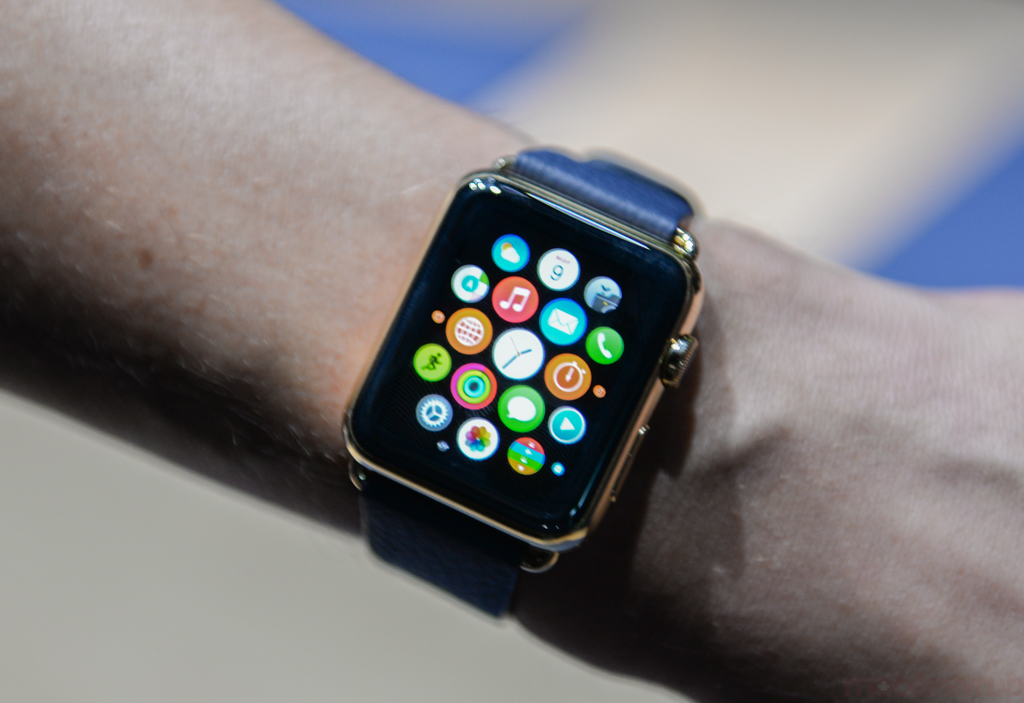 This morning at 8am ET / 5am PT, the embargo lifted on reviews of Apple’s first product in five years, the Apple Watch.

There is a lot to like here, but the lingering conclusion from most of the reviews we’ve read is, Why? Why now? Why so expensive? And why will it improve my life?

Let’s go through some of the conclusions:

“Did I have fun using the watch? Yes, mostly, but there are so many features that I felt a little lost at times. There are so many ways to interact: swiping, touching, pressing harder into the display, a button and a clickable digital crown-wheel. Plus, there’s Siri. Do I swipe, or click, or force touch or speak? Sometimes I didn’t know where an app menu was. Or, I’d find getting back to an app I just had open would require an annoying series of crown clicks, swiping through apps, then opening the app again.

“You don’t need an Apple Watch. In many ways, it’s a toy: an amazing little do-it-all, a clever invention, a possibly time-saving companion, a wrist-worn assistant. It’s also mostly a phone accessory for now.”

Summary: It’s a nice piece of hardware, but there are problems with usability, speed and apps.

“It was only on Day 4 that I began appreciating the ways in which the elegant $650 computer on my wrist was more than just another screen. By notifying me of digital events as soon as they happened, and letting me act on them instantly, without having to fumble for my phone, the Watch became something like a natural extension of my body — a direct link, in a way that I’ve never felt before, from the digital world to my brain.

“Other problems: Third-party apps are mostly useless right now. The Uber app didn’t load for me, the Twitter app is confusing and the app for Starwood hotels mysteriously deleted itself and then hung up on loading when I reinstalled it. In the end, though, it did let me open a room at the W Hotel in Manhattan just by touching the watch face to the door.”

Summary: Great for notifications, but the apps are severely lacking at this point.

“What’s valuable is your time. The Apple Watch is a computer built to spend it better. And if you can tolerate single-day battery life, half-baked apps and inevitable obsolescence, you can now wear the future on your wrist.

“The battery lives up to its all-day billing, but sometimes just barely. It’s often nearly drained at bedtime, especially if I’ve used the watch for exercise.

“Yet the Apple Watch isn’t quite the gatekeeper to my digital life that I wanted. Take app alerts—there’s a fine line between being in the know and having your wrist jiggle all day. It never got horrible for me, because Apple lets you assign VIP status to individual contacts and specify which apps can trigger alerts. But setting up all of this is a tedious—and unfortunately ongoing—chore.

“It’s here that I missed some of the intelligence of Google (and its services, all absent) on the Apple Watch. Google’s Android Wear still floods your wrist with annoying alerts and trails the Apple Watch OS in design. But Apple should find out what Gmail knows, and suggest contacts who might be alert-worthy based on how much I’ve connected with them before.”

“Of the half-dozen smartwatches I’ve tested in recent years, I’ve had the best experience with Apple Watch. If you’re an iPhone power user and you’re intrigued by the promises of wearable technology, you’ll like it, too.

“But Apple Watch is not a cure-all, and it’s likely not a timepiece you will pass down to your grandkids. It is a well-designed piece of technology that will go through a series of software updates, until one day, years from now, when the lithium ion battery can no longer hold much of a charge and it won’t seem as valuable to you.

Summary: It’s a good first-generation product, but it’s not an heirloom.

“What matters as a timepiece is what it’s like using Apple Watch to check the time. My big concern, from the get-go, is the fact that Apple Watch’s screen remains off until you tap the screen (or one of the buttons) or it detects, via its accelerometer and gyroscope (and perhaps other sensors?) that you’ve moved your wrist into a ‘tell the time’ position. I’m generally wary of ‘magic’ features, and a watch that detects when you’re looking at it is ‘magic’.

“And without taps, Apple Watch is rather dull. The first unit I received from Apple seemingly had a hardware defect. Taps worked at first, but I found them surprisingly weak — so weak they were easy to miss, even with the watch strapped relatively snugly to my wrist. By the end of the first day, taps weren’t working at all. Apple sent me a replacement unit the next day, and it was like an altogether different experience. Without the Taptic Engine, Apple Watch is not a compelling device.”

Summary: It does a lot of things well, but nothing particularly well, including performing as a watch.

“There’s no question that the Apple Watch is the most capable smartwatch available today. It is one of the most ambitious products I’ve ever seen; it wants to do and change so much about how we interact with technology. But that ambition robs it of focus: it can do tiny bits of everything, instead of a few things extraordinarily well. For all of its technological marvel, the Apple Watch is still a smartwatch, and it’s not clear that anyone’s yet figured out what smartwatches are actually for.

“If you are willing to go along on that journey, then you’ll enjoy the Apple Watch. It is a bauble, after all, and baubles delight simply by their presence. Apple will update the software, and developers will make apps, and Google and Samsung and Microsoft will release competitors, and the people who love technology will have something to buy and argue about, talismans that display tribal affiliations.”

Summary: It’s fashionable and capable, but hasn’t overcome many of the issues endemic to this category.

In many way, it appears that the Watch begins its life much like the iPhone: with ambitious style, and ample compromises.

What I saw in San Francisco in early March was a highly-staged facsimile of best case scenarios, a room where everyone had a fully-charged Watch and a companion who wouldn’t balk at being interrupted every few seconds by myriad notifications.

The Apple Watch is pure potential, with some features better fleshed out than others, limited by the current states of computing power, battery efficiency, and the (over)reliance on an iPhone for most of its core features.

It is also a delightful product in many ways, one that handles notifications and communication better than anything else on the market today. It is also particularly well-made, but not so much so that it eclipses the best Android Wear products.

Finally, in its nascent app system, Apple has the best opportunity to convince people of the Watch’s worth, but at this point its potential is hampered by limited APIs and slow communication between it and the iPhone.

Digital Touch is one of the most interesting areas of the product, as it is completely unique among wearables, but most reviewers agree that it will take a cultural shift to make it useful. However, Apple has caused many cultural shifts over the past seven years, and it is likely to do the same with the Watch.