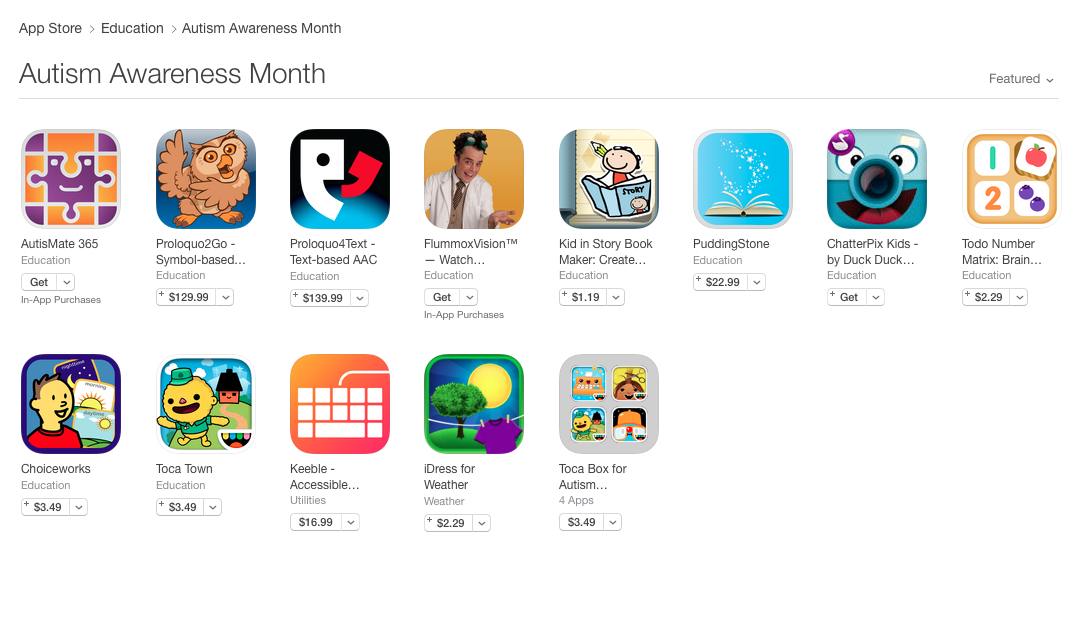 Initiated by the United Nations General Assembly in 2007, both day and month are part of a global initiative aimed at raising awareness about the neurological disorder.

On the tech side of things, Apple has decided to take part in the month by highlighting several autism-related iPhone and iPad apps.

By visiting the App Store and heading to the education section, iPhone and iPad users will find a selection of 15 apps meant to help those with autism. For the most part, what’s here is a selection of games meant to help children with learning disabilities, but there are also apps that even those without autism will appreciate. For instance, there’s the Keeble Keyboard, which is specifically designed to help those visual or fine motor impairments type faster and more precisely.

For those that would prefer to simply learn more about autism, Apple has also highlighted an autism-related podcast.

Of course, Apple’s not the only tech company to lend its aid to autism sufferers. Last December, Samsung Canada teamed up with Autism Speaks Canada to release an app called “Look at Me”. It’s an interactive camera app designed to help teach autistic children learn how to better read facial expressions and other social cues.

According to the CDC, autism affects three million individuals in the United States and tens of millions of people around the world. Based on the most scientific recent research, in the last 40 years there’s been a dramatic increase in the number of children born with autism, and it’s estimated that one in 42 boys and one in 189 girls will be born with autism this year.