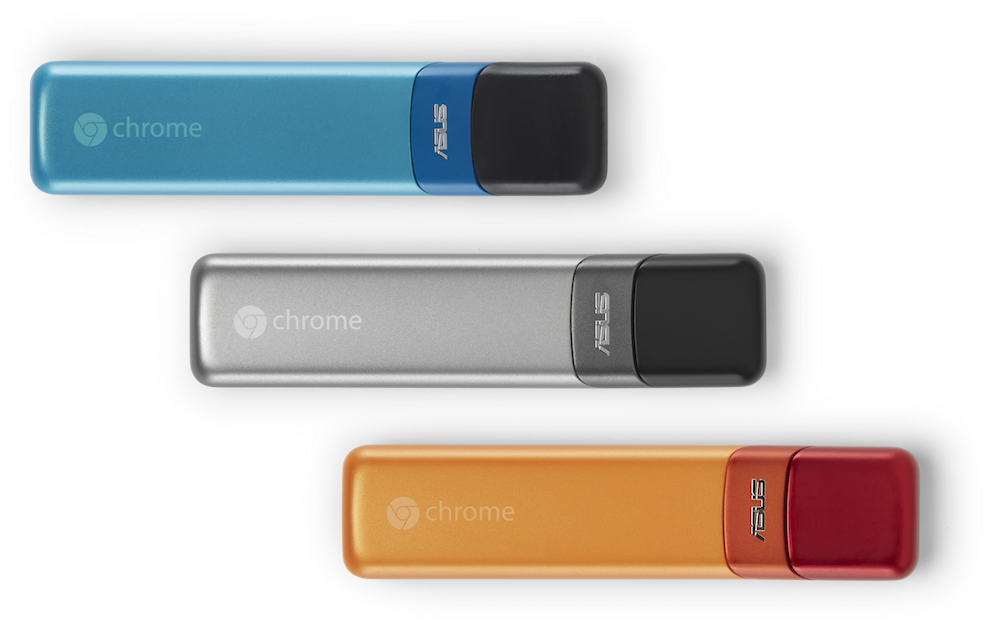 Thanks to Google and Asus, an entirely new type of Chrome OS computer is coming this summer. The two companies just announced the Chromebit, a $100 computer on a HDMI dongle.

Each one comes equipped with a 1.8GHz ARM Cortex-A17 processor, 2GB of RAM, 16 GB of solid state storage, Bluetooth 4.0, a dual band 802.11ac WiFi chip and a single full-size USB 2.0 port. Using its HDMI port, the Chromebit can be connected with any other HDMI-equipped monitor or television.

When it ships this summer, the Chromebit will be available in three different colours—blue, orange and grey. Google and Asus haven’t yet announced how much the unit will retail for in Canada, but based on a post on its Chrome Blog, it appears the company’s aim is to have the Chromebit cost less than $100 everywhere it’s sold. Of course, those that purchase one will still need to provide a Bluetooth mouse and keyboard.

According to Gizmodo, Asus won’t be the only company releasing Chromebits. In an interview with the website, Caesar Sengupta, Google’s vice-president of product management, said that other PC manufactures will announce and release Chromebits in the near future. Sengupta also said that the company will continue producing its streaming stick, Chromecast, which it sees as a different product.