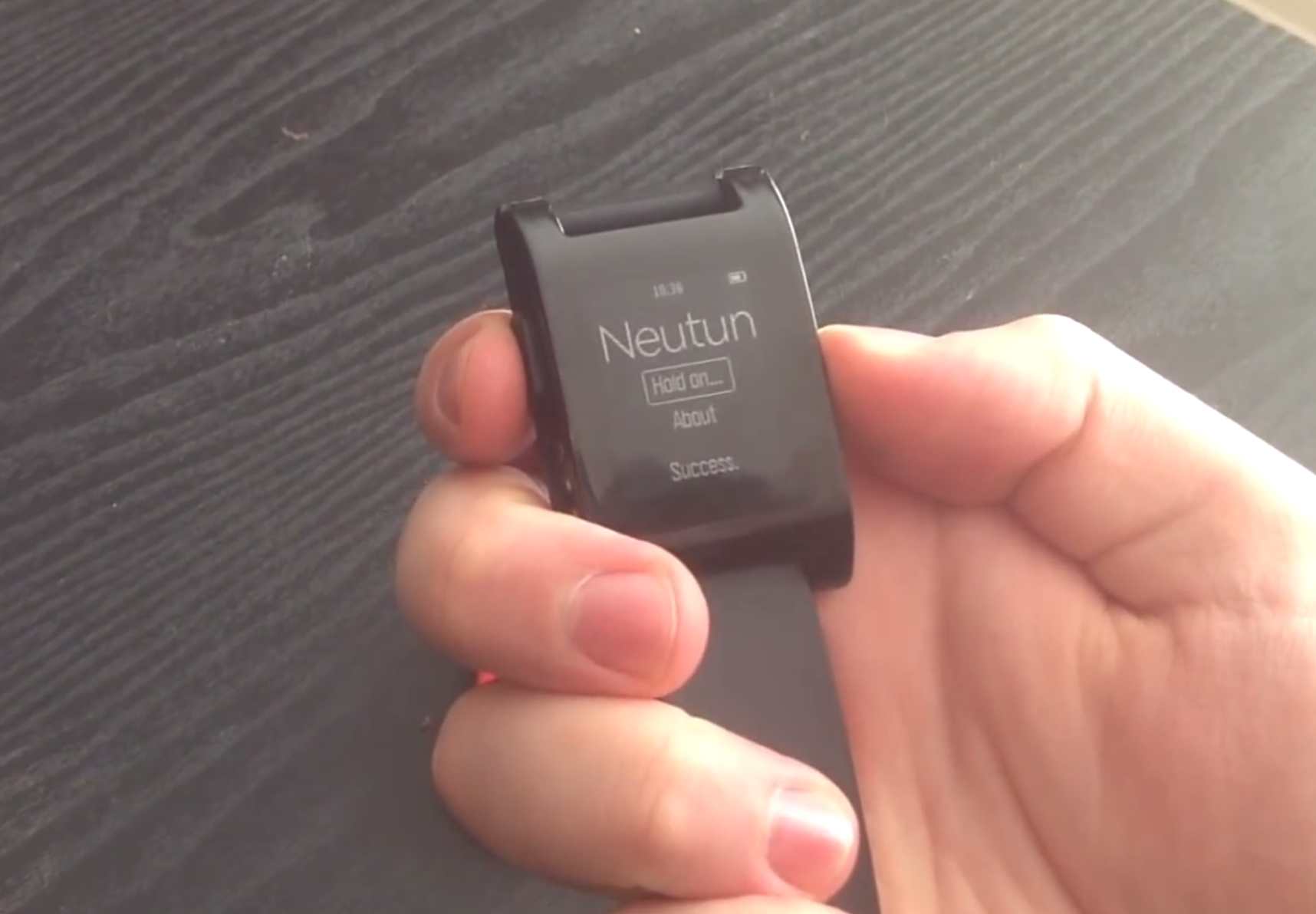 Eric Dolan’s family knows illness, and it knows helplessness. Like many families with several members affected by chronic disease, symptoms and surgeries compounded at the same, exposing many of the vulnerabilities in the health care system. Long before the mobile revolution, Dolan noted that his family lacked the necessary tools to properly track symptoms and the qualities that exacerbate them.

Thirteen years later, Dolan and his brother Alex have cofounded a company, Neutun (pronounced ‘Newton’) to improve the quality of life for epilepsy sufferers. Conceived at Hack The North last fall, the idea was to use the accelerometer in the inexpensive smartwatch to accurately track seizures.

“The last couple of years, we’e been trying to put together different solutions [for tracking], but we always felt it wasn’t there. With a lot of other healthcare stuff, there were always forms, and everything was self-inputted,” Dolan tells me from his office at the Ryerson DMZ in Toronto.

Dolan says that the opportunity to read the data from a smartwatch accelerometer, which due to its placement on the wrist tracks human movement far more accurately than the smartphone in one’s pocket, was a perfect opportunity to track diseases like epilepsy that involve involuntary movement like seizures. “The accelerometer makes day-to-day tracking easy,” he says, and much cheaper.

At Hack The North, which takes place every September in Waterloo, Dolan conceived of using Pebble’s open API to stream accelerometer info in real-time to a database. After pitching the idea, at the time called ‘Pebblepsy’, to YCombinator and Pebble, Dolan caught the attention of Eric Migicovsky, Pebble’s founder and CEO, who recognized in the project the potential to change peoples’ lives.

“People with diseases like this get put in a box of sorts,” making it difficult to shake the stigma of being damaged or incomplete. Neutun’s goal is to empower epileptics by combining a web-based front-end for tracking daily symptoms and goals with real-time data from a smartwatch that, over time, can offer insights about the disease.

Like step counting or fitness tracking, the data is only as good as the tools that synthesize it. Neutun uses the notion of a false-positive to generate an alert when a Pebble wearer begins convulsing. The wearer has 15-seconds to dismiss the notification before a text message or email is automatically sent to predetermined emergency contacts. The message contains a GPS location and information about the person.

Tools like Neutun are timely. With Apple’s recent ResearchKit announcement, the ability to perform clinical trials is being decentralized and expanded. “There’s such a lack of data out there, and the more there is the better we can adjust each person’s threshold to their personal levels.”

“People take their health very seriously,” says Dolan, and tools like Neutun, and those being proffered by ResearchKit are just the beginning of a trend towards improving health with smartphones and wearables like Pebble.