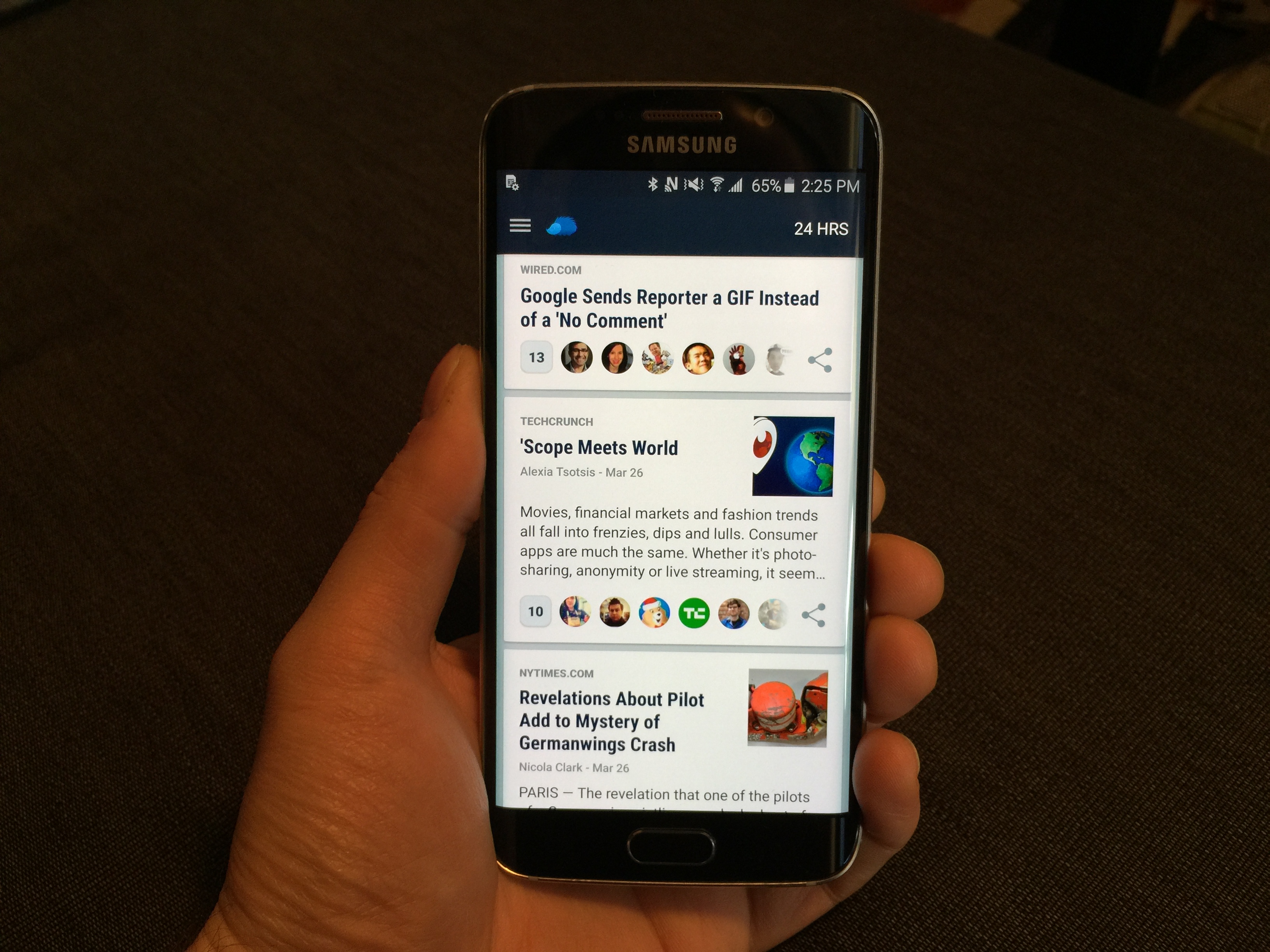 And while Twitter and Facebook have made it relatively easy to find great things to read, it’s often difficult culling through the noise to get to the truly valuable content.

Founder Jonathan Abrams, based out of San Francisco, said of the release, “Since Nuzzel’s iOS launch last year, we’ve been inundated with requests for an Android app. We’ve gone through multiple cycles of review and feedback with various design teams at Google to make sure Nuzzel for Android will meet the expectations of Android users worldwide.”

True to his word, Nuzzel went through a brief Android beta product to get it to feature parity with the iOS version, which is already quite excellent.

Upon entering the app, you’ll see a list of “News From Your Friends,” which is considered the main feed, since it’s content that’s most likely to appeal to you. Heading into the left-side menu bar reveals “News From Friends of Friends,” “News You May Have Missed,” and “Recently Read Stories.” Further down are the same things, but from the perspectives of your friends. Not yet in the app is the recently-added Custom Feeds, which are curated by select topic experts.

The reading experience in the app is superb, having been built on the latest Android SDK. The WebView performance is smooth, and there’s a one-touch “text” feature that strips images and advertising from the page you’re on.

What makes Nuzzel so useful, and so much better for long-form reading than its competition, is that it displays content based on the number of shares, so the more popular the article the more likely you are to see it. While the same is true of Twitter and Facebook — hence the retweet or reshare — Nuzzel’s algorithmic magic makes sure to weed out lower-quality content.

There’s also an immediacy to Nuzzel that Twitter and Facebook haven’t properly tapped into yet; users can get notifications of popular and up-and-coming content based on the number of shares. By default, you’re notified when an article is shared by 25 friends, but you can lower that number all the way to three friends if your social lists are smaller.

Nuzzel has quickly become an indispensable tool for my workflow, and is well worth the download. It is free, and ad-free.