Nova Launcher proves its worth with new Material Redesign, improved performance, in beta 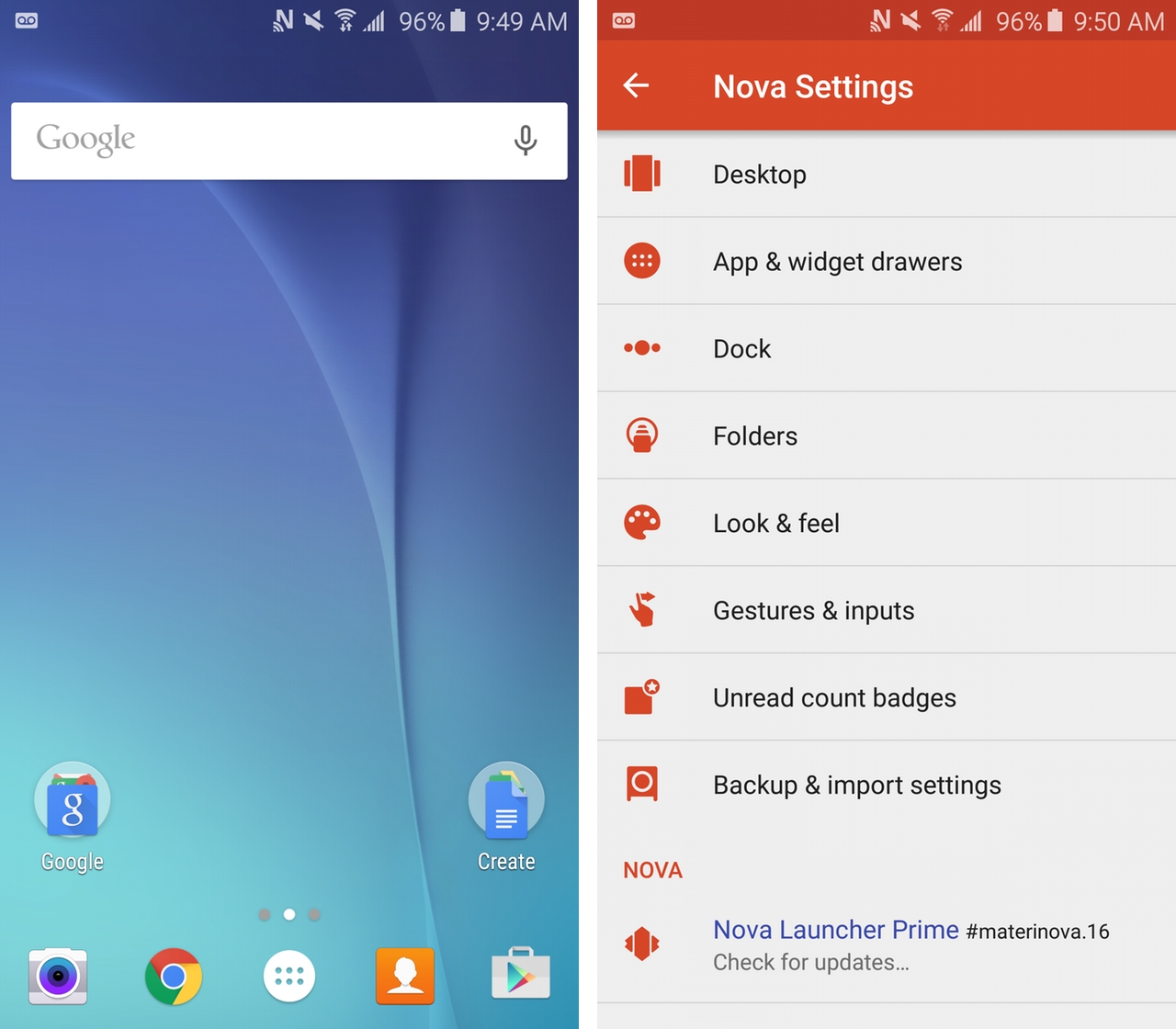 One of Android’s biggest virtues is its ability to disappear elements of the experience distasteful to its users. So it is with launchers, the home page of every Android smartphone.

While OEMs have, over the years, improved the quality of their respective launchers, third-party alternatives like Nova, Apex, Action and, most recently, Aviate, have offered not only deeper customization but improved experiences.

The recent Nova Launcher beta, dubbed #materinova, repurposes the launcher without alienating the core user base. Recoded on top of Launcher3, Google’s open-source foundation for its own Google Now Launcher (and Action Launcher 3, among others), Nova now looks and feels more Lollipop-native while retaining all the features existing users love.

Nova has always been about recreating the simplicity of Google’s own launcher while allowing ultra-granular customizations of almost every part of the UI. That extends to theming, icons, sizing, gestures and more. Major new features in this version, which is still a beta, include unlimited desktop pages, a maximum icon size of 150%, the ability to swipe down from the top of the app drawer to search, and lots more.

Of course, this being a beta, users must opt into it through Google+ and downloading the beta through Google Play. This beta also removes support for Android 4.0 ICS, which at last check comprised only 5.9% of the entire base.