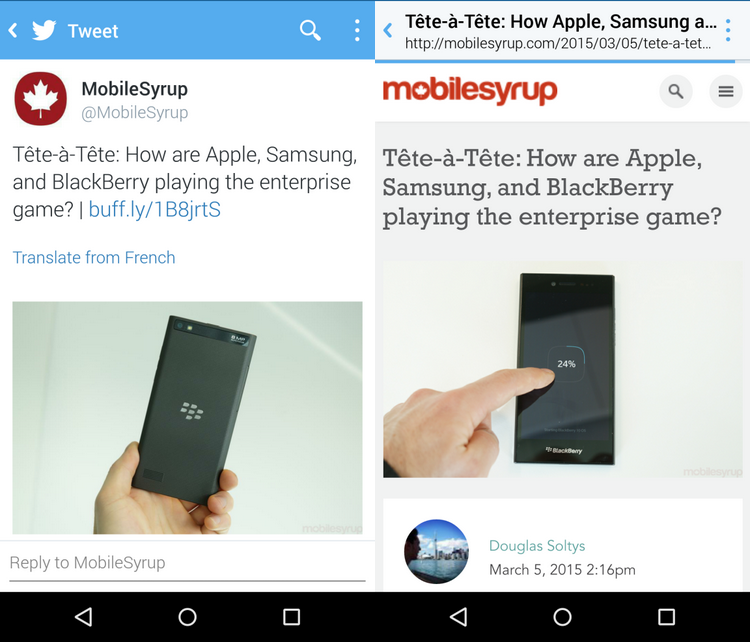 If you’re a Twitter user that happens to be using the company’s native Android app (as opposed to one of the numerous third-party ones out there), you may notice a subtle change in how your Twitter client handles links within tweets.

Before, clicking on a link within your timeline would open up that webpage in your phone’s default browser. However, those days could be numbered, as Twitter is testing a new integrated browser that allows Android users to view links right from within the Twitter app. A similar change happened to Facebook a few months back.

Several reports say this feature is only for Twitter for Android Beta testers, but we can confirm that we’ve had access to this new feature since last night on a 2014 Moto X that’s attached to a Google account without access to the Beta program.

We’ve also discovered that the feature is not without its faults. It regularly opens up links just fine only to boot you to Chrome for Android after only a few seconds. One thing is certain: not everyone has access to this feature, and it’s not clear how widespread this testing phase really is. Presumably Twitter is still working out the kinks and will make an official announcement once it’s more stable.