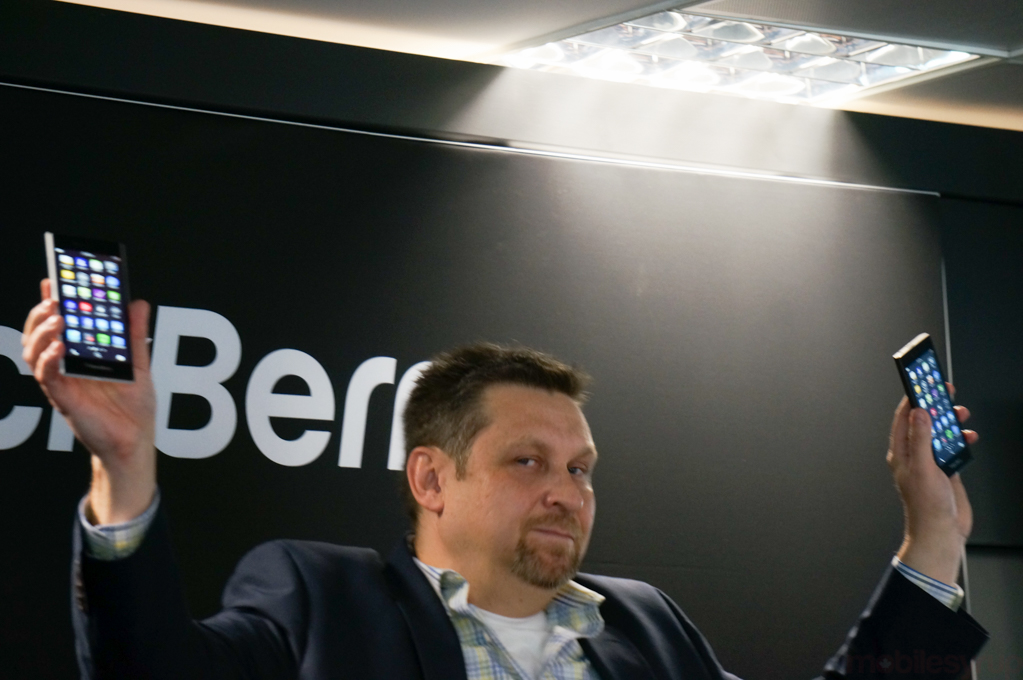 BlackBerry unveiled a new device at an intimate breakfast event in Barcelona this morning, the 5-inch Leap.

A spiritual successor to the Z10, released more than two years ago, the Leap moves away, like the Passport and Classic, from the numbered naming scheme BlackBerry 10 was built on, but the fundamentals are the same.

The Leap appears to be another black rectangle, similar to the other nondescript BlackBerry device released in 2014, the Z3. It features a 5-inch 1280×720 pixel LCD display, a 1.5Ghz dual-core Snapdragon S4 processor, 2GB of RAM, 16GB of storage, an 8MP rear camera, a 2MP front camera, and a 2,800mAh battery. 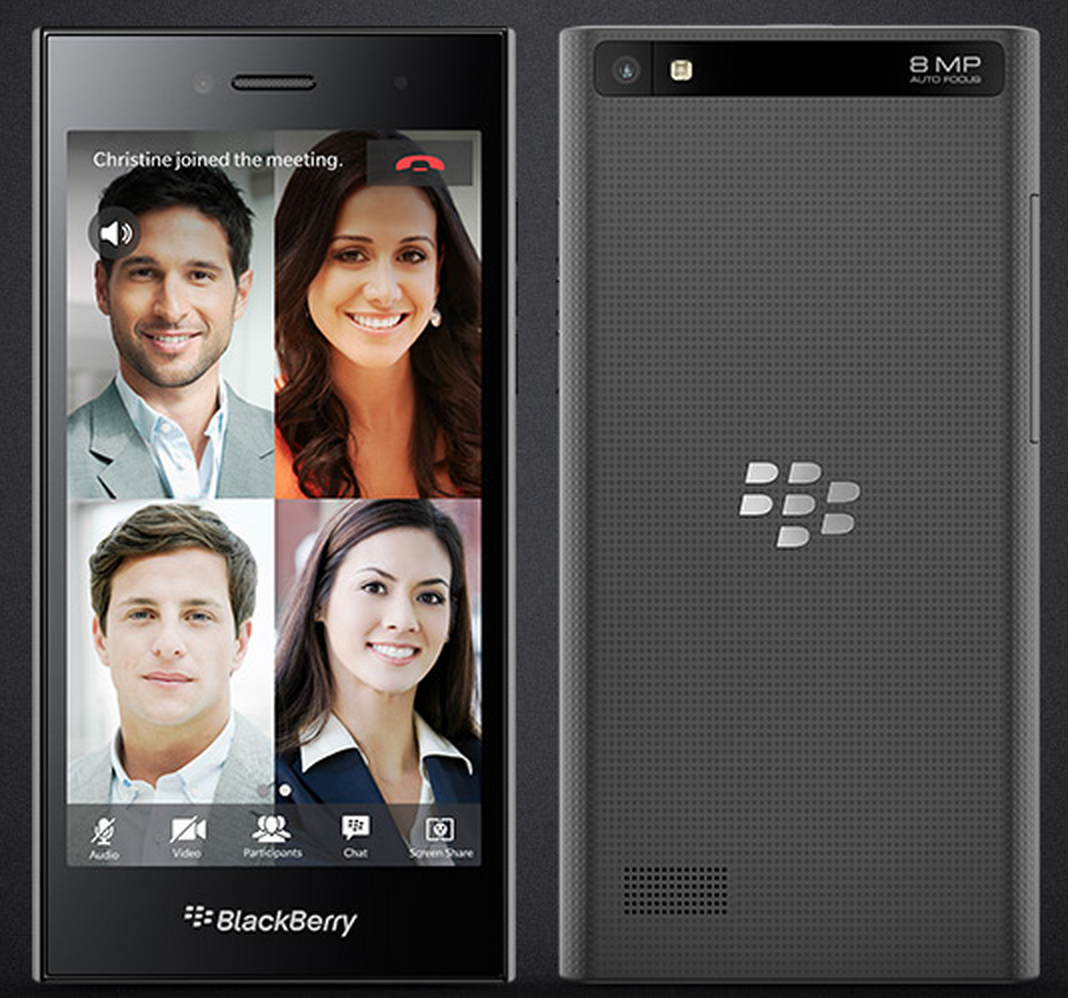 Aimed at “young mobile professionals,” the Leap runs BlackBerry 10.3.1 purpose-built for full touchscreen devices. BlackBerry aims to give users 25 hours of mixed usage, more along the lines of the Z30 than the Z10, but in a smaller form factor.

With security as its new marketing focus, the Leap features all the latest software and services innovations BlackBerry announced this week, including including BBM Protected, BlackBery Blend and more. The Leap also comes with the Amazon Appstore and BlackBerry World pre-installed. 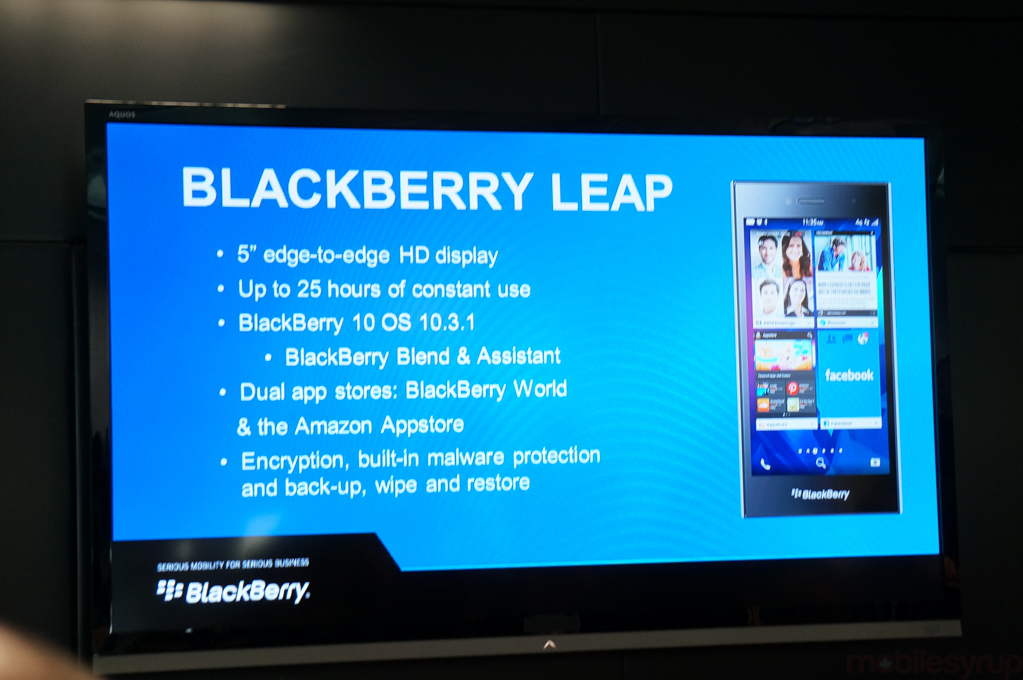 BlackBerry is aiming the Leap at medium-to-large businesses to buy in bulk — hence its low MSRP — that can be deployed to employees to work with newly-announced remote management services. The BlackBerry Leap will come encrypted out of the box, with built-in malware and antivirus protection, and easy remote backup, wipe and restore support. Such a model is useful for businesses that deploy hundreds or thousands of devices to field employees.

Expect the Leap to launch in Canada at some point, since BlackBerry has outfitted the device with North American 3G and LTE, including support for 700Mhz, AWS and 2600Mhz bands.

A solid device, the Leap weighs 170 grams and comes in at 9.5mm thick. It’s going to launch in Europe and Asia sometime in April for $275 USD outright.

We’ll have a hands-on for you shortly.