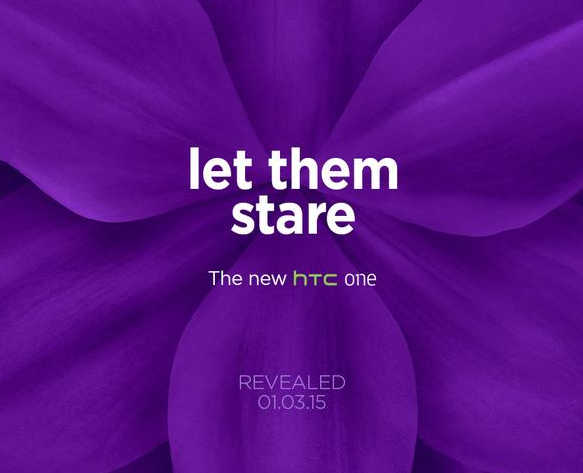 HTC’s MWC press conference invitation didn’t reveal much about the content of the event itself, but most of us assumed we’d see the HTC One M9 as soon as the invites were sent out. After all, the One M8 was announced in March of 2014. It only makes sense that the company’s invitation to “see what’s next” would be its 2015 flagship.

In the weeks since HTC scheduled the MWC event, we’ve seen countless leaked photos as well as rumoured specs for the HTC One M9. This morning, mention of the HTC One M9 cropped up in the code on HTC’s own website. Now though, the company has confirmed the phone’s existence in a more official manner. This afternoon, HTC UK posted the picture you see above on Twitter.

This confirmation of a new HTC One’s arrival is news in and of itself (even if it is entirely expected), though this teaser does also seem to suggest that HTC may not refer to this device as ‘the One M9’ but instead, ‘the new HTC One.’