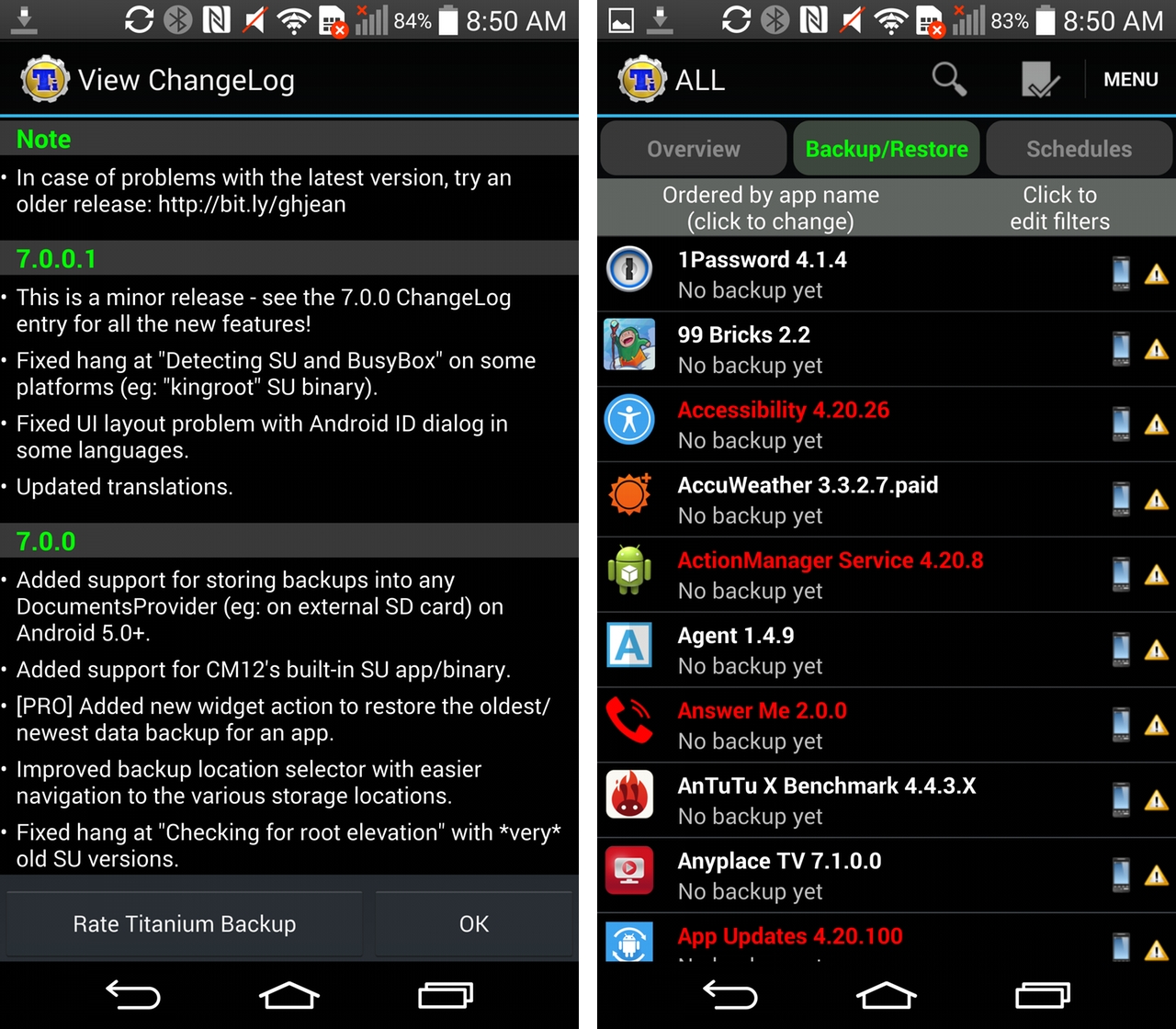 One of the oldest, least attractive and most useful Android apps ever, Titanium Backup, has just been updated with some awesome Lollipop-flavoured improvements.

The main event here is direct Android 5.0 compatibility, and support for saving backups to the predetermined DocumentsProvider folder on an external SD card. If you recall, while KitKat largely broke external SD functionality, Lollipop revived it and then some.

Other than that, there aren’t too many improvements, and certainly none visual — TB still looks like it’s straight outta 2009. But for people who want to back up and restore their apps, files, and file states, there really isn’t a better option.

But seeing as how TB is only for people who root (the app, not the disease), we have a question: Do you still root? If so, why? Is it for stuff like Titanium Backup, or are there other reasons for hacking and modding your phone these days?

Titanium Backup is free to download, but the Pro version, which allows for batch backups and a few other perks, costs $7.61 CDN.

Want to root your Moto X without unlocking the bootloader? Now you can