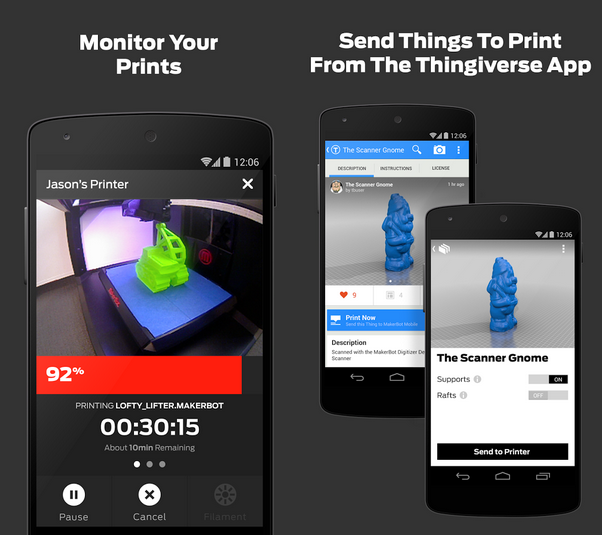 Makerbot has finally launched an Android version of its mobile app, which launched on iOS in November of last year.

The app’s hero feature is the ability to wirelessly 3D print objects right from your smartphone. However, you can also access everything in your MakerBot Cloud Library, as well as monitor print jobs, download new digital models or designs from the Thingiverse, and pause or cancel prints. Your MakerBot Replicator will send you photos of your build every three seconds to keep you up-to-date on your project’s progress.