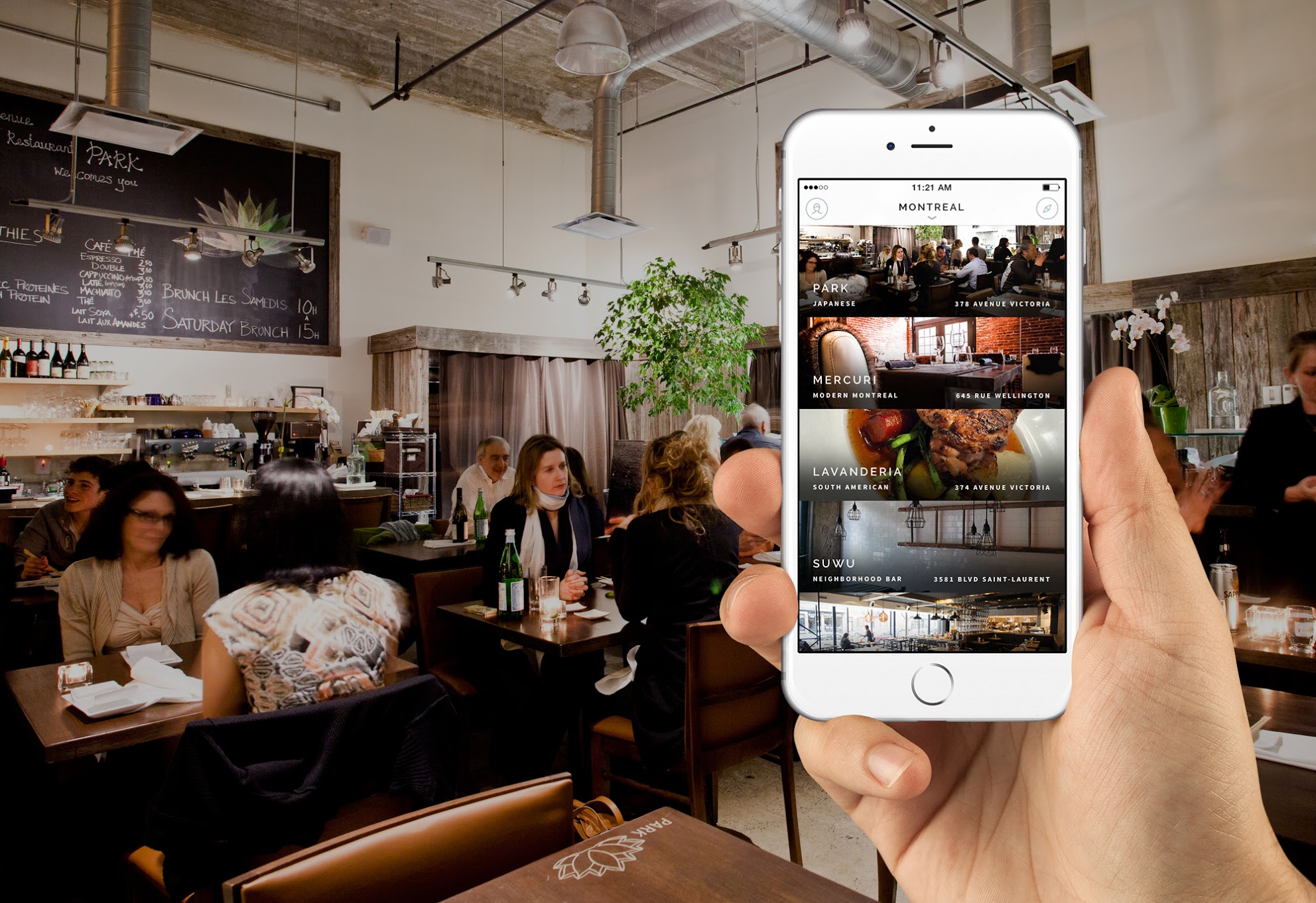 The way people dine out hasn’t changed much over the years. You open a door, wait to be seated, order your meals from a friendly-but-aloof waiter, ask for the bill, and plonk down some cash or a credit card. When Canada switched over in earnest from the swipe-and-sign model to the more secure chip-and-pin, a new, awkward tenet was added to the interaction: the waiter hovering nearby while a customer pays with a wireless terminal.

Neither the swipe model nor its newer chip equivalent is without its issues. The former forced the waiter to take the credit card away, while the second forces him or her to wait around while you finish the transaction.

As Uber changed the way people interact with taxis, embedding hailing, location and payment into the single experience, Tab means to do for restaurants. The Toronto-based startup started in its home city with 12 partner restaurants last year, allowing users to pay for their meals using one or many credit cards. Similar to Uber, no money changes hands: Tab works with a restaurant’s point of sale system to automatically charge one’s credit card through a smartphone app.

But over the course of its expansion — Tab is now up to 60 restaurants in Toronto and, starting today, 12 in Montreal — the service is increasingly being used by restaurant-goers as a symbol of quality.

This virtuous cycle has extended to restaurant owners, too, who have contacted Epstein in droves to add the service to their backend. When a restaurant decides to integrate Tab, Epstein or a representative from one of his small team (there are eight full-time employees) will visit and train the staff and management on how best to use it.

“When people see a Tab sticker in the window, they know that it’s going to be a good spot, that there’s an emphasis on quality,” Epstein tells me over the phone from Montreal, where the service is launching in 12 restaurants today. 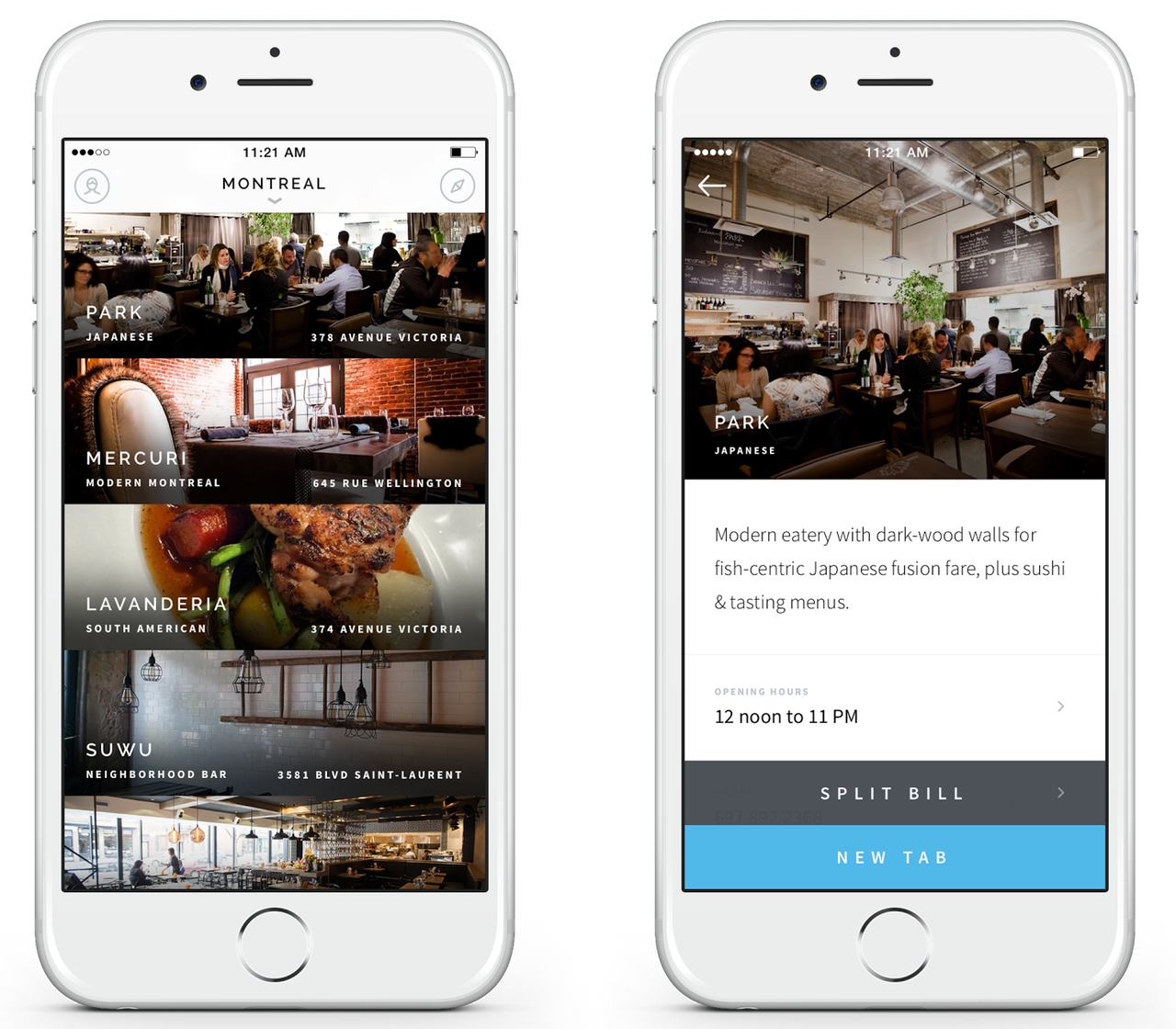 “We wanted to have that same focus in Montreal,” he says. It was a natural next step to expand to there, he continued, as the city has one of Canada’s finest culinary scenes. Most participating restaurants, such as Park, Ryu, Mercuri, Tapeo, Meson, Suwu, Buonanotte and Liverpool House, are located in the trendy downtown core, a strategy derived from Tab’s deliberate rollout throughout Toronto’s entertainment district.

While Tab launched mainly with restaurants along the tourist-friendly King St strip, Epstein admits that it was the addition of places along Queen St. “from Bathurst to Landsdowne” that saw the fastest uptick in users. Epstein claims that the company is up to 10,000 users, with around 75% on iOS and the rest on Android.

Epstein is also bullish on the mobile payment market in general. While he is comfortable with Tab’s rather niche place in the nascent space, he is excited for Apple Pay to expand to Canada, if only because it will help people trust the process more implicitly. “One of Apple Pay’s biggest benefits is the way it securely stores credit cards,” offering them to third-party apps through an SDK. Manually adding credit cards is the biggest pain point his customers still go through, he says.

But he’s already using another technology that Apple has been promoting in the physical retail space: beacons. Using Estimote’s iOS-focused beacon hardware, Tab will send a push notification to nearby smartphones telling them about the service and its benefits. “There’s more to beacons than just enabling the push experience on the mobile internet,” he says. Indeed, beacons facilitate a wealth of useful data, such as micro location analytics — how long someone sat in a particular spot — and customer duration stays. Restaurants can then use this data to improve service and, ideally, cut down on wait times.

Tab has also gotten into the editorial game with a new series of blog posts focusing on the front-of-house managers that are largely overlooked in the Game of Chefs. “Chefs have become these rockstars,” Epstein tells me, “and managers have been left out of the story.”

Epstein is eager to tell that story — any story — that includes Tab in the process.