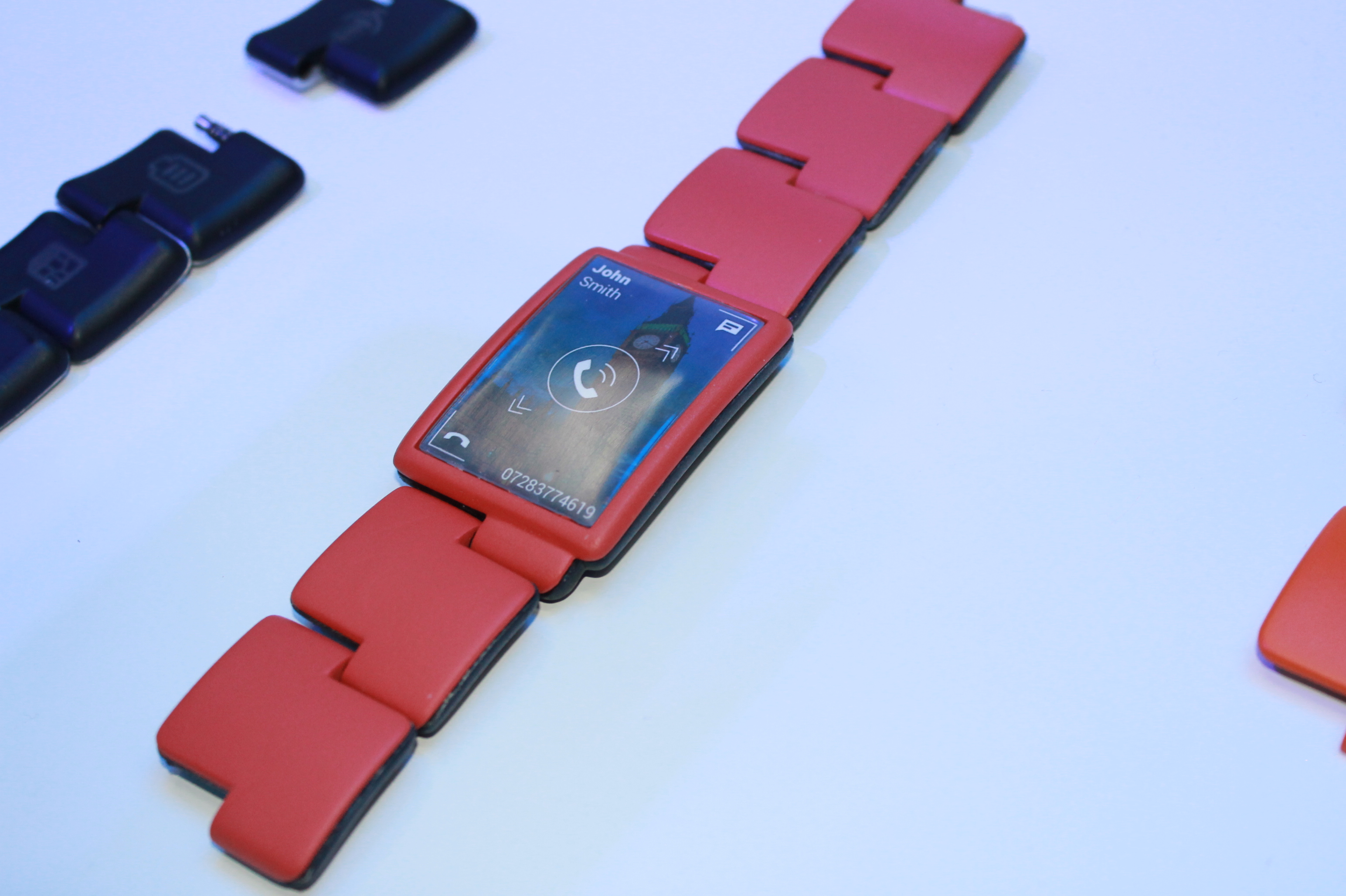 In a sea of smartwatches here at CES, Blocks stands out. The UK-based startup has designed a smartwatch that uses the links of the watch band to customize sensors and features of the device. Blocks sees modularity as the key to success for wearables and are determined to prove it. 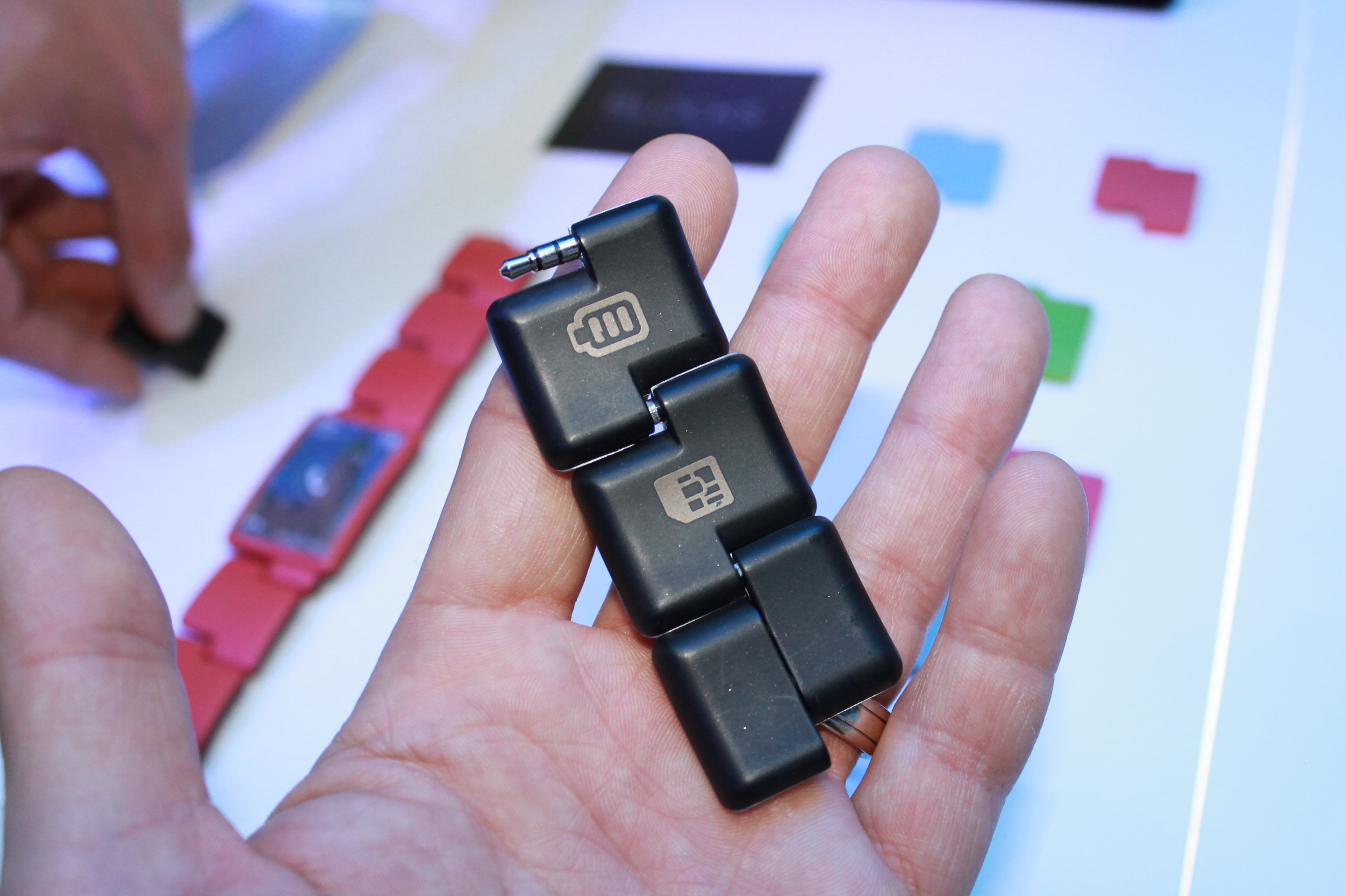 The watch band is the new playground for smartwatches with companies like Kairos and Montblanc using this area of the watch to place tech instead of the watch face where we are used to seeing it. Blocks sets itself apart from these solutions by using both the entire watch, face and band, to house its tech. The Blocks smartwatch uses each link of the band as building blocks (thus the name) for the overall device, impacting the way it performs and functions. 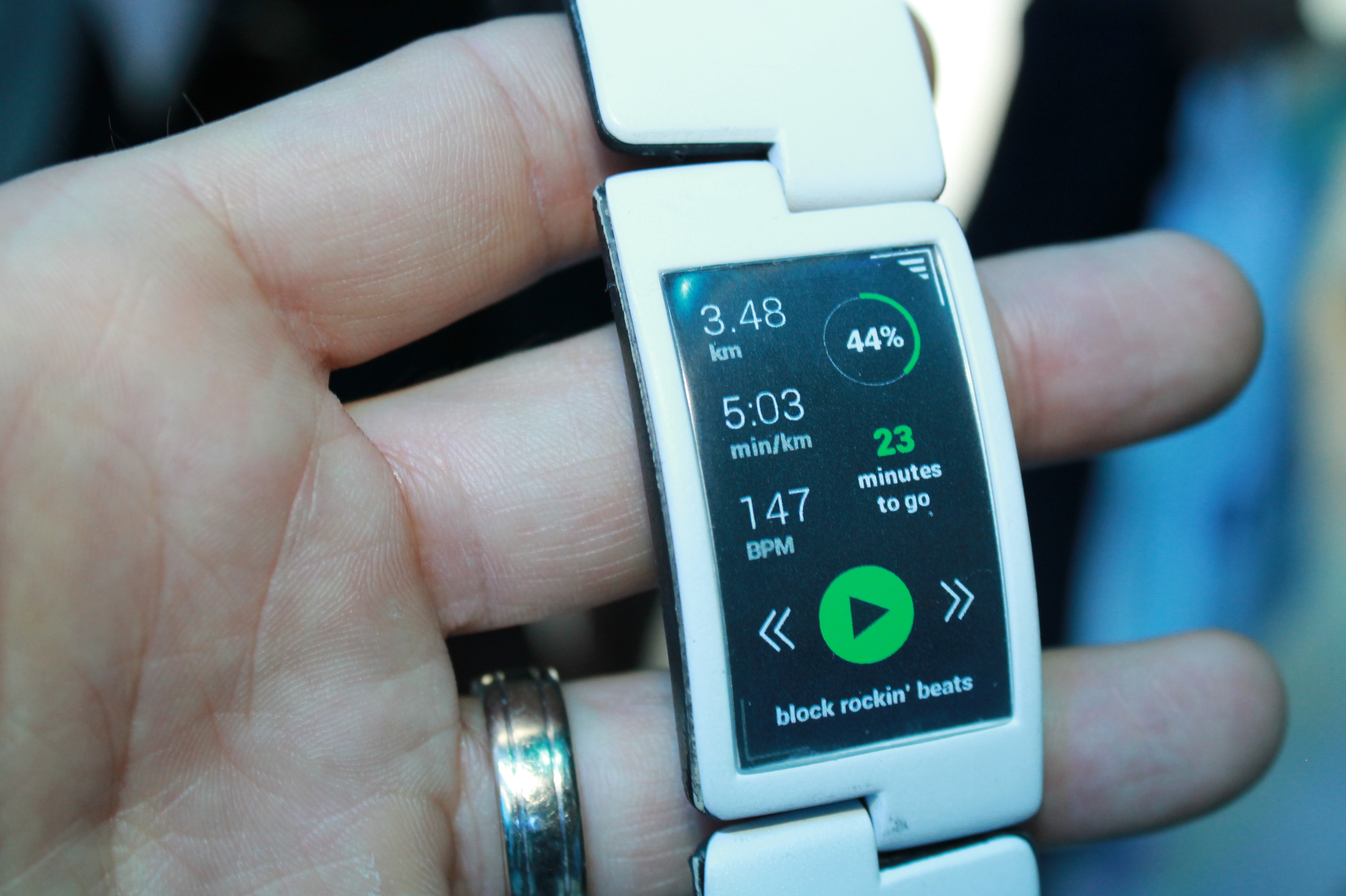 The company plans to launch its smartwatch with six block choices including a heart rate monitor, motion sensor, extra battery and NFC, but its website shows possible future blocks, such as a fingerprint scanner, microphone, and EMG and MMG sensors. Each smartwatch is expected to use four to five blocks and dummy blocks will be available to ensure that the band has enough length to clasp around various sized wrists.

In making certain functions of the watch modular, users can customize their smartwatch to suit their lifestyle and even their needs at specific times of the day. If you are into fitness, then you may wish to build a watch with sensors. If you don’t care about step counting then you might want to get a couple extra batteries. 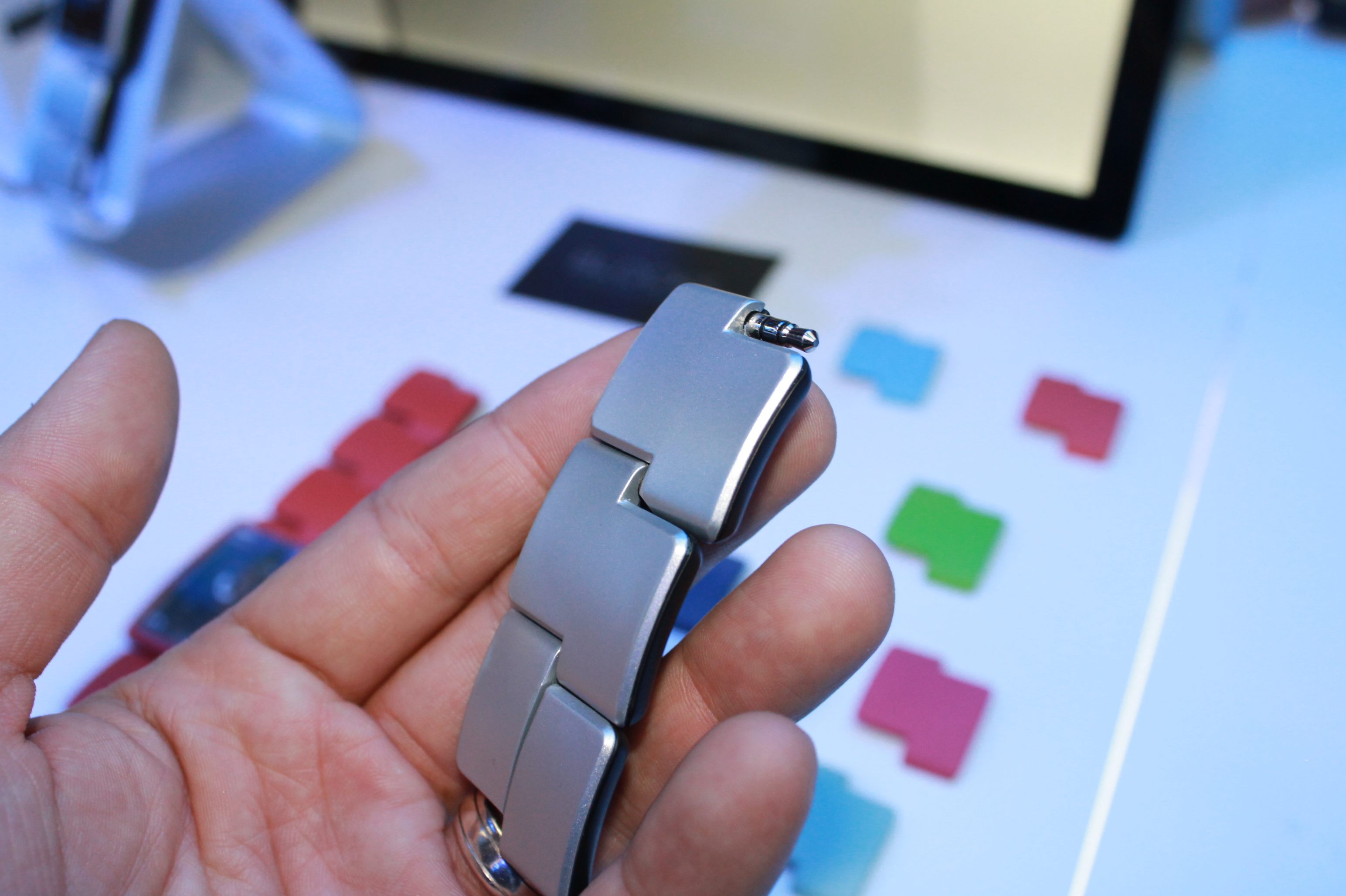 Connecting all of the blocks together is the watch face or the core. The core will feature a colour touchscreen and will house the chips, processor, a battery and Bluetooth technology. The Blocks team is currently deciding whether the smartwatch will run Tizen or Android Wear but they are not intending to build their own proprietary OS. They will need to build custom software to help put all the pieces together when the Blocks form the band and are connected to the core device. 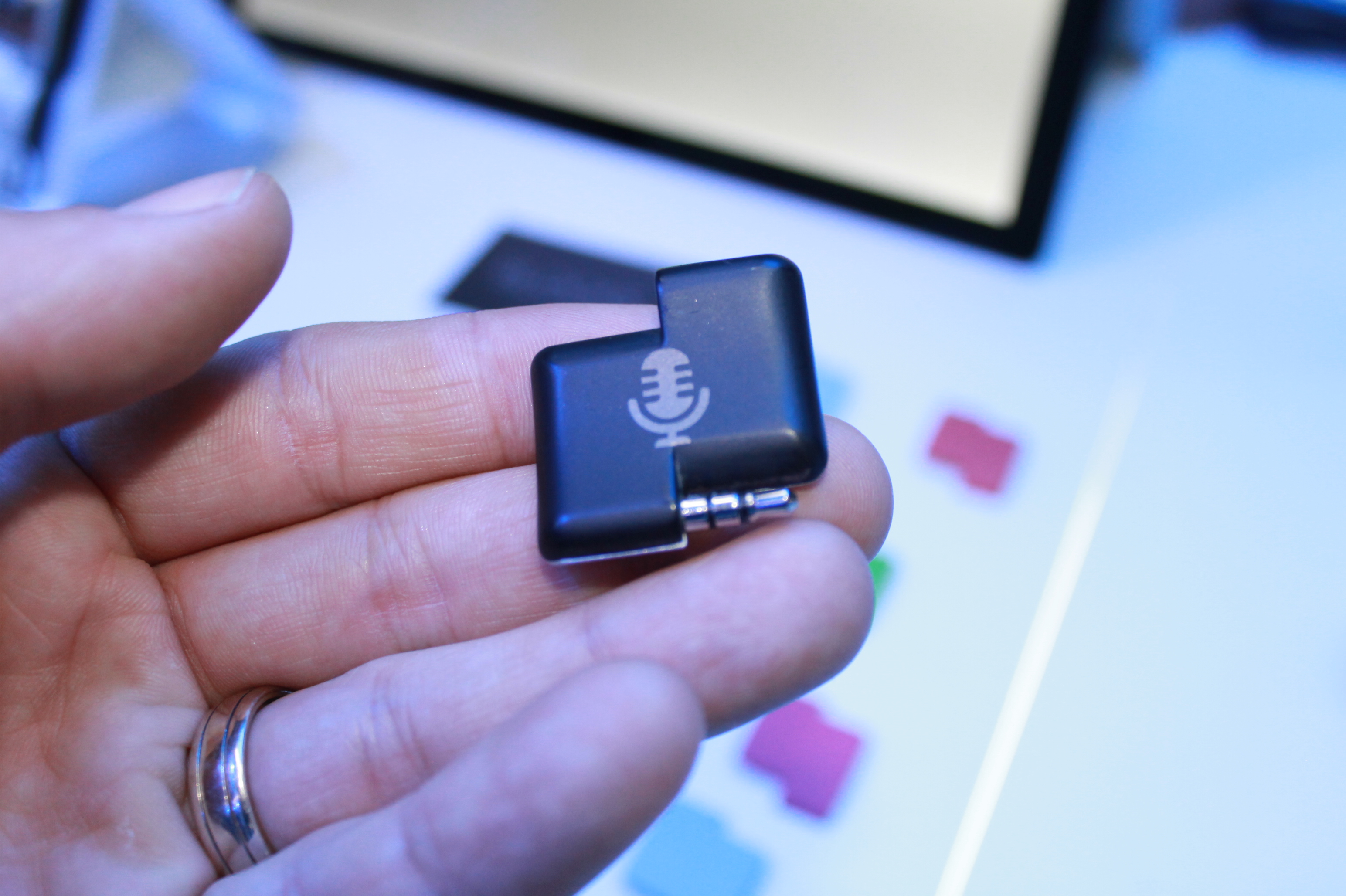 Along with the ability to customize the functionality, the Blocks team is also committed to offering choice in the watch’s style. They are planning to offer round, rectangular and e-ink screen options. They are also making each block face removable so that users can swap out different colours and materials to suit their individual style. 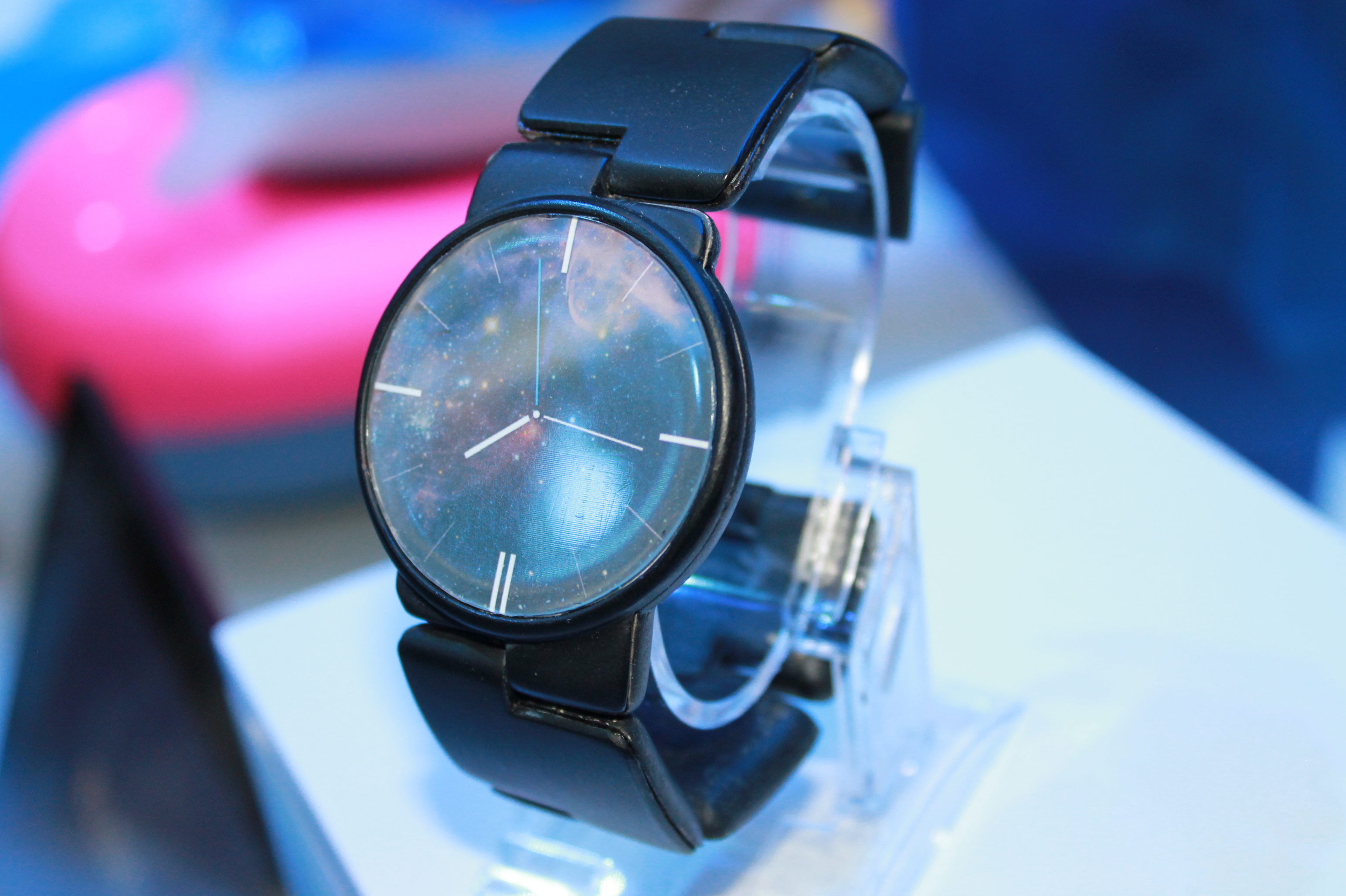 Blocks was showing off its design prototype in the Intel booth as it was part of the Intel “Make It Wearable” challenge making it to the finals. The team plans to launch a crowdfunding campaign in June with an ambitious target of starting to ship by end of this year. A Blocks smartwatch with core and all six block options is expected to cost around $320.