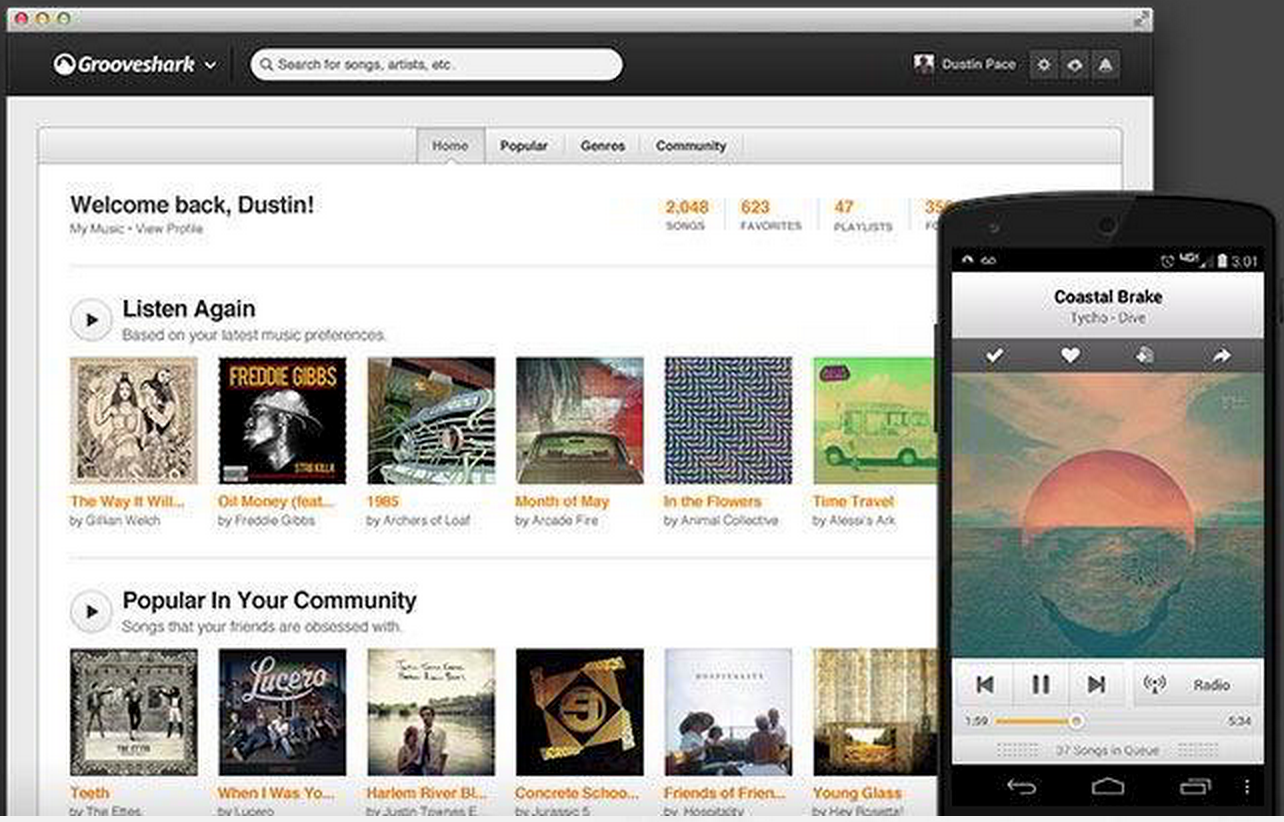 Grooveshark is well known for its copyright infractions and resilience in the face of those infractions. While the service has been sued by every major music label, it’s attempted to forge a legitimate path by paying out nominal fees to those labels, as well as adhering to DMCA takedown requests.

But starting next year, Grooveshark will attempt to move one step further towards legitimacy by offering Broadcasts, a 99-cent-per-month streaming music offering similar to Pandora. Yes, it will only be available in the U.S., but it speaks to the company’s desire to widen the restrictive box in which it put itself when, as a tiny company operated by college students, it wasn’t able to offer the labels the revenue guarantees they required to form the contracts that Spotify, Rdio and others have been force into.

With Broadcasts, Grooveshark plans to use the standard U.S. royalty rates for radio streaming, which limits skips per hour to six and “curates” rather than selects a particular artist. For example, a user can search for Taylor Swift but if her music isn’t available to stream it will select similar artists.

Broadcasts also plans to differentiate itself by allowing users to build playlists and talk amongst each other in channels, similar to the now-defunct turntable.fm. Grooveshark currently offers a $9/month VIP streaming version that eliminates ads, allows offline playback and mobile streaming. Apple and Google both banned the app from their stores due to copyright infringement reports from the labels, but they are available as sideloaded or jailbroken apps.

There’s no word if Broadcasts will eventually launch in Canada, but streaming services like Songza have found a lot of homes on Canadian browsers, so stay tuned.