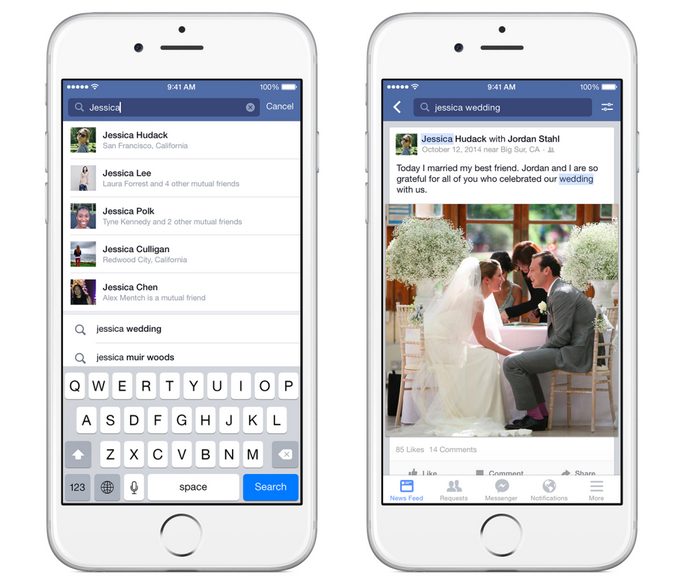 Facebook’s Graph Search is being rebranded and heading for mobile. Launched for desktop users in early 2013, Facebook today announced that Graph Search is to be renamed Facebook Search and will hit iPhone this week.

When it launched, Graph Search gave users the ability to discover places nearby or find out what their friends were saying about a certain topic. The goal was to give people a way to search Facebook using natural language (like “restaurants my friends like in Toronto”) and now this feature is getting keyword search functionality and making its way off the desktop and into your pocket.

Today’s update comes from user feedback and incorporates keyword search. So now you can more easily find that funny video of the dog and the baby by searching for either ‘dog’ or ‘baby’ (though, admittedly, you search for ‘baby’ on Facebook at your own risk). No more trying to figure out who posted that recipe for chocolate chip cookies, because a quick Facebook Search query should point you in the direction of that post.

With the massive stream of content that runs through our news feeds every day, the ability to search content on services like Facebook, Instagram and Twitter is becoming more valuable to the user. Of course, Facebook is probably collecting some pretty useful data too, but the company apparently won’t be distributing ads through search. It hasn’t said it won’t ever, but it doesn’t sound like there will be ads when the update rolls out later this week.