Where is Microsoft’s flagship Lumia? 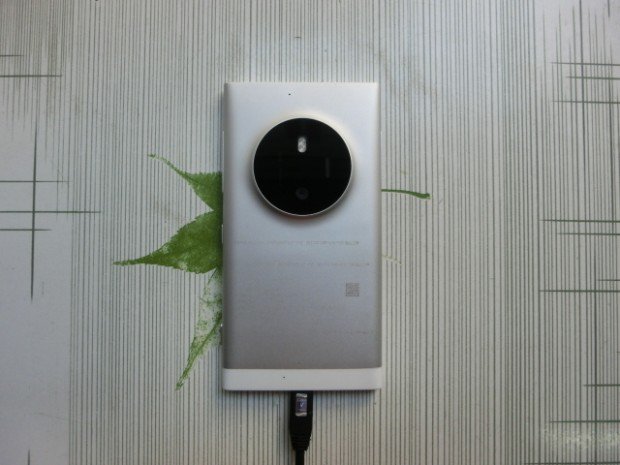 The Lumia 1020 only arrived in Canada last October but it feels like forever since we were excited for a flagship Lumia. That could be because the 1020 was formally unveiled about 18 months ago. Or maybe it’s because we haven’t heard much in the way of rumours about a successor in the year since the 1020 hit Canada. Now, with the Lumia name sold to and rebranded by Microsoft, we’re left wondering what the next flagship Lumia will look like.

This week we got our first peek at what might have been. Codenamed McLaren, the Nokia device you see above was apparently supposed to launch in November but was canned by Microsoft earlier this year. WMPowerUser reports that this prototype McLaren unit was put up for sale in China and packs a camera with a 50MP sensor, 2GB of RAM, an unnamed Snapdragon CPU, with 32GB of storage. The display is said to be between 5- and 6-inches with a 1080p resolution.

Given the phone’s design and specs, as well as the timing of the phone’s supposed launch, we can only assume that what we’re looking at is the sequel to the Lumia 1020. Unfortunately that doesn’t leave us with a lot of information about Microsoft’s plans.

Given we’ve seen other Lumia devices launch in the months since the acquisition, the McLaren was probably canned because Microsoft wants to carefully plan its first “Microsoft Lumia” flagship. It doesn’t want its first headliner to be a ‘Here’s one we made earlier.’ The initial report of the McLaren’s demise hit in July, so that’s probably when Microsoft started planning its first flagship under the Lumia brand — when it made the decision to cut the McLaren. How long it will be before we see that device is anyone’s guess.

There’s a rumoured January event that will apparently be focused on Windows 10, as well as some discussion on the future of Windows Phone. It’s possible we’ll hear more about Microsoft’s mobile hardware plans then, but it seems more likely the company will wait until MWC, which is just over a month later, especially if it plans to launch the device with Windows Phone 8. Showing off a Windows Phone 8 device alongside Windows 10 could hurt the phone’s image.