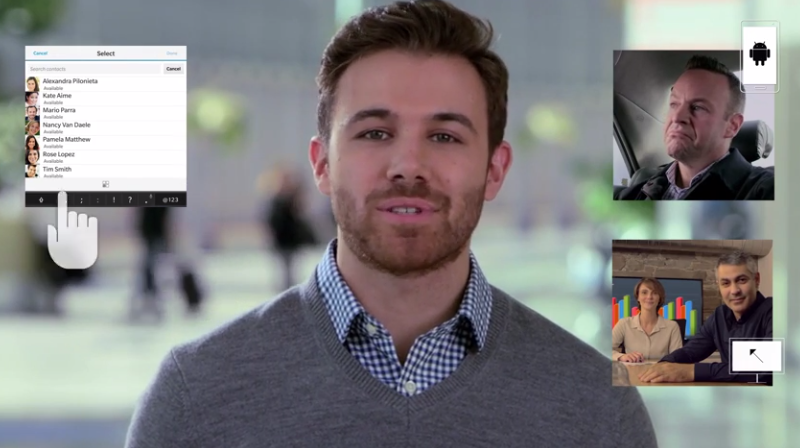 BlackBerry continues to expand upon and flesh out the features of its BBM messaging service. The company today hosted a BES event to unveil a new a new app called BBM Meetings that it says will address the shortcomings of current collaboration solutions.

BBM Meetings has been a long time coming for BlackBerry and is supposed to facilitate collaboration on the go. It takes BBM’s video and voice chat functionality and puts an enterprise spin on things. Meetings allows for up to 25 participants as well as screensharing, the ability to launch a meeting directly from a BBM chat, support for scheduling meetings via address book, BBM or email, and the ability to invite participants on the fly. It also eliminates the need for PINs or unique IDs to join a call. All you have to do is answer the call like you would a normal phone call and you’ve joined the meeting.

The major selling point here is that Meetings is cross-platform compatible, so you can hold a call with 10 different people using a mixture of Android, Mac and Windows devices (iOS is labelled as ‘coming soon’). BlackBerry is offering a 30-day free trial but pricing for Canadians is $13.75 per host per month after that.