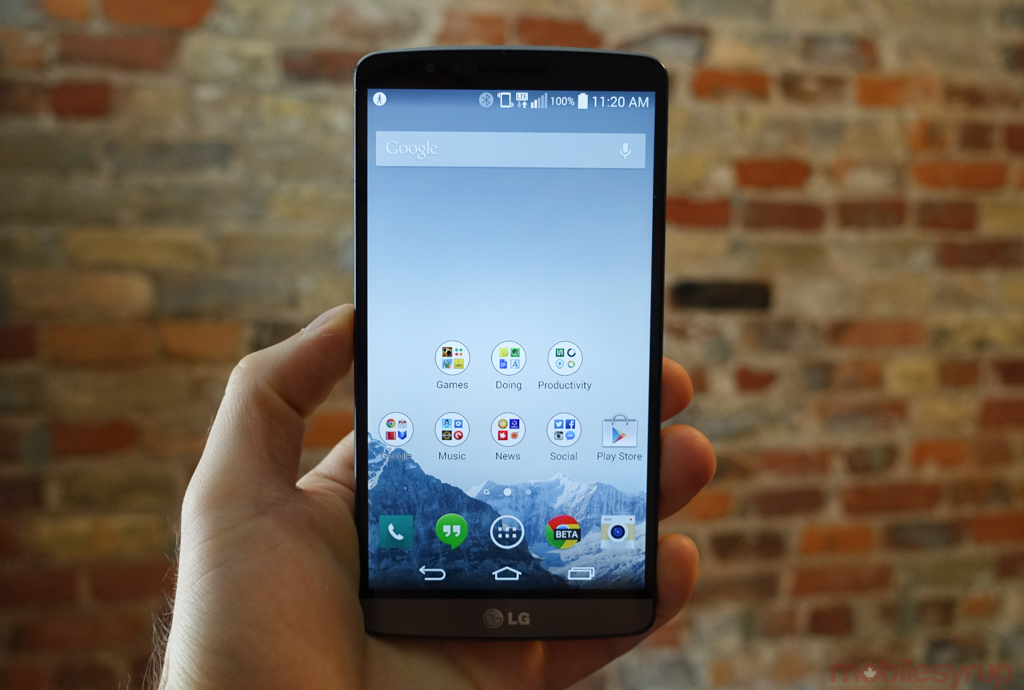 For Q3, worldwide smartphone shipments saw 25.2% growth compared to the same period in 2013, and an 8.7% increase compared to last quarter. IDC says that these record numbers are largely thanks to strong growth in the developing markets.

“We’ve finally reached a point where most developed markets are experiencing single-digit growth while emerging markets are still growing at more than 30% collectively,” IDC’s Ryan Reith said in a statement. “In these markets, smartphone price points are making mobile computing possible where we once expected feature phones to remain dominant.”

The new reality has affected OEMs at the top, especially those that typically focus on high-end devices in developed markets. Samsung, for example, remained in the top spot for volume, but was the only company in the top five to see its shipments drop compared to last year. In Q3 2013, Samsung shipped 85 million units; in Q3 2014, it shipped just 78.1 million smartphones. Meanwhile, Lenovo’s low-cost phones drove its shipment stats for this quarter from 12.3 million units last year to 16.9 million units.

Perhaps most interesting is the fact that Xiaomi is now number three in terms of volume and market share (it’s never placed in the top five before) having enjoyed 211% growth compared to the same time last year, when it held just 2.1% market share. This year, it has 5.3%. 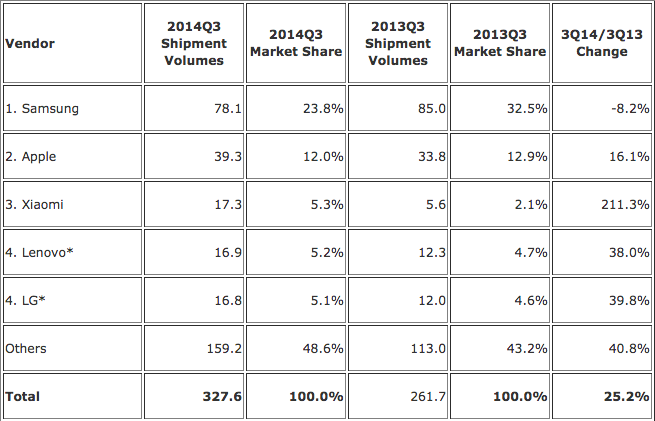