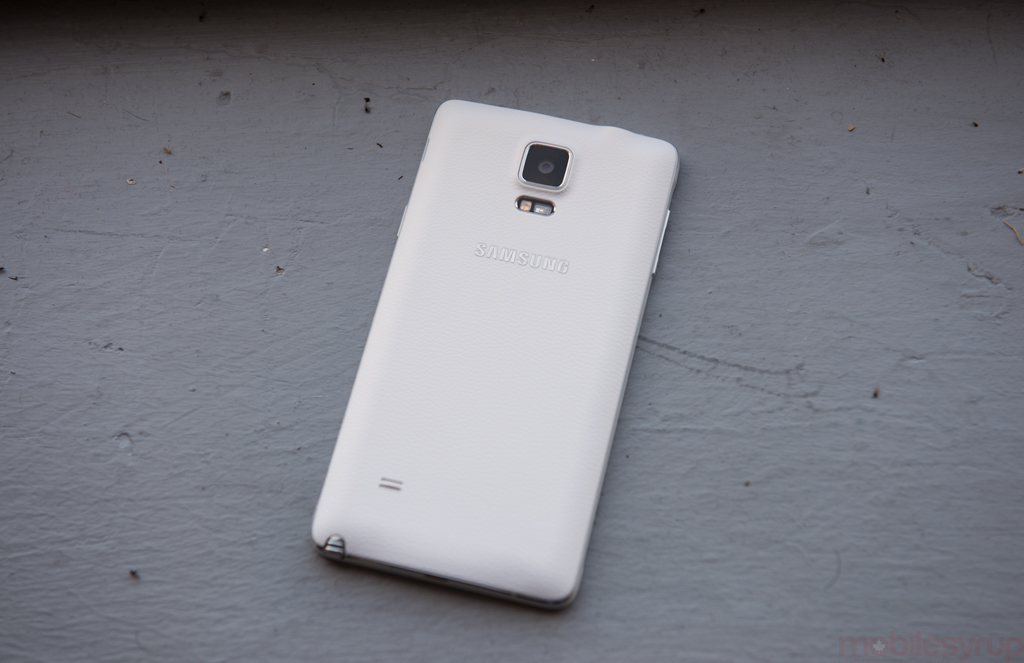 Following its September unveiling at IFA and a Korean debut earlier this month, Samsung’s Galaxy Note 4 finally arrives in Canada this week. The device will launch tomorrow, October 24th, and carriers and retailers are divulging contract pricing ahead of its arrival.

Bell, Telus and Sasktel are neck and neck with their contract pricing. The phone packs the same $299 punch across all three carriers. Rogers is charging $30 more at $329 on a two-year agreement. These prices are taken from Best Buy Canada’s listings, but should be the same on the carriers’ sites when the device launches tomorrow.

Off-contract, Rogers is actually selling the phone for less. The device is priced at $799.95 at Bell, while Rogers is offering the device for $50 less at $749.99. Telus does not yet have off-contract pricing on its website.

The Samsung Galaxy Note features a 5.7-inch 2560 x 1440 QHD AMOLED display and runs on a 2.7GHz quad-core Qualcomm Snapdragon 805 SoC paired with Adreno 420 graphics and 3GB of RAM. The phablet packs 32GB of on-board storage, a 16MP rear-facing camera, a 3.7MP camera up front, WiFi, Bluetooth, NFC, a fingerprint sensor and a heart rate monitor, as well as an oxygen saturation sensor. The whole thing is powered by a 3,220 mAh battery and the device just recently received a firmware update to boost battery life.

Galaxy Note 4 gets battery-boosting firmware update ahead of launch