Videotron will finally be launching its long-awaited LTE network this Wednesday. The Quebec-based carrier is ready to flip the switch on for its high-speed wireless network, which is touted as “the largest in Quebec, reach[ing] theoretical speeds of 150 Mbps.” The move is part of a 20-year joint network agreement with Rogers reached last year.

Customers interested in hopping on the new LTE network will need to grab an LTE-enabled SIM card, with compatible devices including the HTC Desire, Sony Xperia ZL, Nexus 5, Samsung Galaxy Note 3, Galaxy S4, and Galaxy S5. Unfortunately, Videotron’s LTE network will not yet support the iPhone 5s or iPhone 5c.

Update: For those with an iPhone on Videotron, we’ve received word that the reason for the delay is due to the devices have not yet received their LTE certification. “LTE iPhone comes Certification September 17, with the iOS update 8.”

Update #2: Videotron has rolled out its LTE network in partnership with Rogers. As a result of the tower sharing, Videotron is offering service in parts of eastern Ontario and Ottawa, areas that are not covered under its 3G HSPA+ coverage map, though its 4G DC-HSPA+ network does cover the same region. 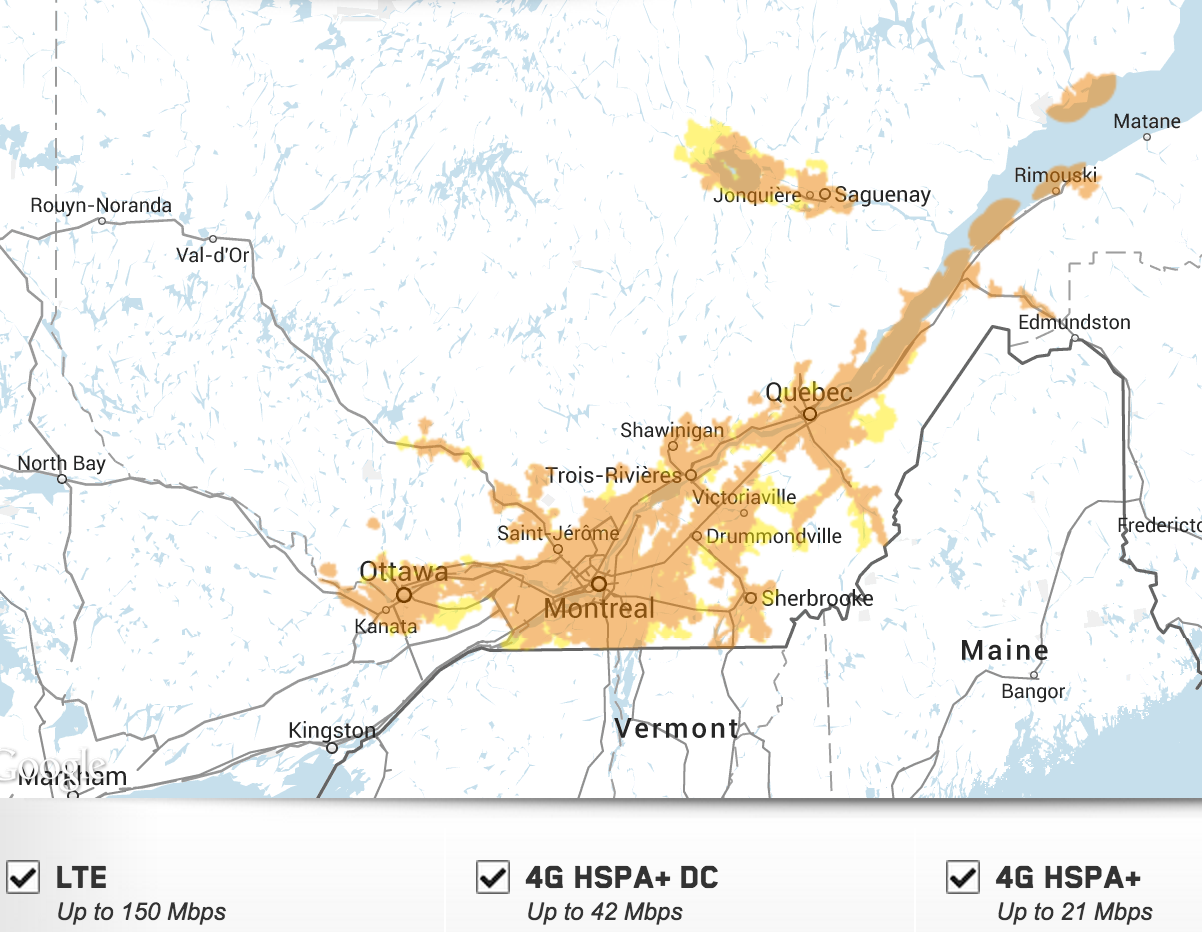 We’re still waiting for verification on this, but according to a commenter, Videotron is not transitioning some of its existing plans over to the LTE network. In particular, some of the high data bucket plans like the old 6GB, 30GB and unlimited plans are not valid. It looks like the current $79.95 6GB plan is valid, though. If you’re unsure whether your current plan will work with Videotron’s new LTE network, give customer service a call or visit a local store.

The network supports speeds of up to 150Mbps with select devices, though it’s unclear whether the company is using its newly-purchased 700Mhz spectrum or merely unused parts of its AWS bundle. We’ve reached out to Videotron for comment.

Videotron will also be swapping out SIM cards for LTE-compatible versions beginning on September 22nd.

Update #3: According to Videotron’s press release, the carrier now has 550,000 wireless subscribers and that its LTE network reaches nearly 90% of Québec’s population.