Weekly Note: Calm before the storm 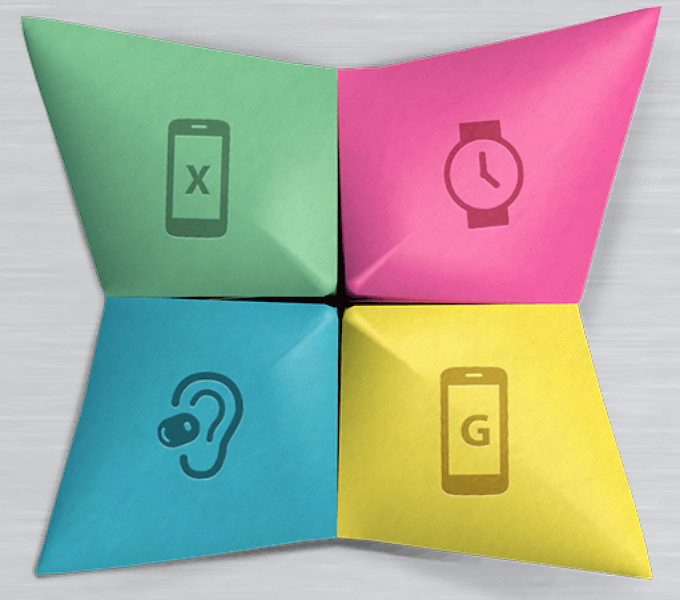 Every year, tech journalists at once salivate over and thoroughly dread the months between September and early January.

The former marks IFA, and the onslaught of back-to-school, pre-holiday technology announcements, while the latter ends the crazy period in a burst of blazing light, thunder and blisters known as CES.

There’s something for everyone during these months, and as the years have gone by I’ve witnessed a sobering taking-for-granted shift to the whole proceeding. Companies slave for months creating powerful computers that fit in our pockets, opening up almost limitless potential for work, play and correspondence — many of which are dismissed as rudimentary, uninspired or worse. Check yourself.

This year, things may get really interesting, as hardware and software seem to be coalescing into some of the best, most exciting products we’ve seen in half a decade.

Starting with the multi-screen potential of Android L, I think Google has finally nailed the two things that its mobile OS lacked compared to iOS and Windows Phone: fluidity and app design fragmentation. The former crops up all too often, even on the fastest hardware, and it’s due to a combination of the way Android is designed — things are happening in the background, even when the foreground app is getting most of the attention — and the needs of coding for hundreds of CPU, GPU and screen targets.

Design fragmentation is more ethereal, and is becoming less of an issue over time, but has to do with the way designers approach Android as an ecosystem: appeal to the most users with the least overhead. Android L and Material Design will allow those same devs to create beautiful, functional user experiences across many screen sizes.

But until Google provides more details about Android L — Lollipop, Lemon Meringue Pie, Lindt? — the next few weeks will all be about hardware. Starting on Wednesday, we’ll get a sneak peek at the Samsung Galaxy Note 4, followed by a bevy of hardware from Motorola. At IFA we’ll hear from Microsoft, Huawei, Asus, Alcatel OneTouch, Sony, HTC and more, with their versions of perfect smartphones, tablets and wearables at every price point. We’re excited and already exhausted at the prospect of covering them all.

And then, on September 9th, Apple will unveil its larger iPhone(s), revealing more details about iOS 8 and whatever new hardware tricks the company has been cooking up. We know of at least a few today: payments will play a big role, as all three major credit card companies are reportedly on board; and we will hear about the work Apple has been doing to unify health data into a single place with HealthKit which, if rolled out the right way, could significantly lessen the distance patients feel to their practitioners, both physically and emotionally.

A larger iPhone will also reignite the debate over ideal screen size, somewhat vindicating the forward-thinking nature of Android OEMs — specifically Samsung — over the past four years. But it does raise a good point: do consumers want bigger devices because they’re inherently better? Or did market momentum, and the need for OEMs like Samsung to differentiate themselves from Apple in tangible ways, force their proverbial hands?

Here at home, Canadians are gearing up for debates over domestic roaming prices and the upcoming AWS-3 and 2,500Mhz spectrum auctions. While data buckets are getting bigger, it seems that prices won’t come down until companies like Quebecor have assurances, backed up by regulation, that government bodies are behind them. Wind and other small providers have recently benefitted from regulation over roaming exclusivity agreements, launching faster networks at lower prices, but these companies would be hard-pressed to convince anyone they have truly national networks.

As we get into the first back-to-school season under the new Wireless Code of Conduct, for which incumbents have blamed lower revenues and higher customer retention costs, it will be interesting to see whether the promotional plans we saw in years past — 6GB for $30 (unlikely), double data (more likely) — return.

It’s hard to argue that Canadians don’t have access to some of the fastest and bandwidth-rich networks in the world, but those privileges come at a cost: among the highest average revenue per user (ARPU) in the developed world. The government seems to be committed to installing a fourth national competitor in every market, but does not intend to force the hands of incumbents any more than giving new entrants a more friendly sandbox in which to play.

This fall, as your most loved and hated companies return to the marketplace with new products, plans and offers, remember, you’re a consumer, and speak louder with money than fire. We’re happy to be your source for Canadian news, but we won’t tolerate hate speech in our comments. Be nice to one another, and help make the community better for everyone.

Have a safe and happy Labour Day!