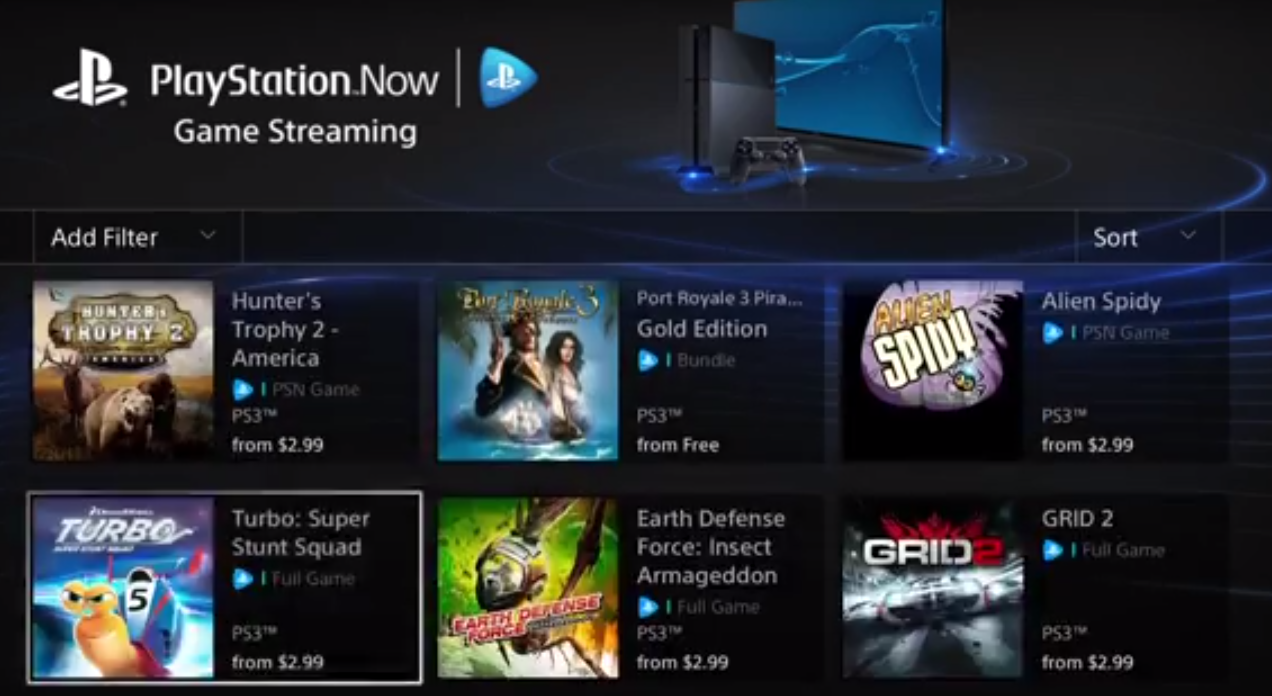 After a few self-conflicting reports on its potential availability, Sony has confirmed via its PlayStation Blog that the PlayStation Now video game streaming service has launched today in Canada and the U.S. as a public beta. The public beta contains over 100 PlayStation 3 titles available for rental with prices varying by time-period: 4-hour ($2.99), 7-day ($5.99), 30-day ($7.99) and 90-day ($14.99). Sony is also considering a subscription model.

PlayStation Now will initially be available only for the PlayStation 4, but the relevance for MobileSyrup readers comes in Sony’s cross-platform plans for the service. In addition to the PlayStation 3 and Vita handheld, PlayStation now will eventually make its way to tablets and smartphones, a potentially milkshake-draining move we’ve covered in some detail here. If Sony can get PlayStation Now to enough mobile devices with functional controller support, at the very least the service will provide a compelling alternative for those disenchanted with the Nvidia Shield.

Here are the games hitting PlayStation Now in June 2021

PlayStation Plus and Now subscriptions are 25 percent off in Canada