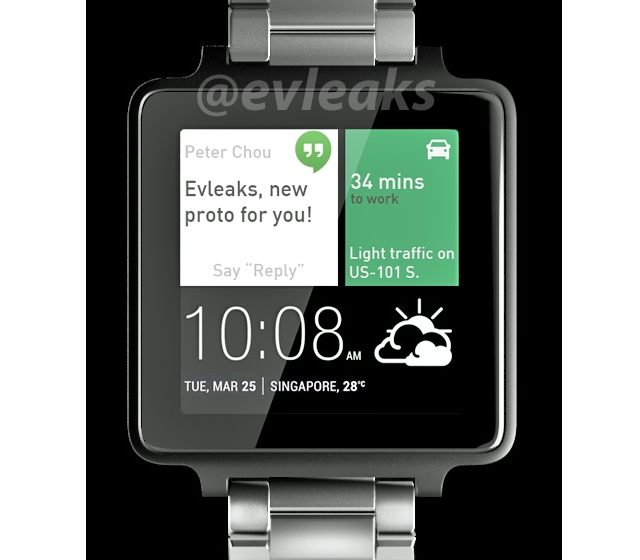 Ignore the watch face; it’s just a mock-up. But according to @evleaks, the hardware render is real, and could give the Moto 360 a run for its money.

HTC is set to release an Android Wear smartwatch later this year, and a leaked render of the timepiece shows its clad in metal, including the chassis and, most likely, the default strap.

The Taiwanese company has already committed to creating an Android Wear smartwatch, so the announcement is likely imminent, but it’s nice to see that HTC is continuing to focus on premium build quality and simplicity; there doesn’t appear to be any buttons, so it could operate similarly to the LG G Watch in that regard.

The LG G Watch and Samsung Gear Live are the two currently-available Android Wear devices on the market, and while they offer a decent experience for most Android users, they lack a certain panache that Motorola, with its Moto 360, and HTC, with its unnamed companion, will hopefully offer.