Google launching a media-heavy redesign of its Play Store 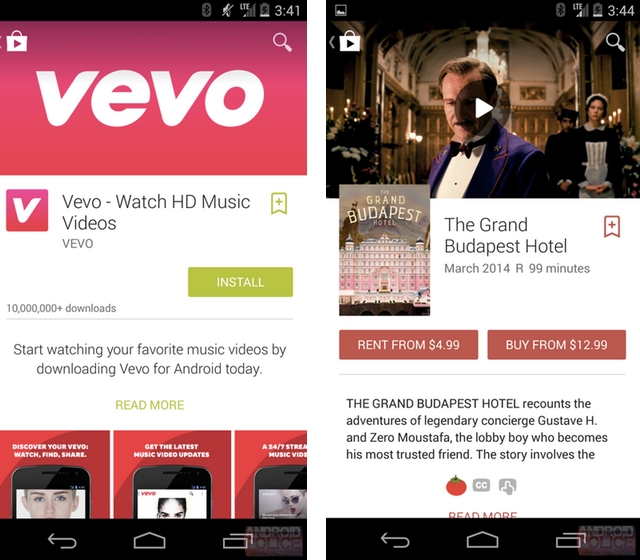 Google is set to launch a media-heavy redesign of its Play Store in the coming months, likely in the run-up to the release of Android L.

The company launched a new set of design principles at Google I/O, Material Design, and has committed to overhauling most of its mobile and web portals to coincide with this fall’s launch of Android L.

Android Police has received what appears to be a series of screenshots from a new version of the Play Store, for both phones and tablets, showing a media-heavy, minimal redesign of Android’s app centre.

Like many websites today, Google is making app logos, screenshots and content overviews front and centre, with a surfeit of white space. Reviews are front and centre, and app descriptions are more widely spaced.

It’s not clear when the redesign will launch, but it makes sense that Google will roll it out, possibly piecemeal, over the next few months.