During BlackBerry’s quarterly earnings call today, CEO John Chen announced that the next device to hit the market will be the BlackBerry Passport, formerly known as Windermere.

The targeted release date for the Passport is set for September and it’ll come in both black and white. As for the overall design, Chen stated that “when you first see the phone, people said it is the world’s smallest phablet or the world largest phone… This has a phone with a very interesting aspect ratio with 1:1 aspect ratio. You can read 60 characters across the screen… this makes it a lot easier to read documents and is 453 dpi.” Previous reports indicated that the Passport would come with a 4.5-inch 1440×1440 pixel display, a quad-core Snapdragon 800 processor, 3GB RAM, a 13MP camera,  2MP front-facing camera, and a non-removable 3450 mAh battery.

As for the BlackBerry Classic, which is coming in November, Chen stated that this BB10 smartphone has “a little larger screen than the Bold 9900.” The BlackBerry Classic will be “crafted from premium materials and designed for reliability and durability.” It has a 3.5-inch touchscreen and brings back the iconic navigation keys (menu, back, send, end) and trackpad of the legacy BlackBerry product line.

Update: Here is a picture, courtesy of David Friend, that shows the size of the BlackBerry Passport… which looks like the actual size of a Canadian passport.

Update #2: Another picture has popped up, courtesy of Donny Halliwell, that shows the upcoming BlackBerry Classic. (above) 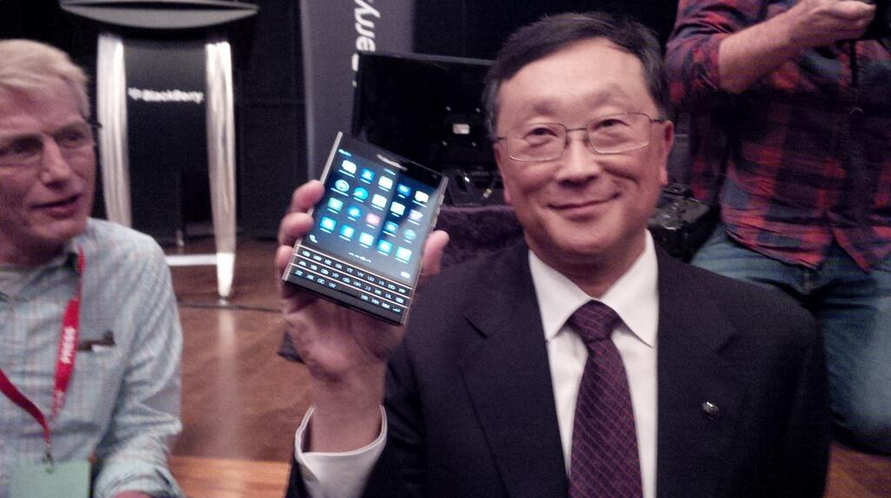 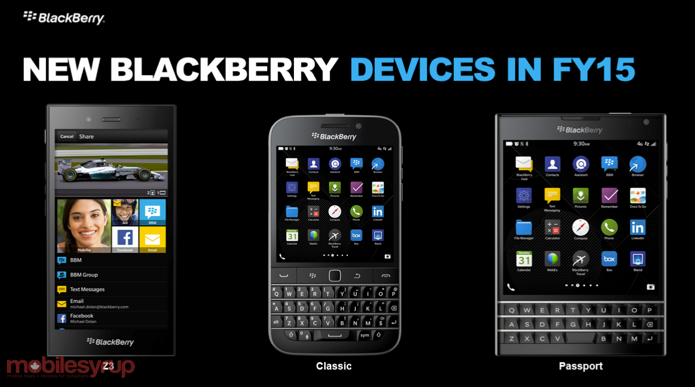