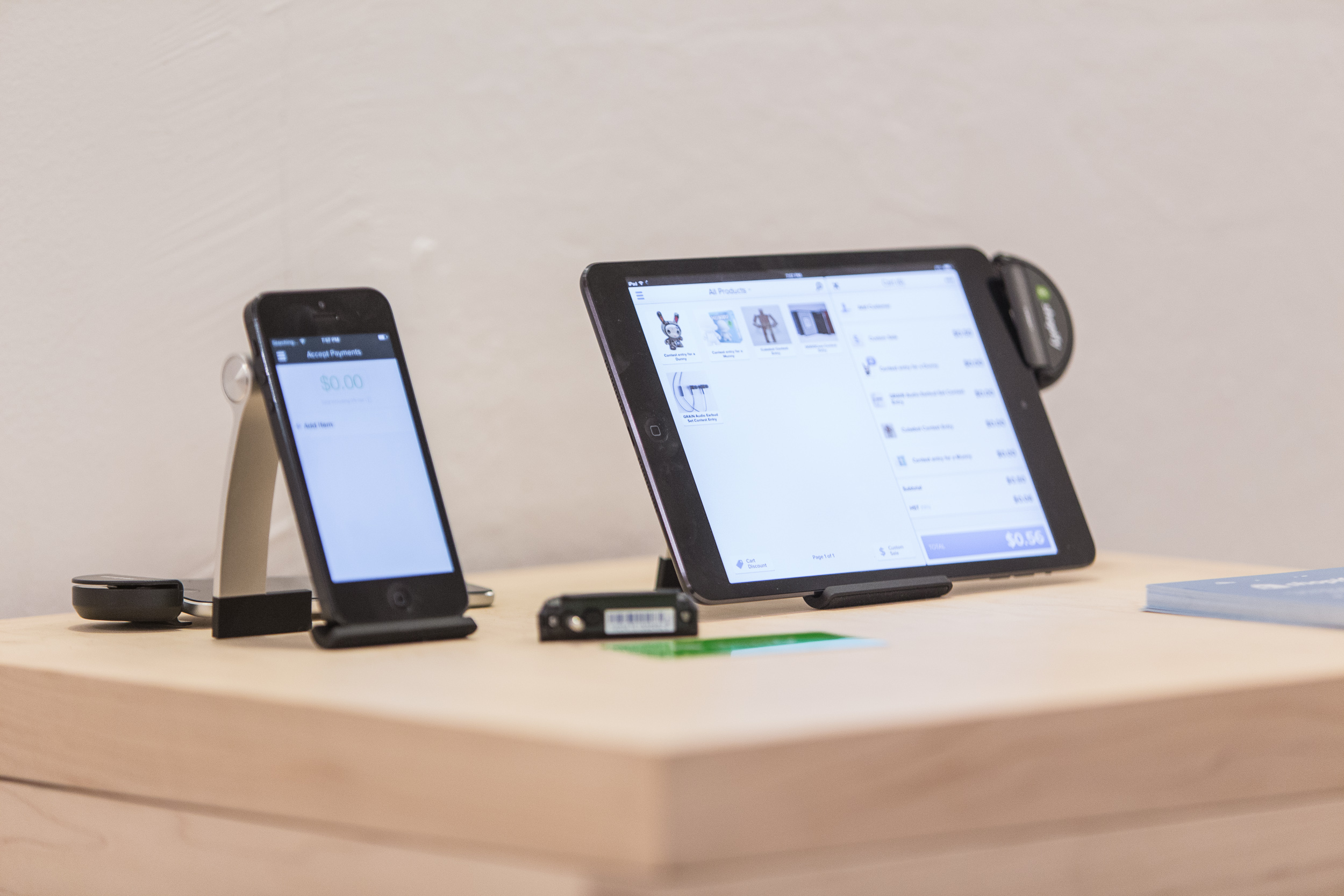 Despite being an Ottawa-based company, Shopify has tended to try new things south of the border first before bringing them back home. Such is the case with the company’s mobile card reader that turns an iPhone into a point-of-sale (PoS) solution — a device that is also given away for free to clients who want to accept payments virtually anywhere.

Shopify showed off the reader and its various other offerings for retailers at an event in Toronto this week, presenting what it thinks is a complete PoS system that gives Canada’s mom-and-pop shops the tools to work as if a much larger company. 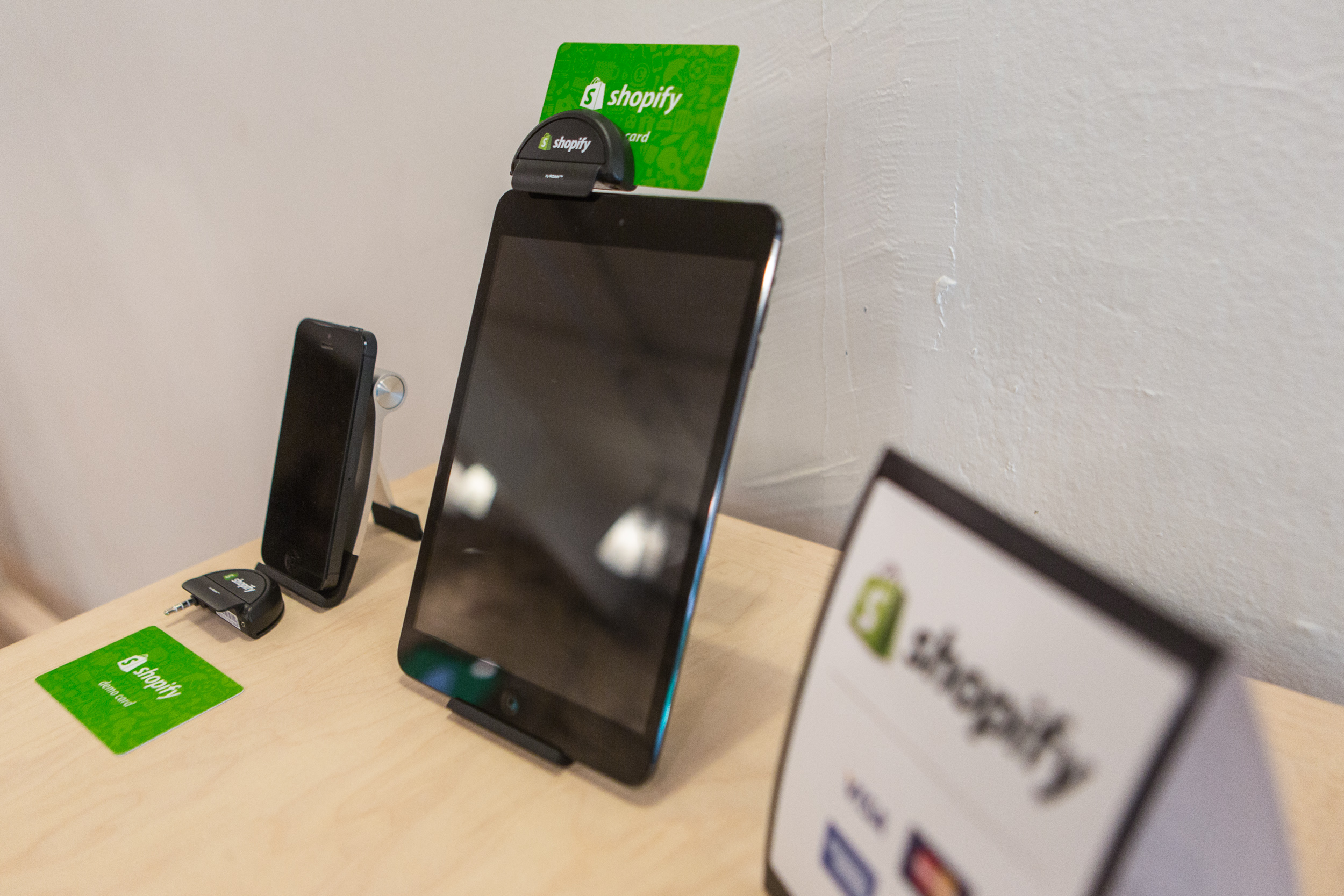 Bringing the card reader into the fold is the latest piece of a setup kit that was initially launched last summer. At that time, the company had made it possible for merchants to accept and manage payments from cash or credit cards (Visa, MasterCard and American Express) without having to go through third-party accounts like PayPal. In addition, it had introduced a brick-and-mortar PoS system using iPads running its own Shopify POS app. Having already been established as an e-commerce platform for online retail, it allowed merchants to essentially merge both their brick-and-mortar and Web sales together with their inventory.

The card reader, which plugs into an iPhone’s headphone jack, also uses the Shopify Mobile app to accept and process credit cards — but not Interac debit cards — and email receipts to customers directly. To sweeten the deal for merchants, the company is also taking a smaller cut from each transaction, now ranging from 2.7% on a Basic Plan, 2.4% on a Professional Plan and 2.15% on an Unlimited Plan.

The mobility of the reader is meant to help those who take part in farmer’s markets, flea markets, trade shows and pop-up stores or have no storefront at all. Those who want a reader can simply order one directly from Shopify with free shipping in Canada. Shopify Mobile is also free to download.

I talked to the company’s VP of Products, Adam McNamara, about all this and where he sees the mobile side of things headed.

“One of the realizations a lot of businesses in their infancy are coming to is that it’s really a requirement to sell everywhere,” he says. “Even if you don’t have a dedicated retail space, running a pop-up shop or participating at a trade show, you want all those customers and sales in one place, so that you know where sales are coming from, how to get more and when to fulfill and ship orders.”

This centralization effort is based on that “sell everywhere” idea, which he says will be a hallmark of the company’s mobile strategy moving forward, as it tried to put it all in “affordable package that’s accessible.” This will also include integration with Pinterest, where products can show up as Rich Pins or Buy Now on the popular discovery-centric social network. 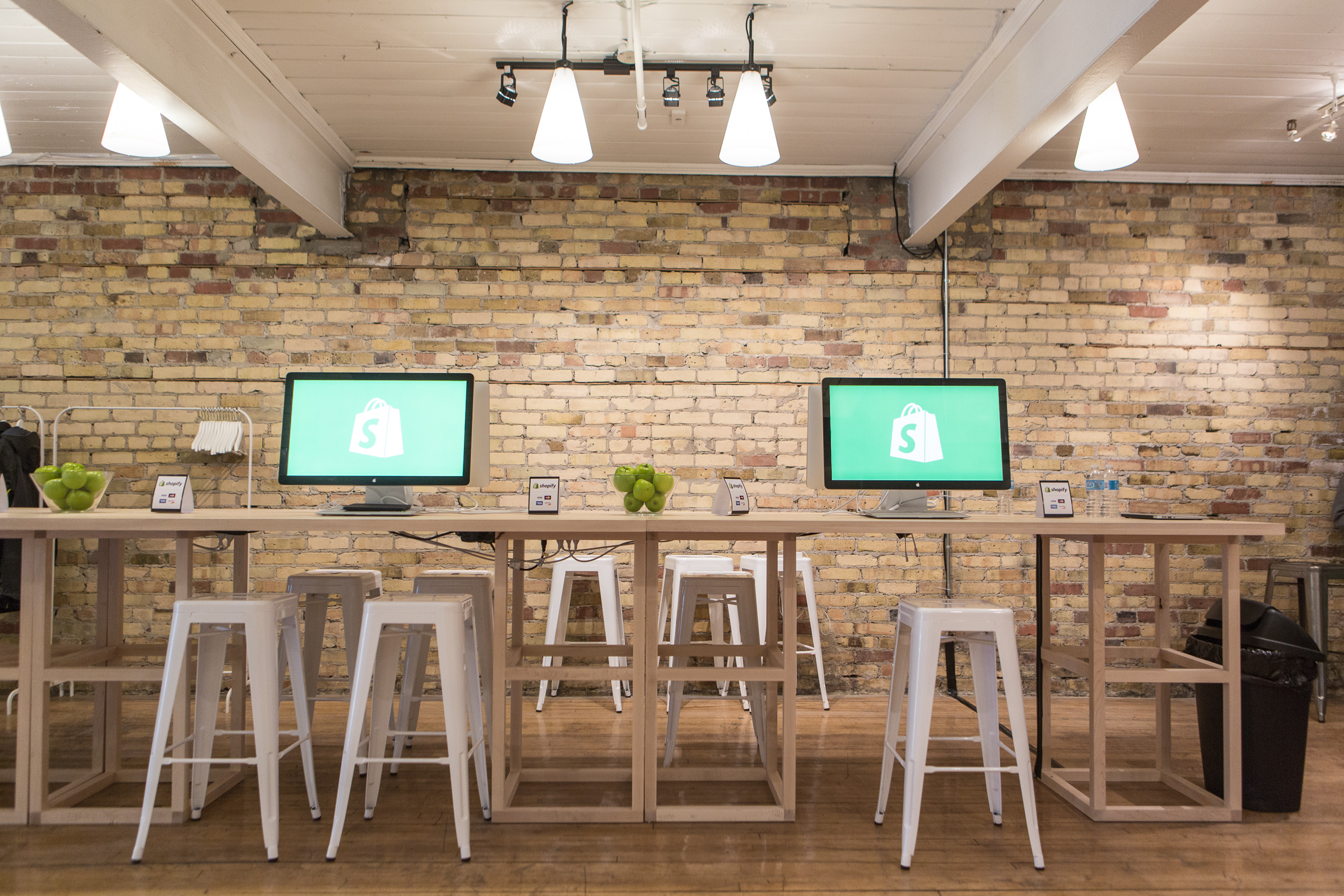 Still, there are some limitations would-be merchants will need to be aware of. First, neither Shopify PoS nor Shopify Mobile can swipe and process debit cards, which 94% of Canadians have for transactions, according to the Canadian Banker’s Association (CBA). Conversely, there are a reported 76 million credit cards in circulation across the country, too. To accept debit, retailers would have to use a separate payment terminal that can tie into Shopify PoS (the only two are Global Payments are TD Bank).

Then there’s the fact all of this only seems to work on iOS, though Android support is apparently in the works. Those not owning iPhones or iPads will have to splurge to get them.

And finally, the system is better suited to certain types of retailers, particularly clothing, jewelry and athletics. Unlike PayPal and TouchBistro, which have embraced restaurants and coffee shops, McNamara says Shopify has no interest in diving into those industries. Its target market is small businesses that generate between $0 to $50 million in revenue. 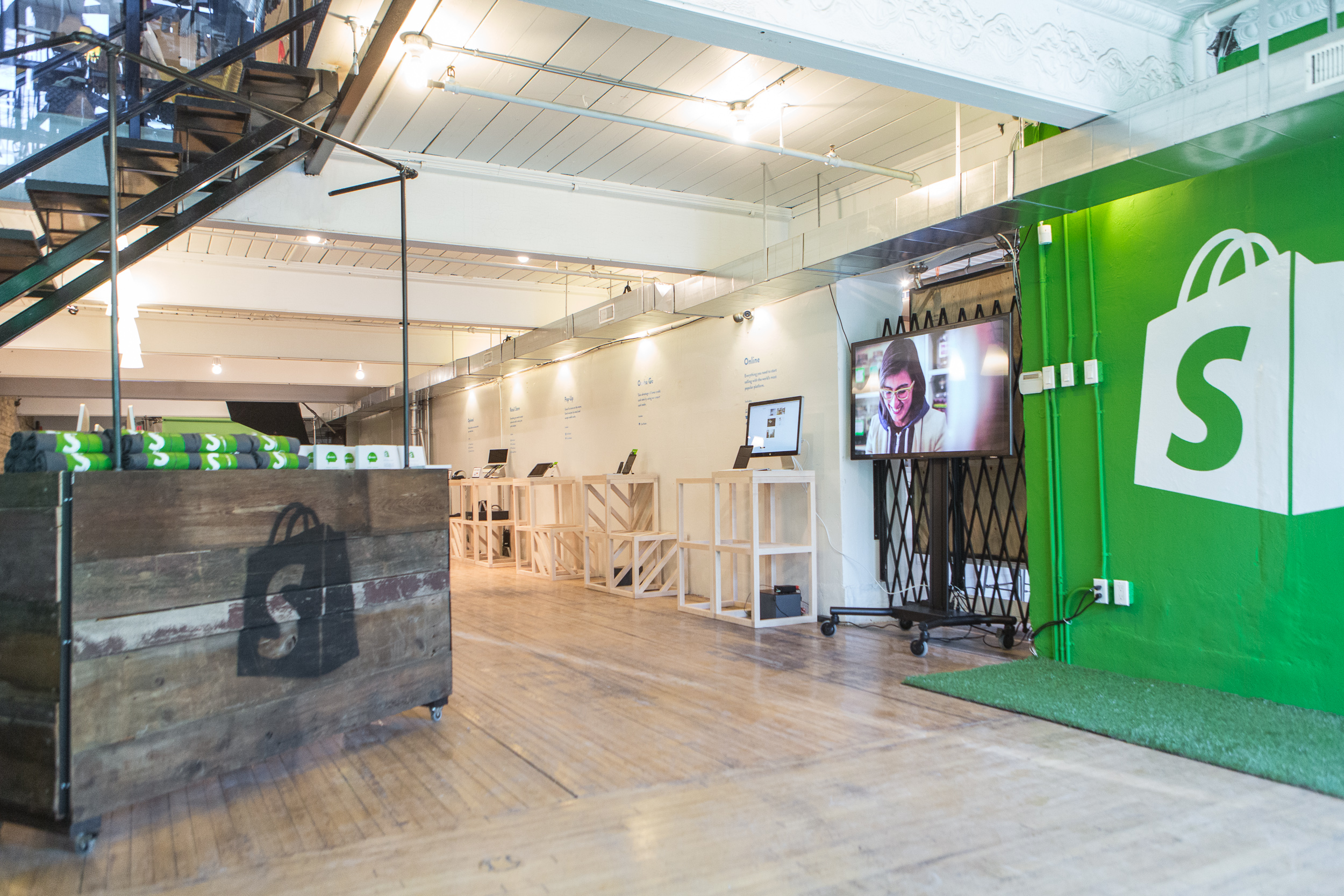 “Today’s technology might be card swipe whereas tomorrow’s might be mobile wallet, but we guarantee we’ll be very responsive,” he says. “As technologies like Internet Banking Payments get rolled out more prevalently and Apple makes their investments in touchless payments, I expect we’ll quickly follow and do what we can to smooth that process out as much as possible.”

One other distinction he points out is that clients are no longer required to sign up for a full package. In other words, they used to sign up for an e-commerce store on the Web or a Web store with PoS. Now, it’s either one or the other, or both, citing the fact that some might be more comfortable starting on the mobile side first.

“Traffic for mobile is going up and mobile checkout is starting to follow as people get more comfortable. Generally, the companies that will do really well won’t be mobile-first necessarily, but they’re going to put just as much time into designing the mobile experience as they do the desktop experience for their customers,” he says.

Shopify will have its pop-up store set up in Toronto until April 4, where retailers can pick up a free card reader and buy a PoS kit.