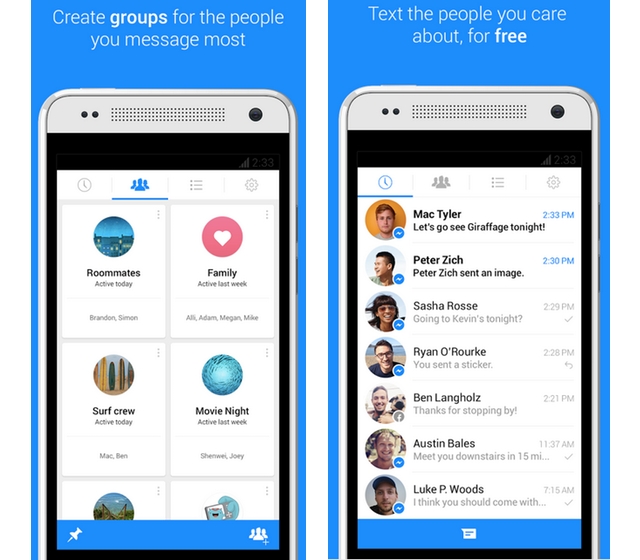 Coming out of beta, Facebook Messenger 4.0 for Android has added some fantastic new features to complement an already-robust ecosystem of web- and mobile chat apps.

Messenger 4.0 adds Groups, letting you curate an extended number of people for easy messaging. Existing group chats already populate the area, and can be saved for later in a grouping or dismissed outright.

Users can also forward messages or photos to Messenger contacts outside of a conversation, a useful feature that has been popular in other apps for some time.

Finally, conversations can be saved as shortcuts for the home screen, an under-utilized aspect of Android. While Messenger isn’t exactly the ubiquitous service of its Facebook-owned WhatsApp peer, it’s become, on Android at least, one of the nicer ones. It’s also available for iOS and, more recently, Windows Phone.

And while the feature has been available in Canada for a while, Facebook finally expanded free Messenger VoIP calls worldwide.