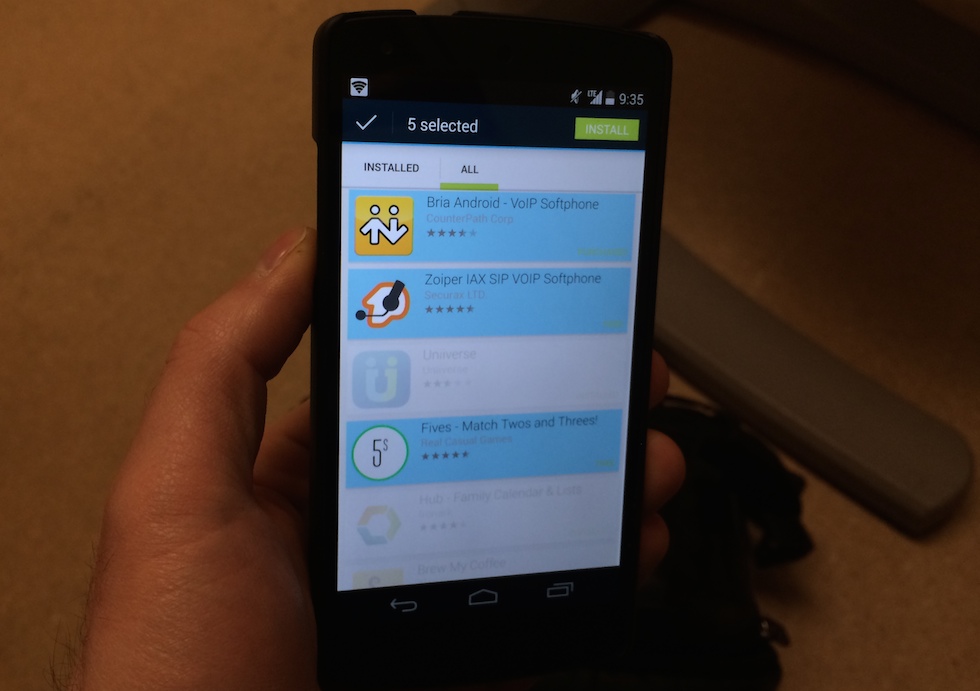 Google hasn’t updated its core Play Store app for over three months, but amidst a number of minor updates to its first-party apps, including Maps, YouTube, Translate and Search the company has seen fit to roll out a number of pretty substantial improvements.

Specifically, build 4.6.16 includes more granular password requirements for users who want to ensure young children cannot inadvertently spend hundreds of dollars on in-app purchased. Previously, the password prompt was waived for 30 minutes after a successful purchase, but the new version allows for the prompt after every purchase, as well as every 30 minutes, or never. While this feature was likely in the cards long before a mother filed a lawsuit against Google for the ease at which a child can repeatedly purchase in-app items, it’s convenient to know that the company has quickly taken steps to correct the issue.

The app’s layout has also been improved, removing the unnecessary overflow menu button in the top right corner as the Settings and Help tabs have been moved to the hamburger menu on the left side.

On a subjective note, I had a lot of issues with app installs hanging and not completing on the older version; 4.6.16 appears to have fixed the majority of these issues, thankfully.

The Play Store update is rolling out slowly over the next few days, but as always Android Police has the APK for sideloading.